A HEARTWARMING video shows the moment a Ryanair passenger steps in to pay the baggage fee for a stressed out mum.

The “hero” was filmed footing the £50 bill for the mum-of-three, after staff at Ibiza airport deemed her bag too big to be carried on board. 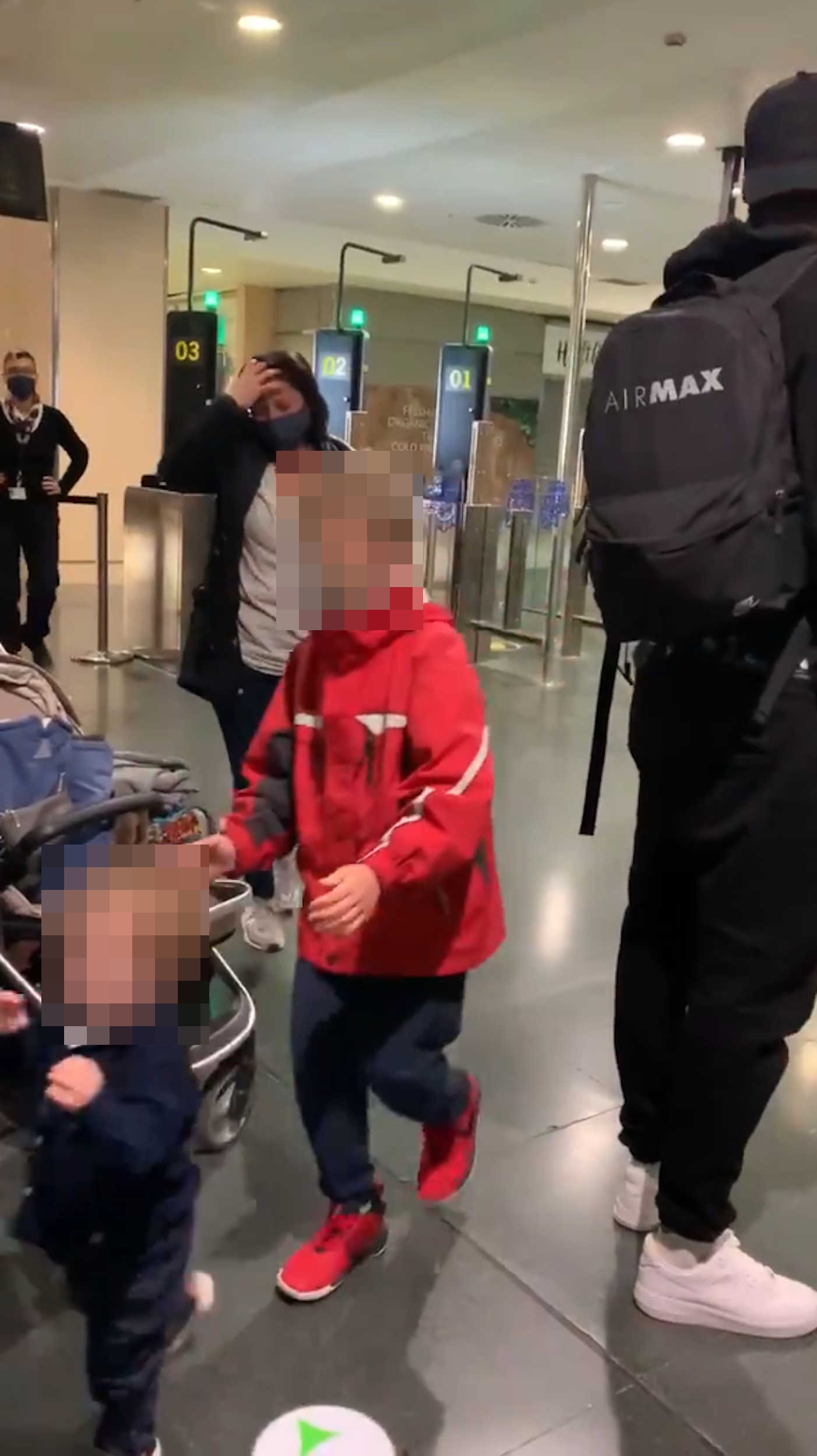 A fellow passenger captured the moment on Sunday, as the travellers were attempting to board a flight to Stansted airport.

As the video begins, the young man can be seen checking his phone near the boarding gate, while the frazzled mum struggles to decide what to do about the fee for the bag.

As two of her children chase each other around the airport, she stands at the desk looking stressed.

Seeing her distress, the stranger turns around and reassures her, saying: “It’s alright, it’s alright. Don't worry I'll pay for you." 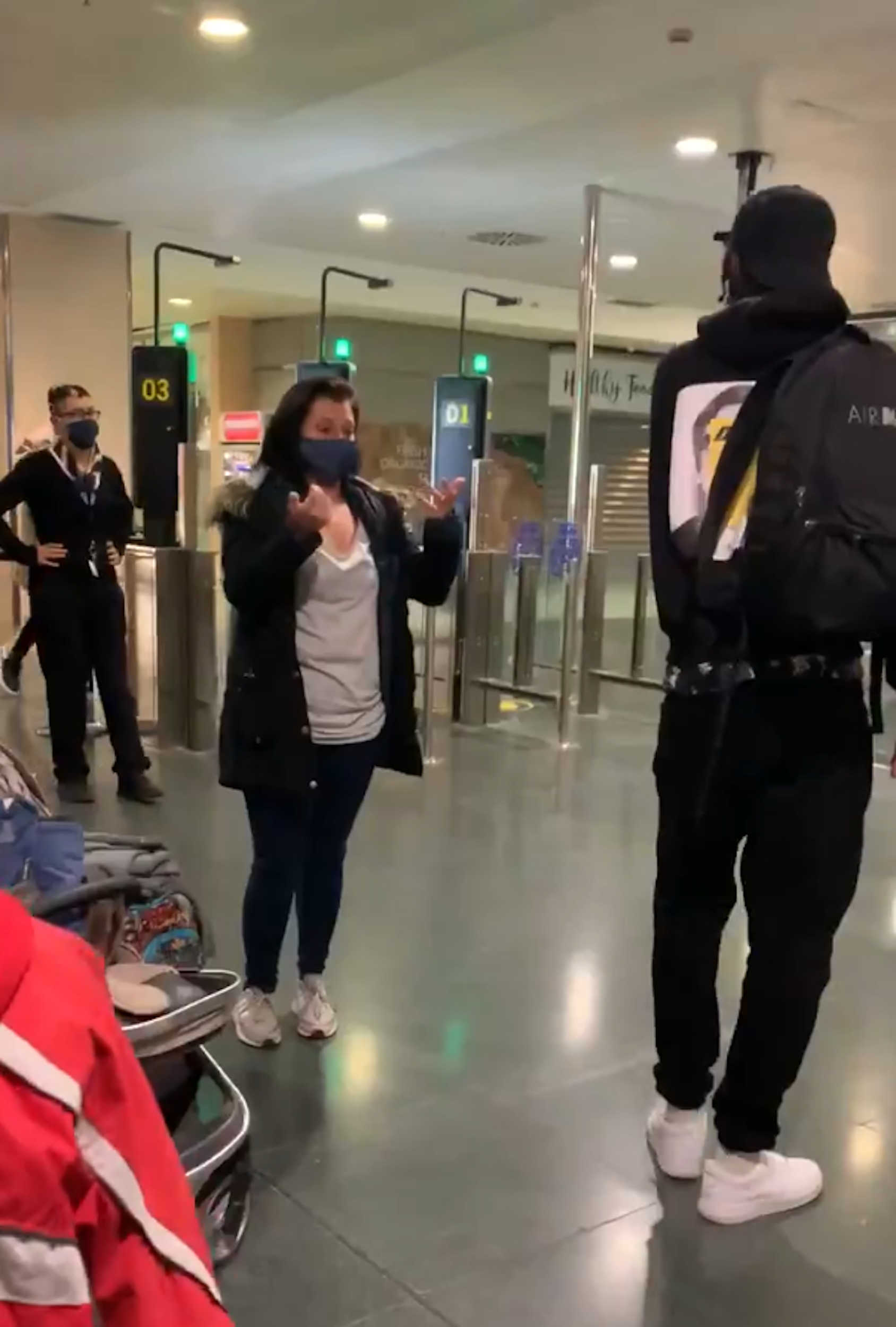 He then approaches the desk and hands over his card for payment.

The touching moment was posted on Twitter by a fellow passenger, who shared the video.

They said: “Well done to this young hero for paying the ridiculous Ryanair baggage charges for a distressed mother travelling with three kids (who wasn’t getting any leniency from ground staff).

“The flight from Ibiza to Stansted was half empty, not sure what difference a few cm would make.” 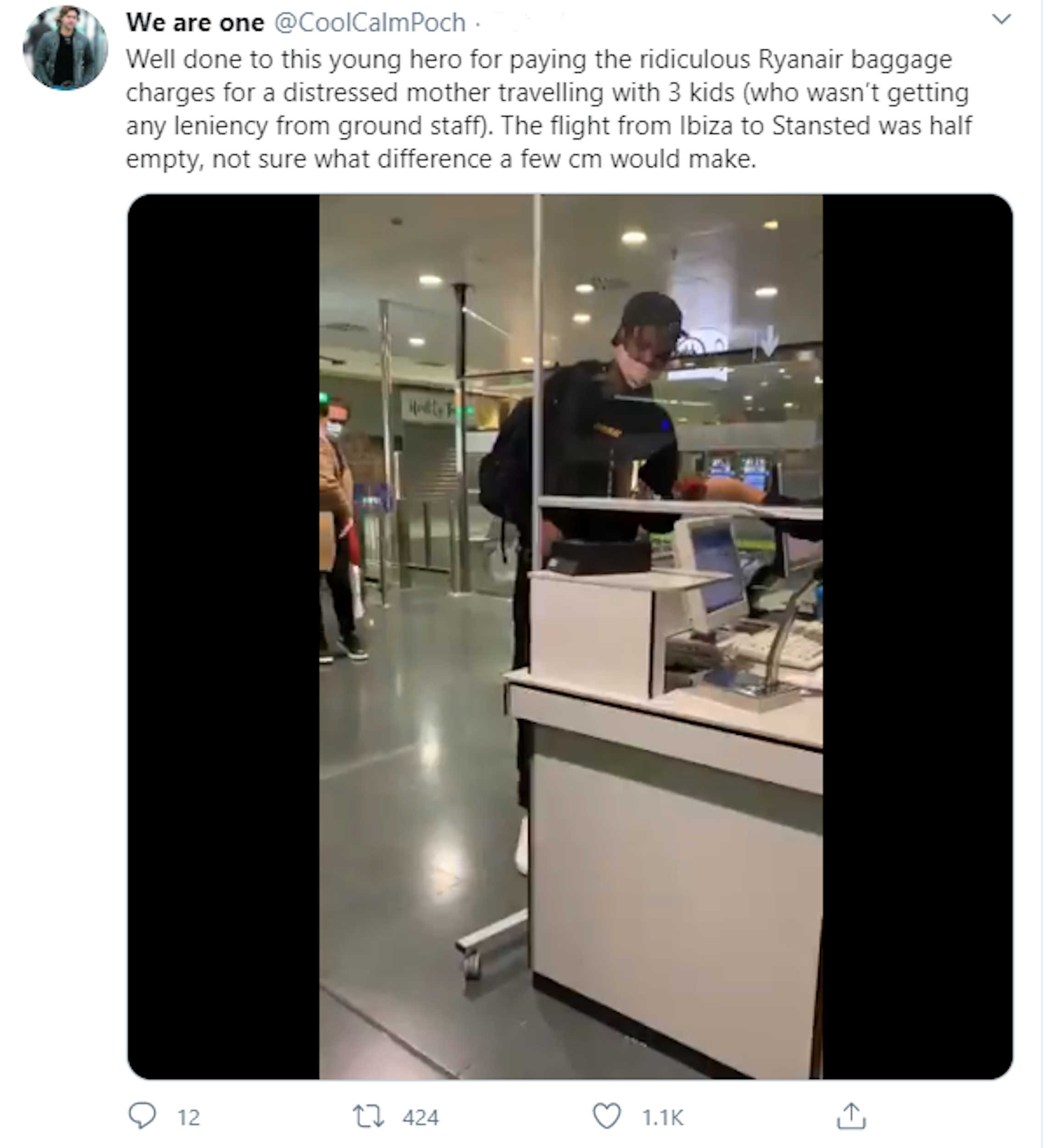 The video, which has since been viewed hundred of thousands of times, has earned the gentleman heaps of praise.

The passenger later added: “Great kid isn’t he? No idea who he is though, kept himself to himself and acted honourably and discreetly without a fuss.”

Speaking today, the 46-year-old traveller said: "As far as I could tell, the mother with her children had got caught out with a bag that exceeded the allowance on her ticket."

He added: "She was upset and rather tearful while also trying to keep an eye on her kids.

"By the time I figured out what was going on, a young man stepped up to the ground handling staff and was heard to say 'it’s okay, I’ll pay'.

"The man preferred to remain anonymous."