A YOUNG couple from Norwich who started saving for their first-home when they were 16 managed to get the keys to their two-bed house by the time they turned 19.

On average, first-time buyers are now 30 years old, but Nathan Stearman, 21, and his girlfriend Emma Smith, 19, achieved it a decade earlier. 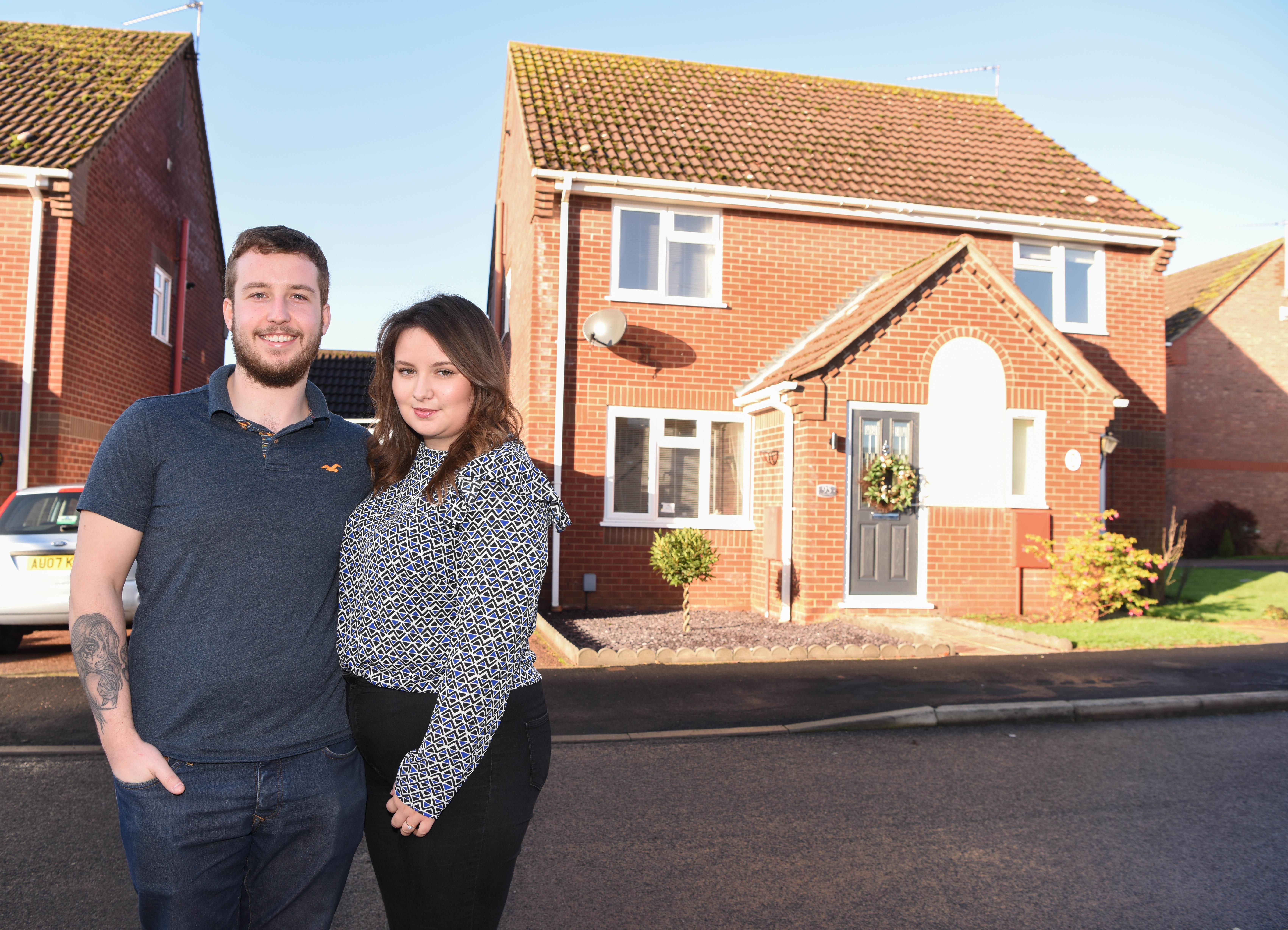 Nathan, a self-employed painter and decorator, and Emma, a book keeper, bought their home in Sprowston, Norfolk, for £168,500 in August this year after saving for between three and five years.

But youth wasn't always on their side when it came to getting a mortgage, even though you can apply for one once you turn 18.

To begin with, their broker didn't think they were being serious and even advised them not to even bother applying to some lenders because their age made them less likely to be accepted.

Emma's credit history wasn't strong either, having never taken out a credit card or even borrowed money. 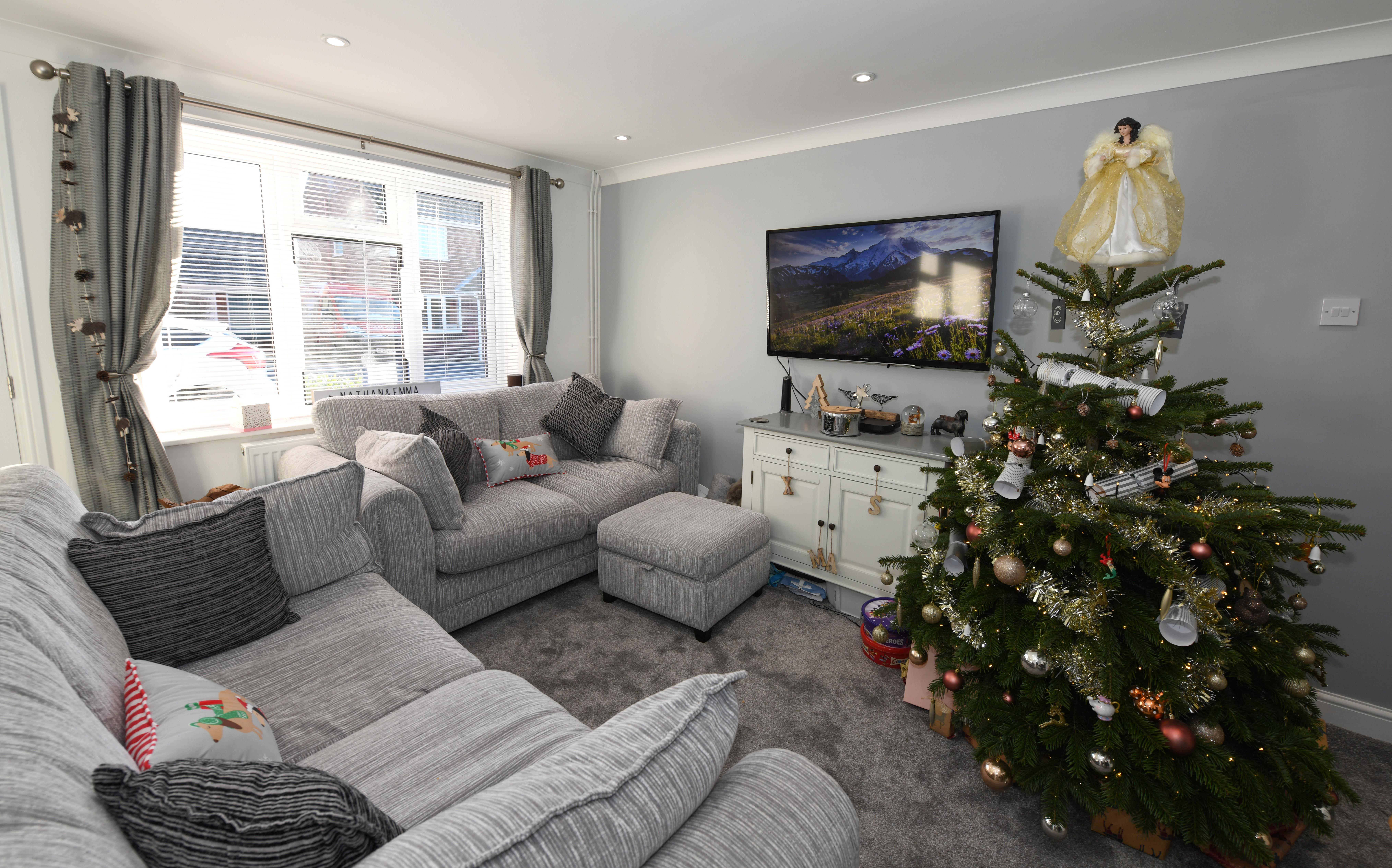 But she turned this around by taking one out to boost her score and now the couple have settled into their first home together.

Opening a Help to Buy Isa, being strict with their spending and switching gym classes to save cash, helped them save £24,000.

They put down a 10 per cent deposit, which came to £17,000 and used the rest to renovate the almost 30-year-old property.

This week in our My First Home series, we caught up with the couple to find out how they managed to get the keys to their own home so young.

How big is your house and how much did it cost you?

We moved into our semi-detached two-bed in August this year, but we've been doing it up so we didn't actually move in until December.

We've got a driveway, a garden around the back and it's in a small cul de sac. 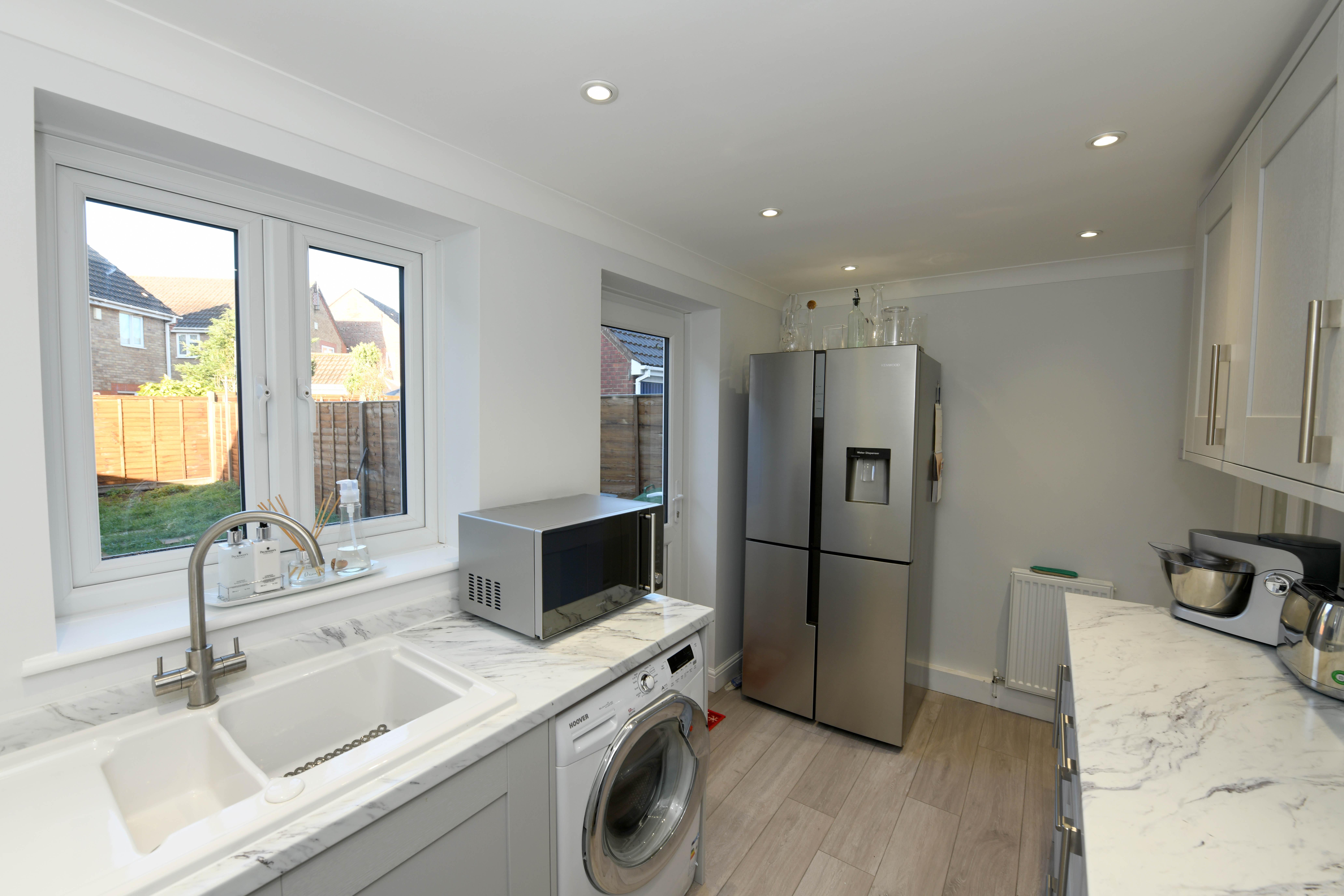 How did you manage to save up enough?

We actually saved £24,000 between us which was to cover the moving costs, deposit and the work that needs doing to it.

We both opened a Help to Buy Isa which gives you a government top up of 25 per cent. In the end, this paid for our solicitors fees which came to £1,400.

At the time, I worked as a nursery care assistant and earned £945 a month and managed to put aside £200 a month.

Are you a first-time buyer who want to share tips on how you did it? Email us at [email protected] or call 0207 78 24516. Don't forget to join the Sun Money's first-time buyer Facebook group for the latest tips on buying your first home.

I still had to pay for my car which was about £150 a month for tax and insurance, plus £90 to fill it up with petrol.

I also had to pay for my phone bill on top of that and £60 a month for healthcare treatment for my diabetes.

You're only allowed to put a maximum of £200 a month into the Help to Buy Isa so he opened another savings account for the rest. We both lived at home with our parents and were lucky that they didn't charge us to stay.

Well, Nathan was paying his family £20 a week keep but when they realised that we were serious about buying a house he didn't have to keep paying for it.

Did you have to sacrifice much to save for the deposit?

We didn't have to give up too much and we still managed to go out with friends.

I'd always budget for the night and take cash out with me, leaving my bank card at home so I couldn't overspend.

Emma and Nathan's tips on saving for a house

If we had some money left over, we'd still go out for dinner or something but it would be for a two-for-one offer so that it didn't cost us much.

We did have a rule that anything that went into our savings wasn't allowed to come out again.

It was easier doing it together because there was a lot of holding back. You have to be so dedicated.

Before we spent any money we had to ask ourselves: do we really need it? Can it wait until after we've bought the house?.

We did still manage to go on holiday though, once to Catalonia in Spain and another to Lanzarote.

Was it easy getting a mortgage at such a young age? At first, our mortgage advisers laughed when we sat down with them and explained to them what we wanted because they just thought we were so young.

We also found out that we needed a slightly bigger deposit too because Nathan's self-employed. But, we sat down with them to work it all out and they realised that it wasn't impossible for us.

They also explained that it wasn't just our savings the banks would need to consider, but they needed to look at our credit scores too.

I did take one out though to boost my score. I used it to pay for my petrol and paid it off straight away. 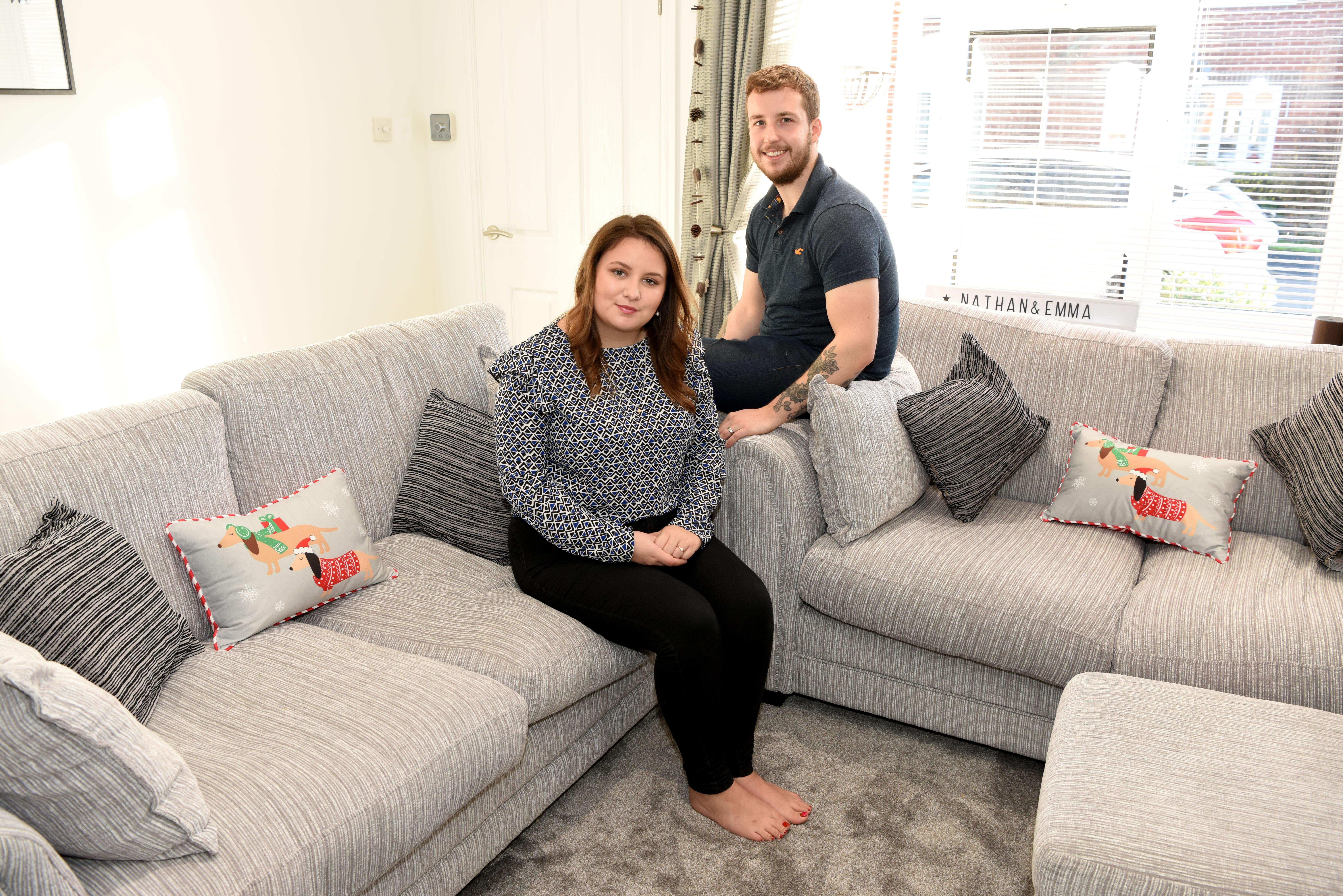 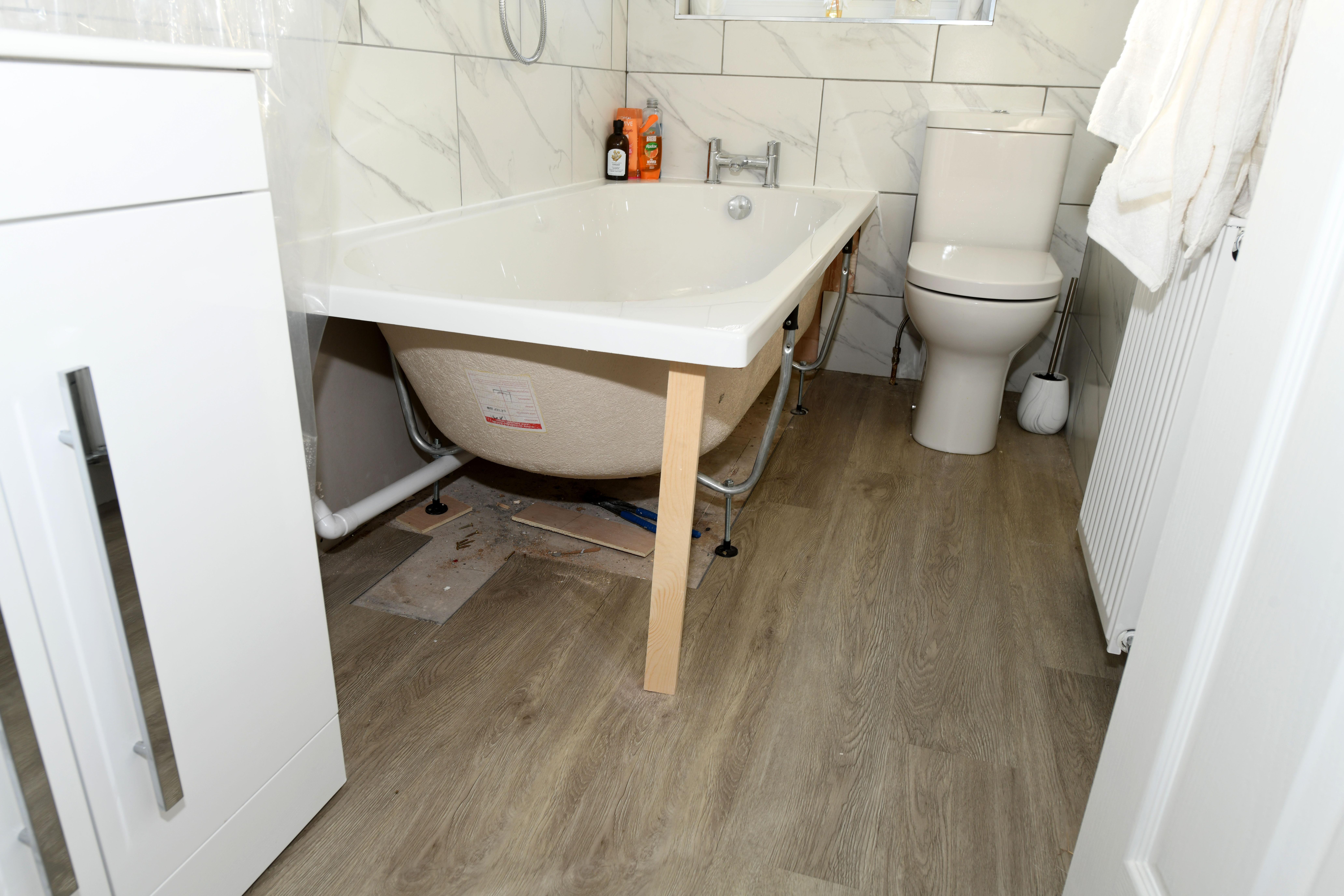 How did you afford to furnish it?

We didn't have anything when we moved in so we decided the best thing for us to do was get the furniture on a 0 per cent finance deal.

That means that we don't have to pay any interest on it for two years.

That's how we got our sofa, bed, table and dining chairs, fridge, freezer – everything.

What help is out there for first-time buyers?

Help to Buy Isa – It's a tax-free savings account where for every £200 you save, the Government will add an extra £50. But there's a maximum limit of £3,000 which is paid to your solicitor when you move.

Help to Buy equity loan – The Government will lend you up to 20 per cent of the home's value – or 40 per cent in London – after you've put down a five per cent deposit. The loan is on top of a normal mortgage but it can only be used to buy a new build property.

Lifetime Isa – This is another Government scheme that gives anyone aged 18 to 39 the chance to save tax-free and get a bonus of up to £32,000 towards their first home. You can save up to £4,000 a year and the Government will add 25 per cent on top.

"First dibs" in London – London Mayor Sadiq Khan is working on a scheme that will restrict sales of all new-build homes in the capital up to £350,000 to UK buyers for three months before any overseas marketing can take place.

Starter Home Initiative – A Government scheme that will see 200,000 new-build homes in England sold to first-time buyers with a 20 per cent discount by 2020. To receive updates on the progress of these homes you can register your interest on the Starter Homes website.

But we worked out how much it would cost us every month so we know we can pay it back in time. We treat it like another bill.

How did it feel to finally get the keys?

It was incredible. I can't even explain how it felt knowing that all of your hard work paid off like this.

A few things did come up when we started to do the work to it though which we hadn't anticipated.

For example, we took down a cupboard in the bedroom and it turned out that was a huge hole in the ceiling.

There was also a mould problem in the kitchen but it's nothing that we couldn't fix.

What are your long-term plans?

We're hoping to stay here for seven to 10 years. Ideally we'd love to rent this one out and hopefully buy another.

At the moment, we're focusing on renovating this place. We've already put in a new kitchen and bathroom and we're getting new floors, windows, doors and hoping to replace the gas central heating.

We also got engaged in earlier this year so our next project is to save for the wedding.