Do YOU know what a ‘chicken oyster’ is? MasterChef: The Professionals stuns viewers by revealing people often throw away the sweetest parts on poultry – and fans predict ‘Waitrose will soon be selling them’

The latest episode of MasterChef: The Professionals left viewers spluttering into their tea – after chef Monica Galetti revealed a secret part of a chicken that could be turned into a gourmet meal.

During the tricky chef’s skills section, Galetti asked the pros to locate the poultry’s ‘oysters’, cook them and serve them up with a pomme puree in just 15 minutes.

For many at home, the fact that chicken even has oysters was a huge revelation, with fans of the show taking to social media to express their astonishment. 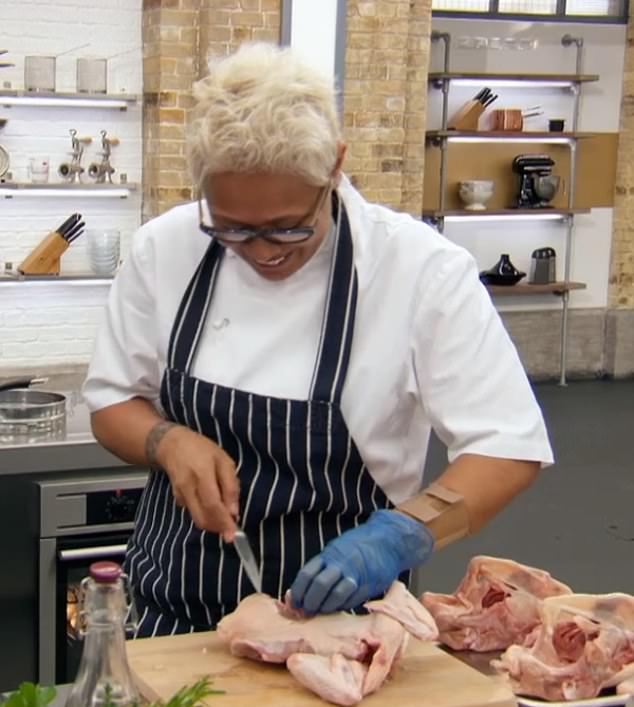 Don’t ignore the oysters! Monica Galetti centred her latest skills test on MasterChef: The Professionals around ‘chicken oysters’, a little used nugget of meat on the bottom of a chicken 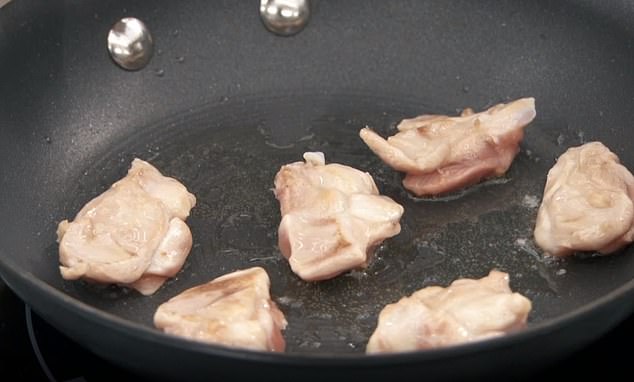 Asking chefs to locate the oysters, Galetti watched as two out of three of the chefs struggled to locate the meat on a chicken carcass…with hundreds of viewers equally stumped 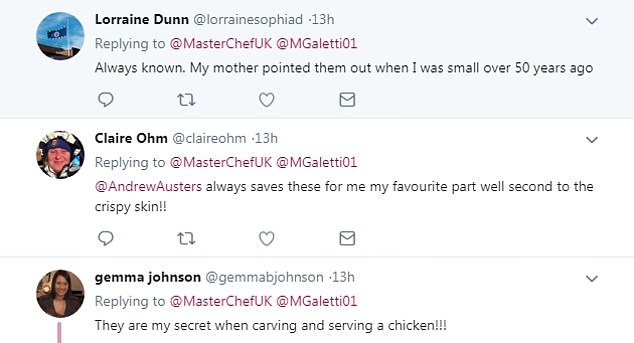 The oysters on a chicken carcass are the two oval pieces of meat that sit on the back of the bird. Often dark in appearance, they’re smoother and more flavoursome than other parts of the poultry.

@_cewhitehead admitted they’d be serving up the sweet meat to their pet pooch for years, writing: ‘Oh dear did I learn a big lesson tonight? What you call the chicken oysters I have never eaten. They are carcass flesh of chicken I feed to dog. Looks so good your way!’

@beckymillar added: ‘I didn’t even know chicken oysters were a thing! Must have binned those little gems hundreds of times.’

@paulrjburke quipped: ‘100% that Waitrose will be selling ‘chicken oysters’ thanks to @MasterChefUK and Monica’

Viewers watched as three of the professional chefs gunning for the coveted title were faced with the chicken carcasses in episode 11.

After butchering them down, they had to locate said oysters, then cook and glaze the meat, whilst also whipping up a pomme puree. 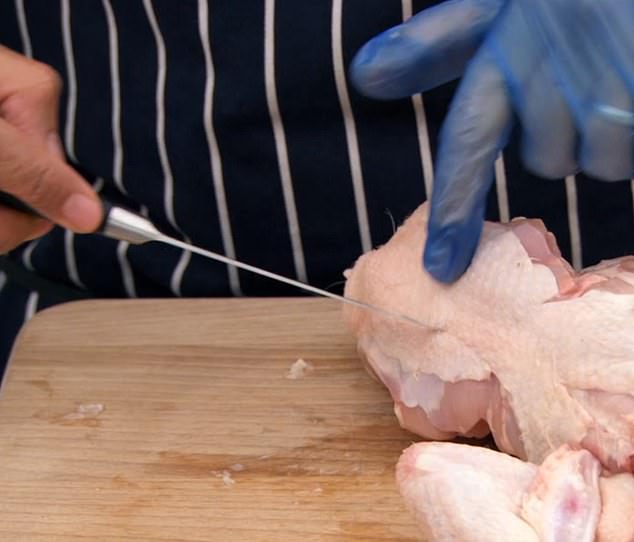 Got ’em! Chef and judge Monica Galetti points out the tender part of the chicken that people often discard 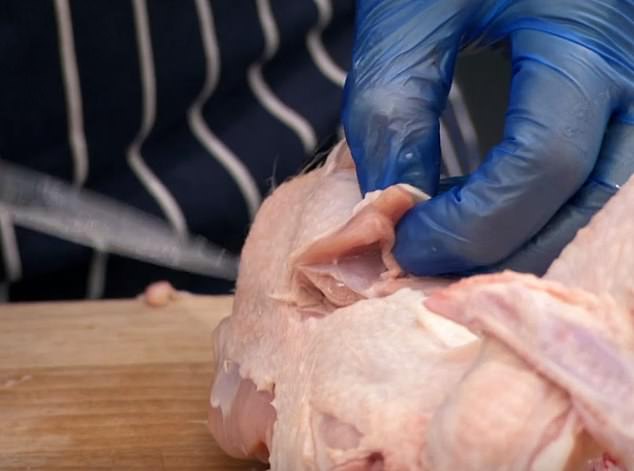 Pulling out the meat, the chef proceeded to fry and glaze them before serving them up with pomme puree 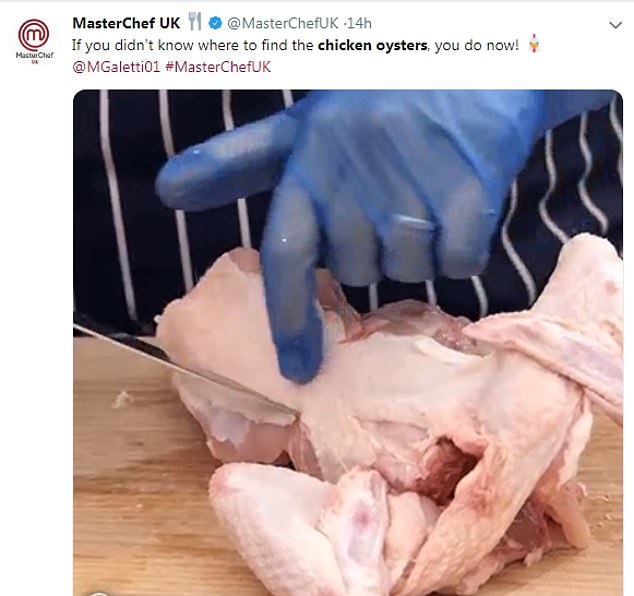 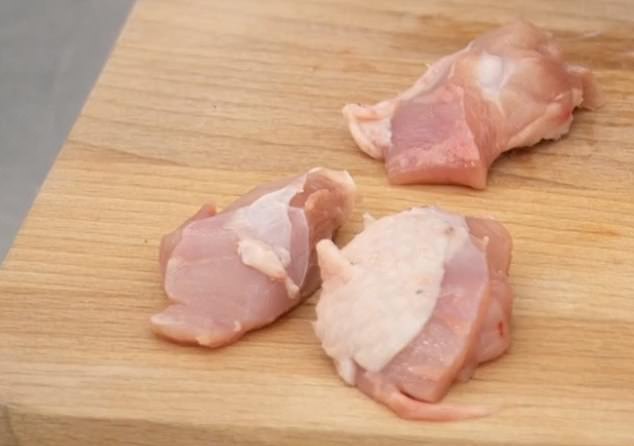 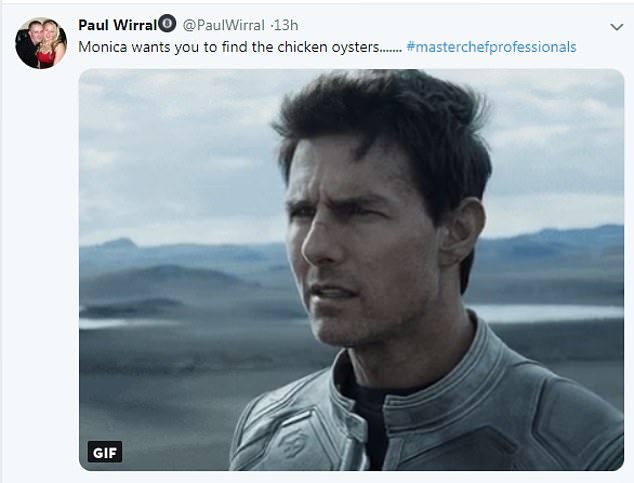 Two of the three chefs struggled to locate them, needing a gentle poultry geography lesson from the judges.

At home, many revealed they knew the meat, but just didn’t have a clue they were called oysters in the world of professional kitchens.

@claireohm penned: ‘@AndrewAusters always saves these for me. My favourite part! Well, second to the crispy skin!’

@gemmabjohnson wrote: ‘They are my secret when carving and serving a chicken!’

@haighgemini added: ‘I eat them every time when I cook chicken but didn’t know they were called oysters.’

@AnnaDunphy was perplexed, saying: ‘Chicken oysters?! Why are Monica’s challenges always so weird’