It’s really too bad that Colton sent Kirpa home on The Bachelor, because she was the source of two of the show’s greatest mysteries this season. First it was, "What happened to Kirpa’s chin?" after she showed up with a mysterious bandage a few weeks back. And now it’s, "What’s in Kirpa’s pink notebook on The Bachelor?"

During the final date before hometowns, Kirpa took a pink notebook with her for her one-on-one time with Colton. If they talked about it, that conversation wasn’t shown to viewers. But, at the end of their talk, Colton picked up the notebook and walked off with it. What’s going on here? First of all, it’s worth noting that Kirpa didn’t have the notebook when she was walking to the car to go on the date — so it must have been something production held for her until the right moment.

As for what was inside, naturally the internet has plenty of theories. Metm3501 joked on Reddit that it was "probably her burn book and she was showing him her page for Cassie." That’s in reference to how Kirpa spent a portion of her conversation with Colton talking about how women like Cassie and Caelynn were supposedly "not ready" for marriage.

Meanwhile, Jujubug4 said in the same Reddit thread that they’d hoped it would be receipts for the Cassie/Caelynn drama since no one really knows who said what or when. (I sort of thought it would be that too when Kirpa told Colton ominously, "I just want to present you with everything that I know so that you can make the best decision.")

Others joked on the Reddit thread that it was "probably a list of all the girls there for the wrong reasons" or an "iPad in a case and it’s what Colton films his vlogs on." 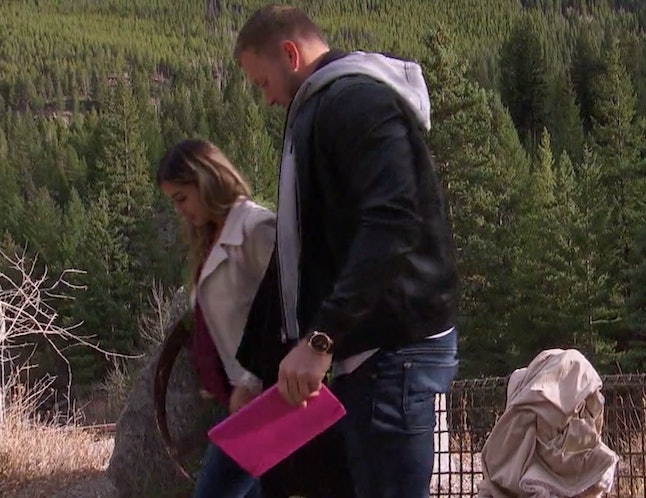 But it’s probably much more romantic/cheesy than an Arya from Game of Thrones-style list of the people Kirpa wants to seek revenge on from the show. Usually when it gets down to the final few people, contestants start bestowing gifts to the Bachelor or Bachelorette to try to show how much they’ve fallen for them. Typically these gifts are reserved for Fantasy Suite week or the finale week, but Kirpa wouldn’t be the only one who pulled it out as a last-ditch effort during a date when you know people will be sent home.

During her 2-on-1 for Ben Flajnik’s season, Blakeley Shea showed him a scrapbook she’d made of their time together. But he didn’t seem to like it all that much and sent her home that night. After all, the 2-on-1 comes pretty early in a season to be scrapbooking your lives together already.

Other notebook-esque gifts that have been given on the show include a journal of Chris Siegfried’s poems for Desiree Hartsock, a "book of thoughts" with blank pages for Jesse Csincsak and Deanna Pappas to fill in together, and a hand-drawn fairytale book about Nick Viall’s love story with Andi Dorfman. 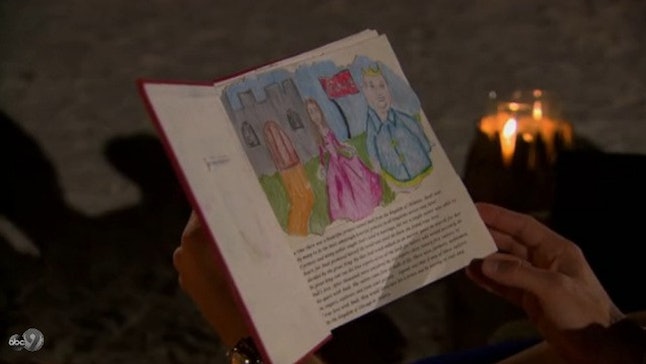 So, since a journal is one of the only items not banned on the show (unlike music, books, magazines, and the internet), the notebook was probably Kirpa’s thoughts about the show and Colton. She probably wanted to share them with Colton to show how her love had grown. Perhaps it was an attempt to have him see things the same way and choose her for a hometown date. Viewers probably didn’t see this moment because the conversation about Cassie overshadowed anything else. And the notebook ultimately didn’t work anyway, because Colton eliminated Kirpa on that date.

But that’s just a guess. Kirpa could elaborate on social media if she wants to clue fans in about the notebook’s contents. Just like with the chin bandage, they need to know. Fortunately, ABC released a deleted scene after the chin episode that revealed Kirpa fell while taking a selfie and needed a bunch of stitches in her chin that week. Maybe the show will release a deleted scene about the notebook next. It’s the least they could do for inquiring minds now that Kirpa isn’t on the show anymore to clue us in there. Until then, the internet is free to speculate to their heart’s content.