As the saying goes, some people wear their hearts on their sleeves. And when it come to Winx, Angela and Lloyd Menz also wear their love of the undefeated mare on their backs, fronts, and even their heads.

The father and daughter racing fans are hopeful of another Winx win in today's Cox Plate, even if it means more work at the sewing machine on their matching blue and white outfits. 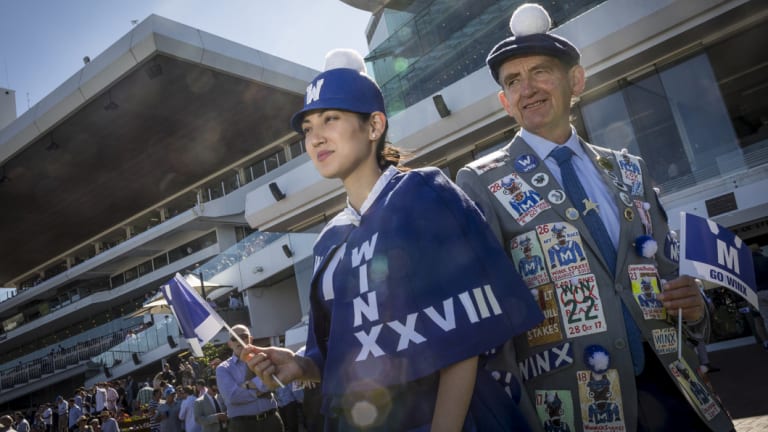 Familial fans … Angela and Lloyd Menz have channeled their love of Winx into their racing fashions.Credit:Chris Hopkins

Ms Menz, who is trained in fashion and millinery, is gearing up for today's Cox Plate by whipping up a new dress and possibly a new cape for the outfit she first wore in 2017 – but like any racing fashion doyenne, she's not giving too much away. She will also wear her blue Winx hat, with its signature pompom, and carry her "WINX" clutch. 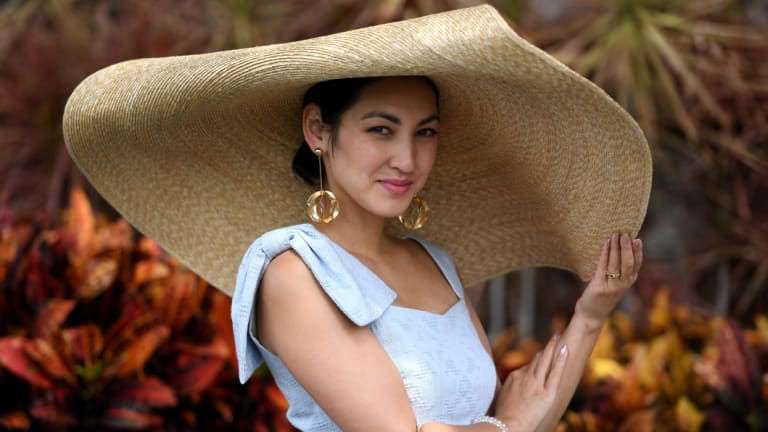 As a seasoned fashions on the field entrant with more than 100 starts, Ms Menz still thrills in pulling together a look, although this year she'll be on the other side of the judges' table at Flemington.

"I always make my whole outfit. In the whole time there have been two or three exceptions and I would still have something on I have made," she said.

Winx isn't the only horse Ms Menz, 34, has dressed up for; she previously donned salmon for Black Caviar, and red and black for Takeover Target.

But Winx, which is racing for her fourth consecutive Cox Plate, is in a league of her own for the lifelong racing fan and her father, who has a custom Winx jacket that has seen its share of alterations as the horse keeps winning.

"It was really dad who got into [Winx]. He noticed she kept winning and it was something to keep an eye on … he started making the jacket a few meets before he wore it. He has painted it, hand-sewn it – a lot of people think I have something to do with it but it's all him."

Mr Menz, 74, who lives in Canberra, said the jacket was a tangible "expression of my excitement" about Winx.

Each card sewn on the jacket represents a win, so suffice to say the jacket has needed a few updates. But Mr Menz doesn't want to think about how many hours he has spent on it.

"My sewing skills aren't very good. The hard part is … well I started at [win number] 17 … now I have to have 14 on the back. You have to keep taking them off and shifting them to make space. I wouldn't want to guess how much time I spent on it – it would be an embarrassment."