Carly Cushnie, chief executive officer and creative director of Cushnie, the women’s ready-to-wear and bridal brand, has decided to shut down her business, the latest victim of COVID-19 and the difficult retail environment.

In a letter to the media Wednesday, Cushnie said the fashion and retail landscape has become “increasingly challenging over the years” for designers.

“While my brand has persevered through unending headwinds, the effects of COVID-19 have hurt my business beyond repair, and it is with great sadness that I share Cushnie will be closing its doors,” the letter read. Pre-fall is the last collection produced and shipped.

According to sources, Cushnie’s business generated over $10 million .

The designer, who launched her business with Michelle Ochs in 2008 under the label Cushnie et Ochs, has been on her own since 2018, when Ochs, cofounder and designer, left the company. Together they had built a business known for its bold sensuality and minimalist sophistication, and it reportedly was a difficult break-up.

Re-branding the business under her own name, Cushnie became the majority owner and continued in that sleek, modern and minimalist direction and was regarded as a promising young talent.

Reviewing Cushnie’s spring 2019 collection, her first on her own, WWD wrote, “The vibrant colors of Cushnie’s family’s native tropical islands, its lushness and its sensual, joyful spirit served as inspiration for the designer’s pretty lineup, which — in keeping with the brand’s authentic spirit — was focused on a powerful, assertive femininity expressed through sharp, minimal silhouettes.”

For her fall 2020 collection, WWD wrote, “Cushnie’s ability to add graphic, architectural appeal to her elegant array made for an intriguing, pretty fall collection.” 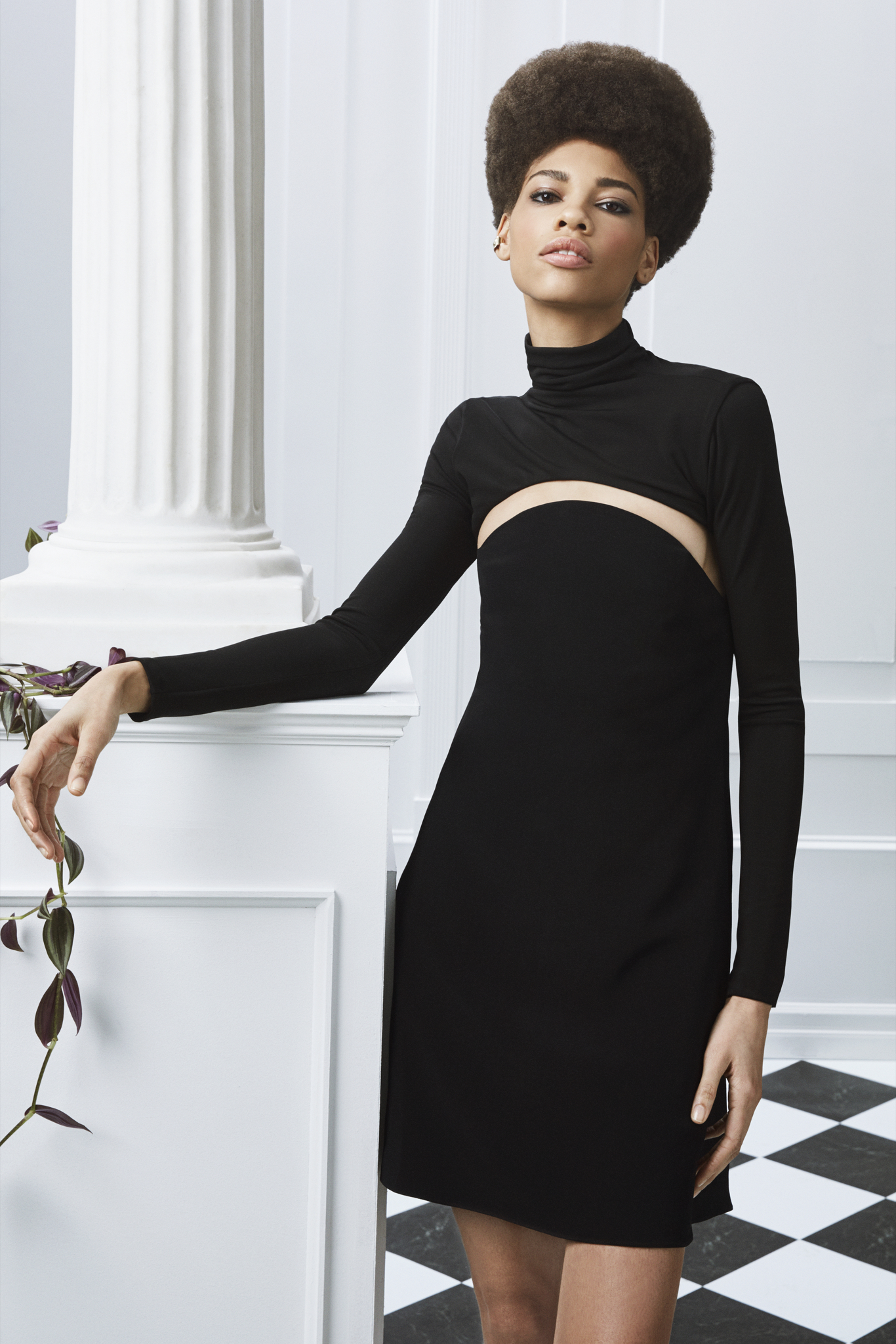 Cushnie dressed such celebrities as Michelle Obama and Beyoncé, was named to the board of the Council of Fashion Designers of America and participated in the CFDA Vogue Fashion Fund. She also was one of the first Black designers to launch a successful collaboration with Target, which was launched last May and quickly sold out.

“While there are many achievements I am so proud of, it would be neglectful not to acknowledge having to fight much harder than my male peers to afford the same opportunities,” she wrote. “One of the great ironies of the fashion industry is that while it caters to and profits from women, it has never felt like an industry that supports them. This is especially true for women of color.”

A driving force of her career has always been to set an example for young women of color, “and I am confident and hopeful that the distance I have traveled will help to pave the way for the next generation of diverse talent,” she said.

“As one of the few Black female designs to achieve this level of success, I am both humbled and empowered by the undeniable mark that I have made,” she said. 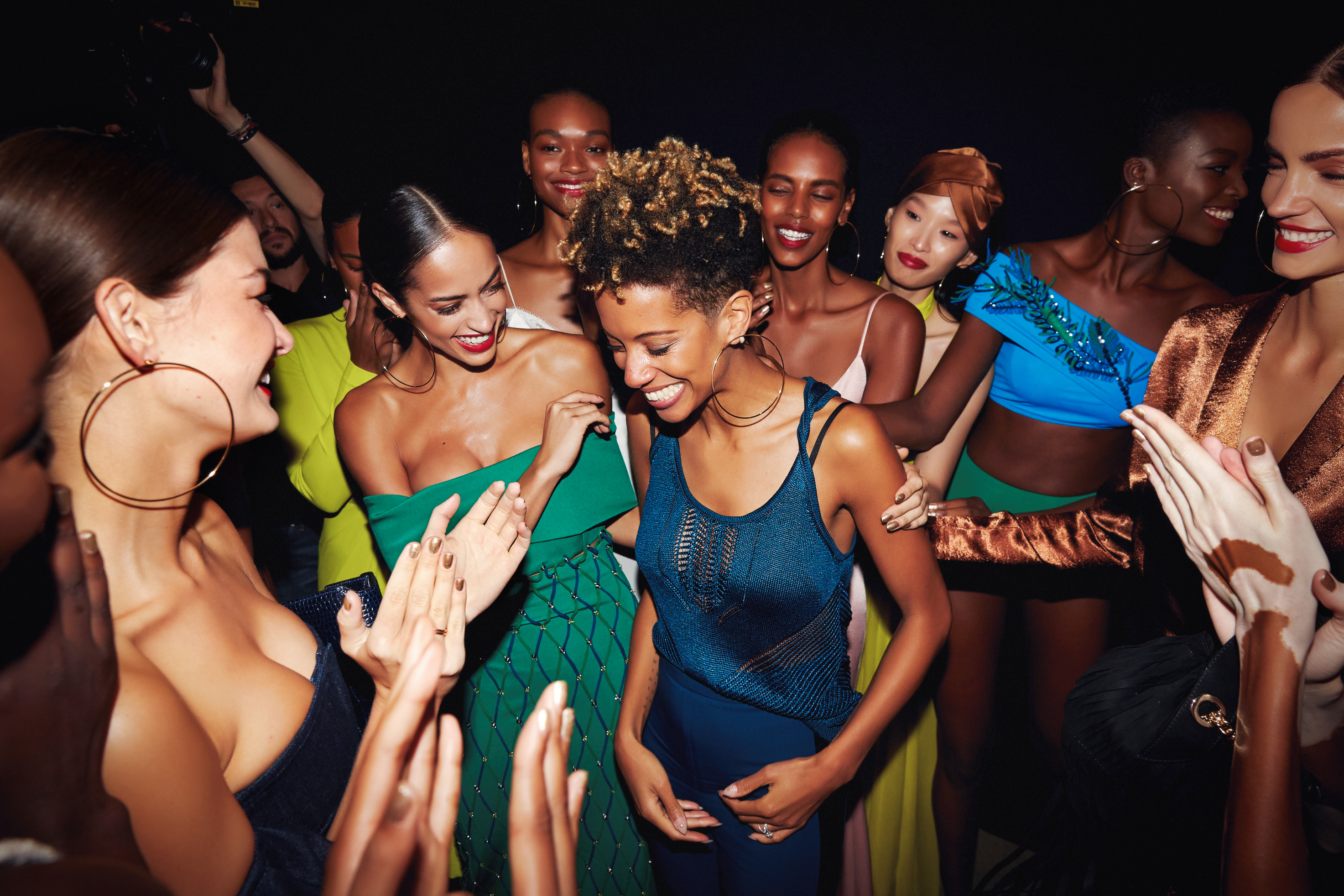 She said that while this year has been challenging, it has allowed her time “to reflect, rest and align my goals, and my passion for design has never been stronger.”

“I recognize the power of my presence and will continue to fight for the causes and values I believe in and will always continue to create,” she added. She said she looks forward to embarking on what’s to come.

In an interview Wednesday, Cushnie explained that this year significantly impacted the business and her team. At the start of the year, the brand had 13 full-time employees but was forced to furlough 30 percent of the staff at the height of the pandemic in May. The remaining team carried the brand through to the closure.

“Outside of the internal employees, 95 percent of the Cushnie collection is designed and produced in Manhattan — this is something that has always  been very important to me, and something I have always been proud of,” said Cushnie. “I am disheartened that I will no longer be able to provide business to my longtime production partners here in the Garment District,” she said.

When asked whether the business’ closure was due to cash flow problems, Cushnie replied, “In the fashion industry, cash flow is always a juggle, but when COVID-19 hit and product orders were canceled across the board, it pushed my brand into an especially difficult position.”

She said that pre-fall is the last collection that was produced and shipped. “The fall collection went to market and orders were placed, however, production was put on hold once lockdown ensued and many orders were canceled,” she said.

Besides Gary Wassner, chief executive officer of Hilldun Corp., and chairman of Interluxe, Cushnie had no other partners in the business.

She noted that she launched her bridal business in 2018 on Net-a-porter, and it was carried by many of the brand’s top retail partners and specialty stores. She had no licensees.

Wassner said Wednesday, “I’m very close to her, and it’s very sad and disappointing. There is a future for Carly and the brand.”

While premature and inappropriate to discuss, Wassner said, “There are a number of interested parties in different formats.” Asked whether Cushnie would be involved, he said, “The brand is nothing without Carly.”

Anna Irving, senior vice president, general merchandise manager of women’s designer ready-to-wear at Saks, said Wednesday, “Saks has supported Cushnie for many years and embraced Carly’s designs that empower women and celebrate their sensuality, strength and confidence. She helped pave the way for new and emerging brands, operating within the white space of approachable luxury within our Designer Lifestyle collections.”

Steven Kolb, ceo of the CFDA, said, “Carly  is a valued member of the CFDA, and she’s contributed so much to New York Fashion Week and American fashion. She’s talented, and I look forward to seeing what her next chapter will be.”

Originally from London, Cushnie attended Parsons School of Design in both Paris and New York, where she received her B.A. in fashion design. Cushnie and Ochs met while they were students at  Parsons, where as seniors, Ochs won Designer of the Year and Cushnie was runner-up. A year later, they launched their label. Cushnie et Ochs was a winner  of the Ecco Domani Award (2009), a ﬁnalist for the CFDA/Vogue Fashion Fund (2011) and a nominee for the CFDA Swarovski Award (2013).

In 2015, Cushnie et Ochs sold a minority stake in the business to Farol Asset Management and a group of fashion insiders, including Wassner, who made a personal investment. Farol hasn’t been involved since Ochs left.

On her own, Cushnie extended her handbag line and launched denim and bridal.