MIAMI BEACH — Mitchell Kaplan remembers Lundy’s market with the kosher butcher shop, Friedman’s Bakery and the Art Deco synagogue down the street. He remembers the Yiddish in the air. He remembers the deli-grocery where he picked up a sesame bagel with cream cheese on the way to school.

Back then, everyone on South Beach — the southern tip of Miami Beach — was much older. “They were all like my grandparents,” Mr. Kaplan said the other day.

It was the late 1970s, the beginning of the ’80s, and South Beach was a Jewish retirement village, a tropical shtetl, some people called it, a shtetl with palm trees. “It was so Jewish, I thought everybody in the world was Jewish,” said Mr. Kaplan, who grew up on South Beach, started the independent bookstore, Books & Books, and was a founder of the Miami Book Fair.

It was a world that vaporized as developers poured money into South Beach, turned it into a flashy, artsy American Riviera. Friedman’s bakery is an Argentine fast-food place now. The synagogue is a museum.

But two young photographers made a project of capturing life in the South Beach shtetl and their work has been revived in a new book of photography, “Shtetl in the Sun,” and a documentary film, “The Last Resort,” which is being shown in theaters around the country. 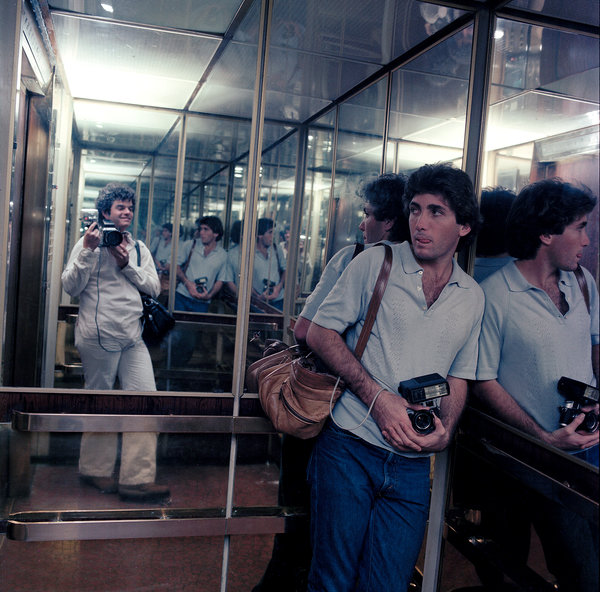 “Shtetl in the Sun,” is filled with photos by Andy Sweet, cherubic, always smiling, every bubbe’s darling. He shot in color with a Hasselblad. His photography partner, Gary Monroe, used a Leica. He worked in black and white. In the documentary, photos, reminiscences of Mr. Kaplan and others, archival footage and video of South Beach today tell the story of the shtetl with palm trees and its passing.

The faces are soulful, ambiguous. Sad, but not terminally sad. Happy but not endlessly happy. Sometimes it looks like resignation, or maybe weariness, or longing. A man in a powder blue sport coat looks annoyed. “Yeah, what about it?” his tight face seems to be saying.

One black-and-white shot cuts across a man’s torso and forearms, one arm scarred with a concentration camp tattoo. In another photograph, three women in a party crowd seem alone and isolated, even from each other, absorbed in grave thoughts. A little distance behind them and unawares, a man in a checked sport coat and pointed paper hat beams into the camera.

The life they were living had been decades in the making. They were working-class New Yorkers, people from other cold places, Chicago, Philadelphia, Boston; Holocaust survivors. They had ended up with little money. Miami Beach had drifted out of favor with tourists. Frank Sinatra and his crew and Jackie Gleason were gone. The Art Deco hotels were getting ragged and renting for almost nothing.

But there was plenty of sunshine, and always a nice breeze riffling the palm fronds. They played cards and mah-jongg and shuffleboard on big concrete courts and danced at parties, lots of parties.

“What could be better?” says a man in an unbuttoned blue dress shirt in some vintage footage.

But people missed their families up north, their children, their grandchildren. “Fun?” one deeply tanned woman says into the video camera. “Nothing. I sit on the porch. This is my fun.” A woman in a sleeveless, knit, aqua blouse says, “Some of these parents have not heard from their children in years.”

The book and the film might never have been possible if not for a burst of luck after several calamities. On Oct. 16, 1982, Andy Sweet was murdered in his apartment not far from South Beach, stabbed 27 times. Three men were implicated. One went to prison. Mr. Sweet may have known them. Cocaine and sex may have been factors. “It was really never that clear,” his older sister, Ellen Sweet Moss, says in the film.

Mr. Sweet’s family entrusted thousands of his South Beach negatives to an art storage company. Somehow everything was lost. Then Stan Hughes, the partner of Mr. Sweet’s sister, took a stack of comics one day to the family’s household storage locker. As he was leaving, his eyes fell on some long, flat boxes. One label read: “Work Prints 371- 440, Roll #5.”

Mr. Hughes had stumbled upon work the family hadn’t known existed, hundreds of Mr. Sweet’s rough work prints, contact sheets and even some big, finished prints. Many were badly faded. Mr. Hughes, who had taught animation and Photoshop to college students in Chicago, spent the next 10 years, off and on, restoring the photos. Ms. Sweet Moss put some on Facebook and, two years ago, they became the inspiration for the book and the film.

By chance, Mr. Sweet’s path in life meandered close to Mr. Kaplan’s. They were a year apart at Miami Beach Senior High School. Mr. Sweet was on the school newspaper. “I remember him always with a camera around his neck,” Mr. Kaplan said.

“Andy was such a talent,” Mr. Kaplan said. “So many things could have been.”

Brett Sokol, a contributor to The New York Times and the arts editor of Ocean Drive, and Francesco Casale, a photographer and graphic designer, published “Shtetl in the Sun,” at their nonprofit Letter16.

Dennis Scholl, one of two directors of “The Last Resort,” said he originally thought the film was going to be mostly about Andy Sweet and Gary Monroe and a little about the Jewish community on South Beach. But, he added, “the reverse turned out to be true.”

The film had an initial run in New York at the turn of the year. “After the shows in New York,” said Kareem Tabsch, the film’s other director, “we asked people, ‘How many of you have relatives who spent time in South Beach in the 1970s and early ’80s?’”

“Half the audience,” he said, “raised their hands.” 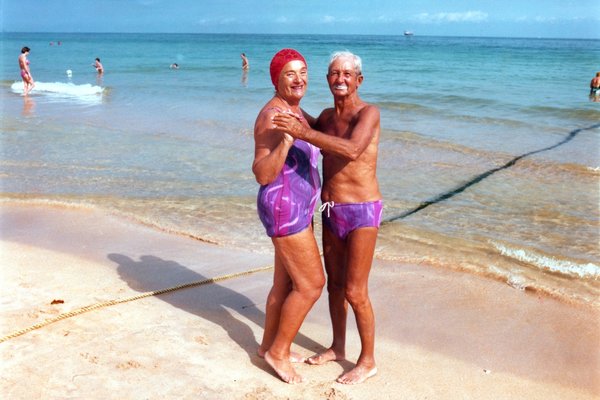