TOWIE star Bobby Norris arrived at 10 Downing Street to hand in a petition to make online homophobia a criminal offence on Tuesday.

The Essex favourite, 32, snapped a selfie with the iconic Larry the Cat as he posed outside the famous residence.

Bobby handed in his petition after it reached a staggering 100,000 signatures, which means it will be considered for a debate by Parliament. 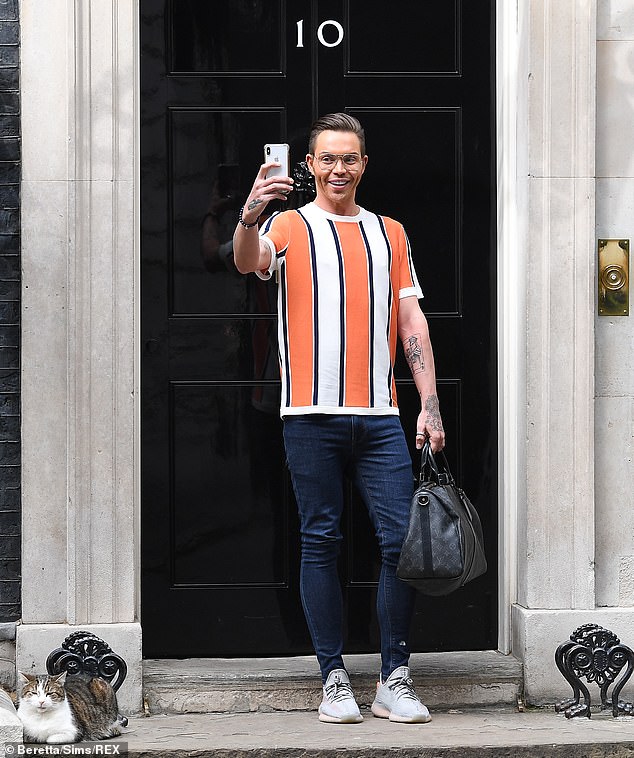 Proud: TOWIE star Bobby Norris arrived at 10 Downing Street to hand in a petition to make online homophobia a criminal offence on Tuesday

Bobby cut a casual figure as he arrived at Downing Street in a statement orange and white striped top, with his petition emblazoned with the iconic rainbow of the LGBT community.

As he headed to the front door, the star took a moment to grab a snap with Larry the official mouse-catcher, who was right at home as he perched happily at the front door.

After snapping a slew of Downing Street selfies, Bobby could be seen handing his petition to a security guard at the door. It is unclear whether he was allowed the enter the famous house.

MailOnline has contacted a representative for Bobby Norris for more information. 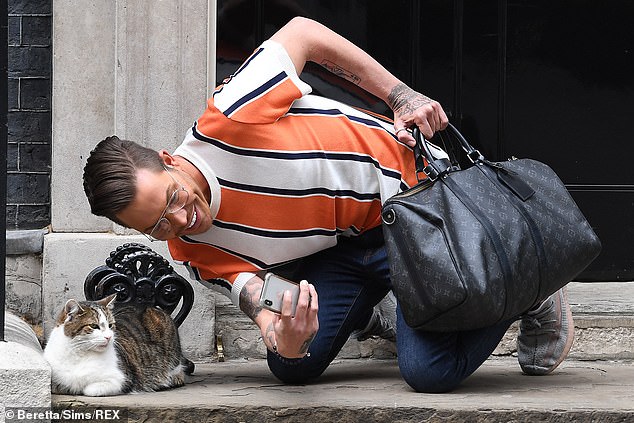 Big cause: The Essex favourite, 32, snapped a selfie with the iconic Larry the Cat as he posed outside the famous residence 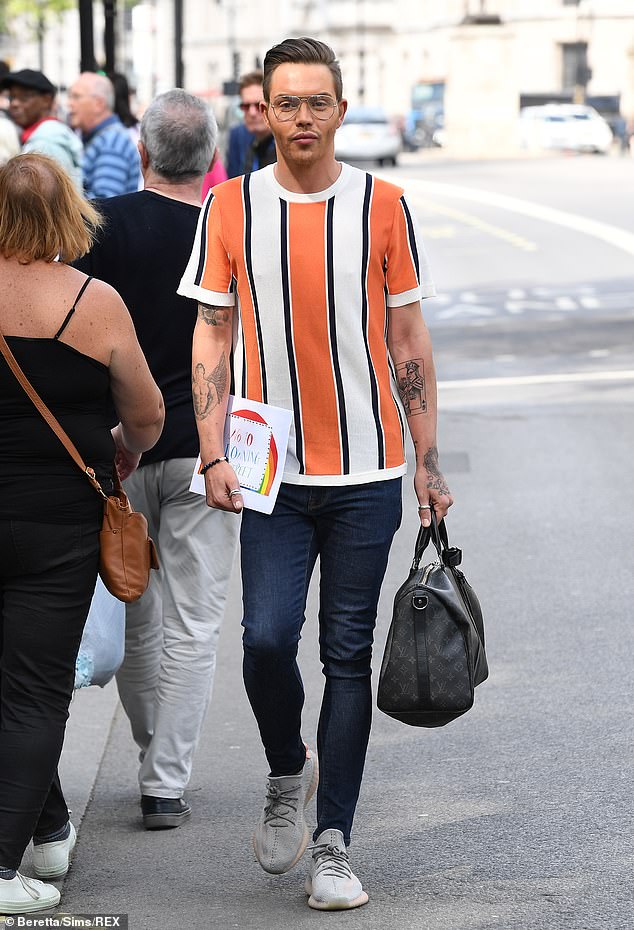 He’s here! Bobby cut a casual figure as he arrived at Downing Street in a statement orange and white striped top 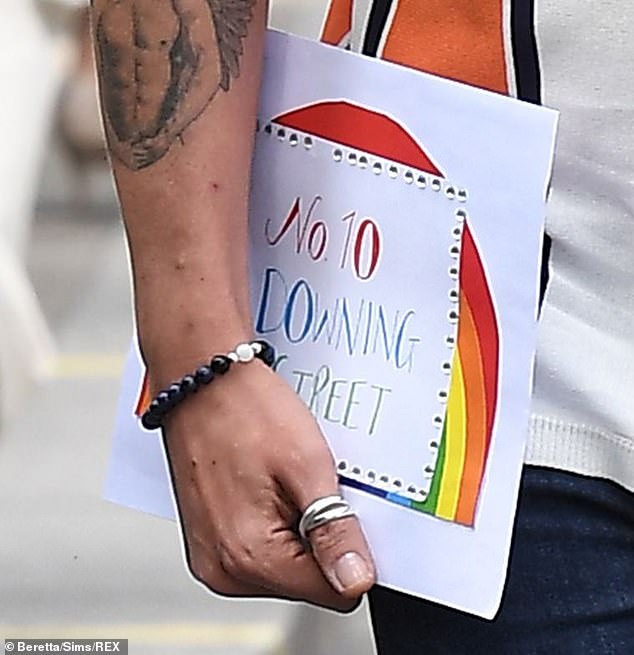 Important: His petition was emblazoned with the iconic rainbow to represent the LGBT community 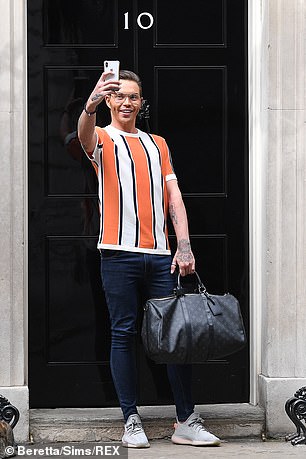 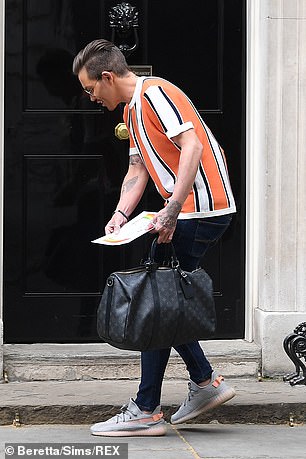 Smile! As he arrived at Downing Street, Bobby posed for a selfie at the iconic front door after vowing to make such online homophobic trolling a criminal offence

Bobby has spoken openly about his homophobic abuse he has received on social media, and in February launched the petition to make it a criminal offence.

In the petition the star explained: ‘As a gay man I find it devastating how members of the LGBT community are still subjected to homophobic abuse online.

‘Just because I am on TV I don’t think that makes it acceptable to be sent homophobic messages/ comments on social media platforms. Nobody should have to receive these comments.

‘I won’t go into detail as to the various names I have been called, but this should not be acceptable and can have an impact on people’s mental health and has certainly helped in making my anxiety and low self esteem worse by receiving them.’ 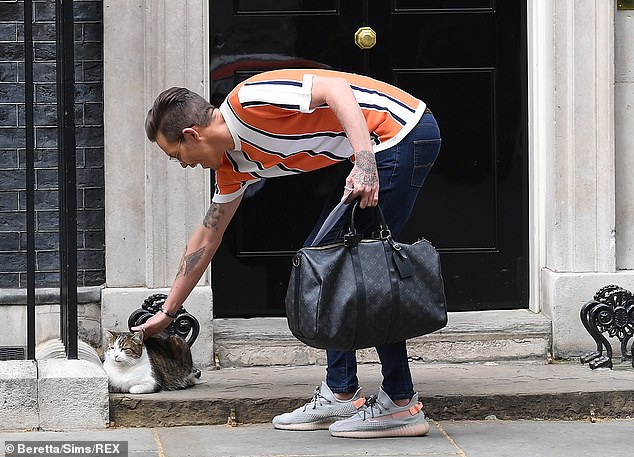 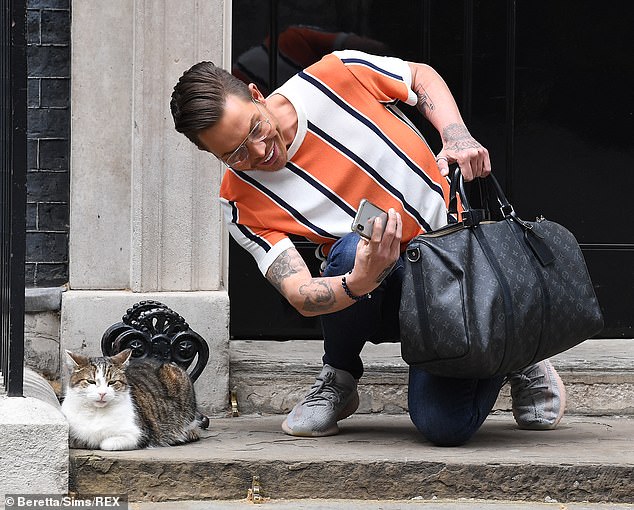 Say cheese! He also grabbed a playful snap with the relaxed feline as he arrived to hand in his petition to the government 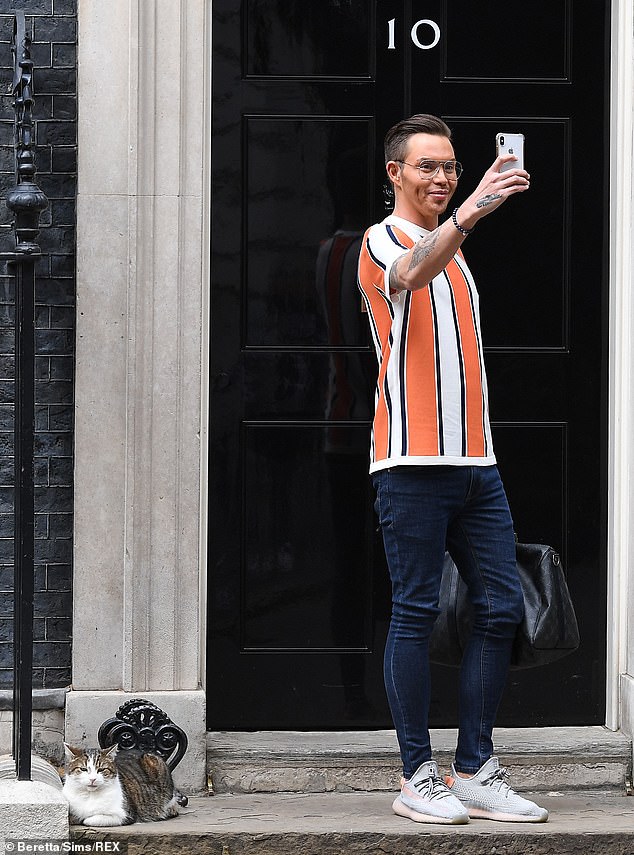 Candid: Bobby has spoken openly about homophobic abuse he has received online, and vowed to make such a trolling a criminal offence 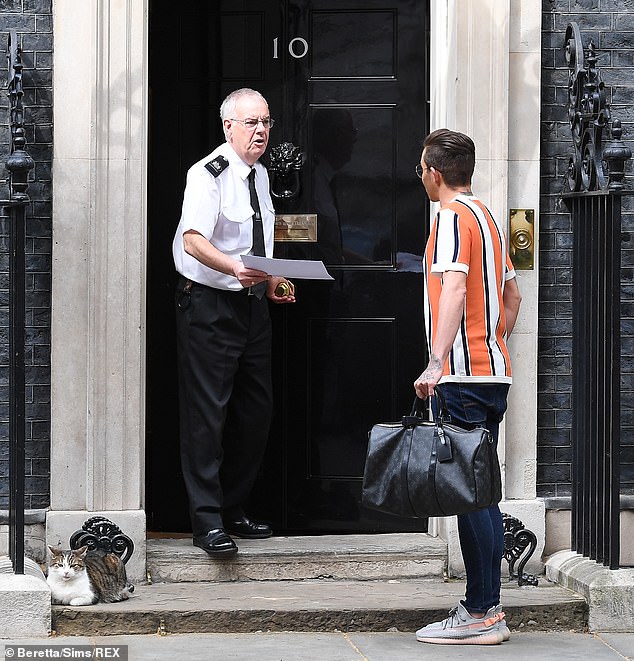 Here you go: After arriving at Downing Street, Bobby handed in his petition to a member of security at the door 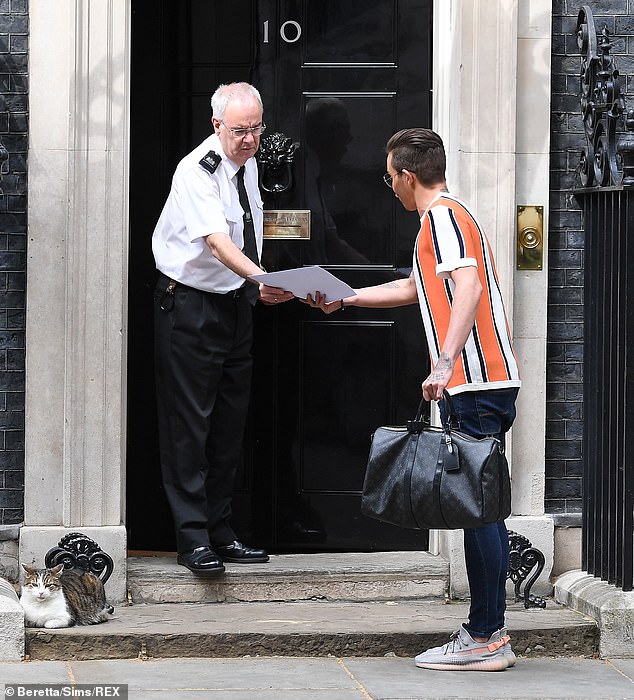 At last! As the petition has now passed 100,000 signatures, it will be considered for a debate by Parliament

The star also spoke about his campaign on Loose Women last month, saying: ‘For me, I have gone through this, what I can only call, vile and disgusting online homophobia.

‘Don’t get me wrong, I love social media but it has got so big now, you can’t put that genie back in the bottle.

‘The laws which were in place five or ten years ago, the internet is a very different world [now]… I have got a thick skin, I am a little bit older. I know if I was a teen and I was receiving that online hate…

‘I don’t think it’s any coincidence that mental health is on the rise. I am no psychologist but there has to be on a knock on effect. 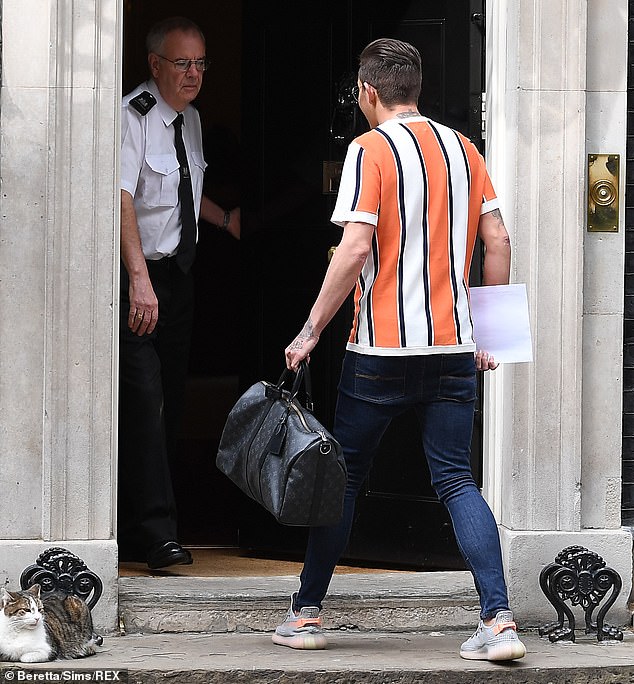 Open: The star previously spoke about his campaign on Loose Women, saying he thinks a rise in mental health could be a ‘knock on effect’ from such online abuse 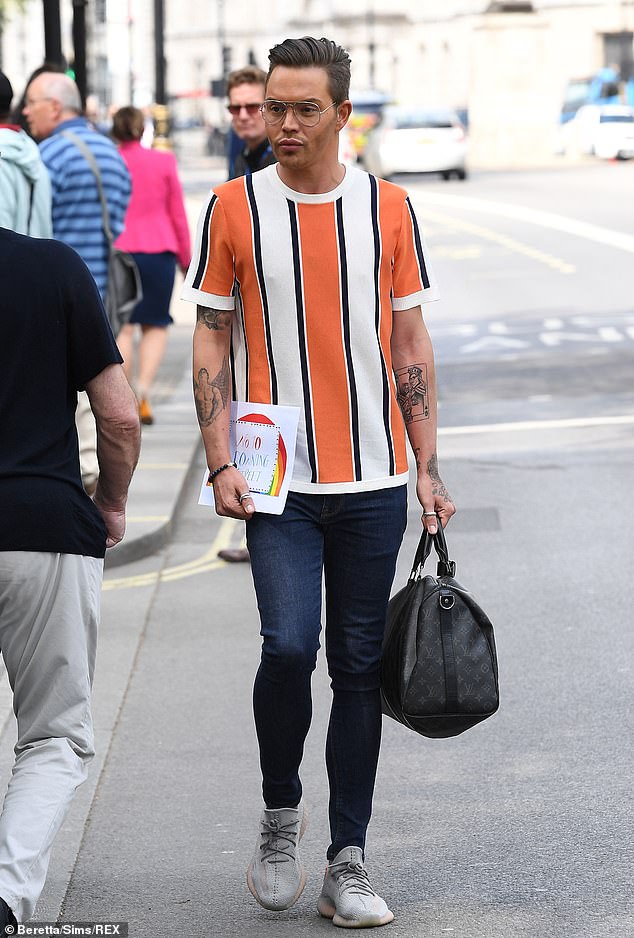 Fighting back: He also said at the time: ‘It shouldn’t be acceptable to throw that much hate [around]’