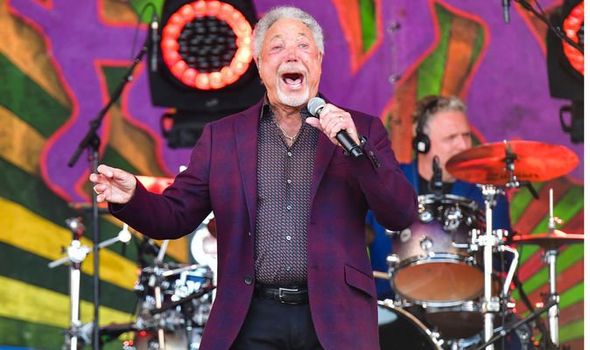 The singing legend, 78, smiled as the women’s underwear flew towards him at the New Orleans Jazz and Heritage Festival. Sir Tom, who is also a judge on ITV talent show The Voice, wore a jazzy unbuttoned shirt for the performance. He told the audience he was less slim than he used to be and blamed his larger belly on eating the local Louisiana dish jambalaya.

The singer, whose classic hits include It’s Not Unusual and Delilah, regularly had female fans throw their underwear at him in his 1960s and 1970s heyday.

He could not contain his amusement as one bra landed on the stage on Thursday. He jokingly told the thrower: “You threw your bra? Well, you’re not going to get any support from me.”

Thursday had been due to be Rolling Stones Day at the festival, but the band were forced to postpone their performance after Mick Jagger had heart surgery.