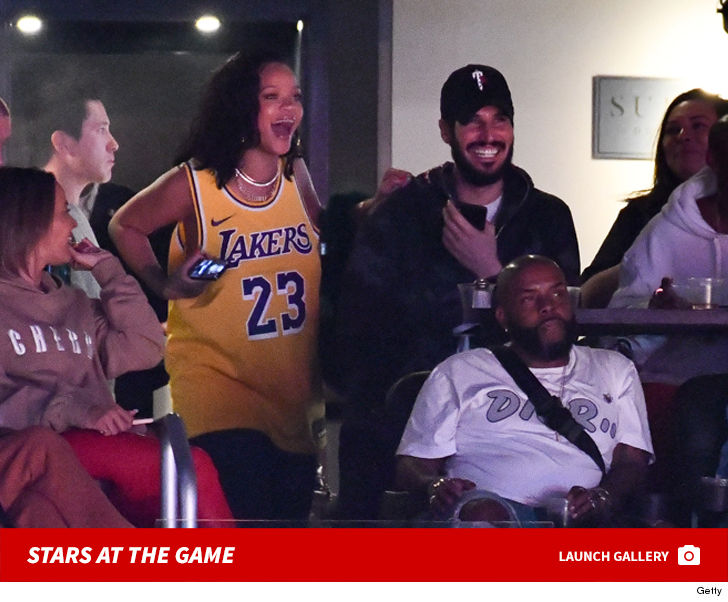 You think LeBron James and the Lakers were gonna let Rihanna down on the night of her birthday celebration???! Hell no!!

RiRi took her superrich Saudi boyfriend to Staples Center on Thursday to cheer on her favorite NBA player on the night after her 31st birthday … and the team delivered one heck of a gift!!!

Check out the pics of Rihanna and Hassan Jameel in a private box — going berserk as the Lakers came back from 19 down to beat the Houston Rockets … one of the hottest teams in the NBA.

Of course, Jameel is a bit of a baller himself — his family is reportedly worth $5 BILLION — which makes them the 4th richest family in the Arab world.

Jameel started dating Rihanna in 2017 and by the looks of these pics, they’re still going strong.

They picked a great game to attend — the Lakers were getting destroyed for the first 3 quarters before LeBron activated “playoff mode” and went nuclear on everyone … exploding for 29 points, 11 rebounds and 6 assists.

By the way, Lakers officials gifted Rihanna her very own customized “Bad Girl RiRi” Lakers jersey … but she didn’t wear it. Instead, opting to rock her #23 LeBron James threads.

One last thing … every year LeBron has won an NBA title, Rihanna has dropped a new album — and there are rumors she’s working on a new album right now.

So, good juju for the Lakers?