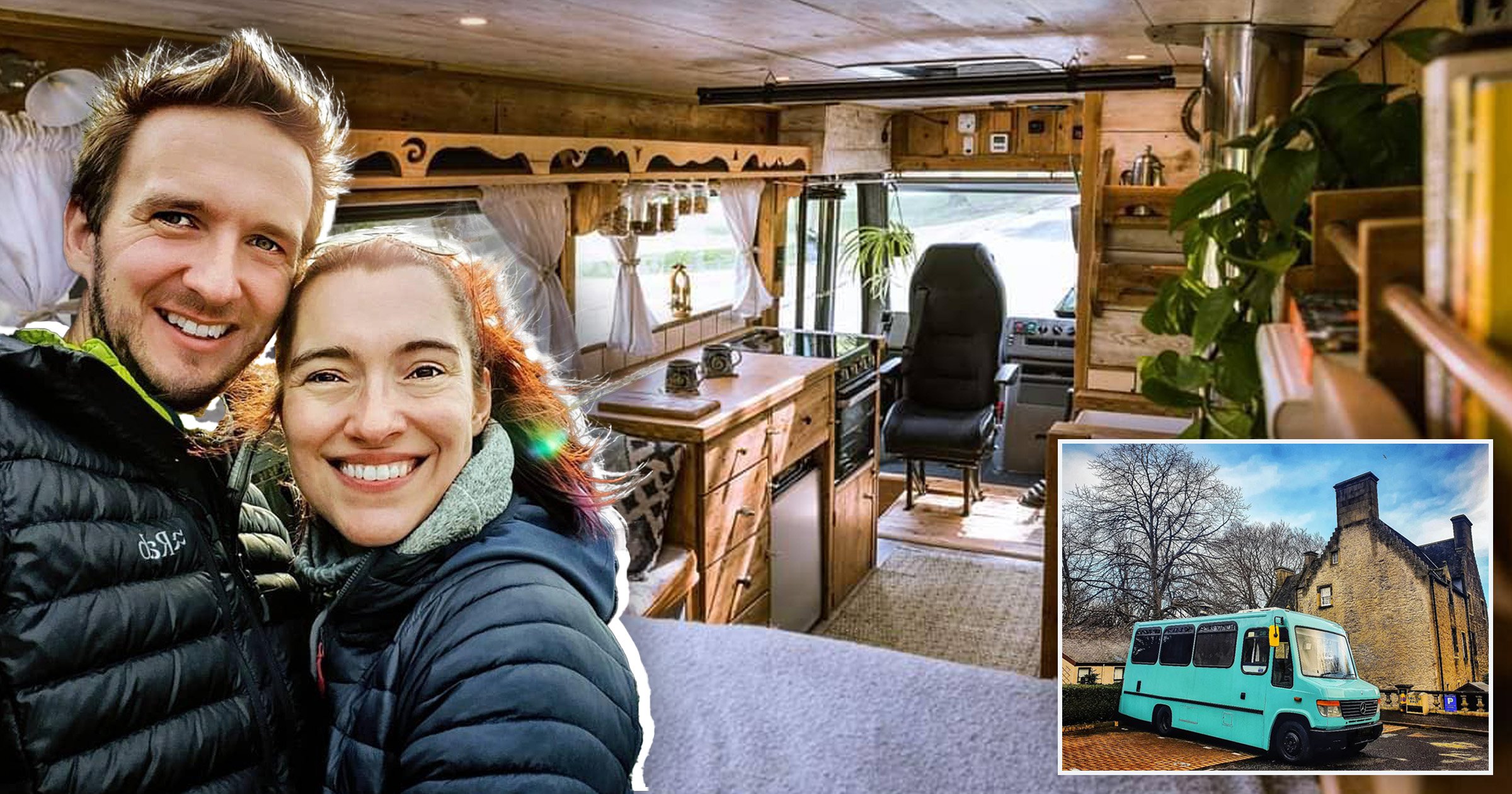 An unexpected consequence of the cost of living crisis: those who hoped to live the nomad life may have hit a road block.

That’s the case for Marie-Laure Parsy Szikola and fiancé Alan, who ditched renting in favour of living in a converted van… but now find themselves unable to travel due to rising fuel prices.

Marie-Laure, 35, from Edinburgh, Scotland, had been desperate to hit the road after moving back home due to the pandemic.

When she pitched the idea of van life to Alan, 34, he was on board, so the couple abandoned their small rented flat and bought a Mercedes Vario 64d minibus for £50,000 in July 2021.

‘As experienced trekkers and overall outdoor enthusiasts, we wanted a life that gave us freedom to find a place to hike, climb or kayak and just go,’ said Marie.

‘For someone with an adventurous background, staying indoors was a real challenge and I felt it truly impacted my wellbeing – both mentally and physically.’

‘I got furloughed and the lack of mental stimulation didn’t help at all. I wanted a way of life that would be more engaging than the mainstream: job, commute, flat.’

Although the bus was already set up to be a mobile home, the couple added their own touch by replacing the handles for £40 and creating a new colour scheme for £20.

Marie said: ‘The previous owners of the bus already did a superb job by converting it using wood and carving details all around.

‘We love detail and our work is more an add-on with different paint schemes, hardware and soft furnishings.

‘The bus is a canvas of our lives and we are trying to craft the bus so that every corner reflects a part of our personalities and tastes.’

In total, they spent £100 making the vehicle feel like home and managed to keep costs low by re-using decor from their previous flat.

Once the van, which the pair named Blue, was the ideal home on wheels, the duo hit the road, travelling across Scotland.

Unable to fully satisfy their dream of travelling around the world, they’re having to press pause on their new lifestyle.

Marie said: ‘With fuel prices being so high at the moment, there’s more importance than having a constant adventure.

‘Obviously the idea of being non-stop on the road is appealing, but the certainty that comes from a regular income is important.’

Thankfully, the couple are still able to save some cash thanks to their way of life.

They spend £15 a week on water disposal and water but are largely self-reliant – with electricity generated from solar panels in the van.

Despite their travel goals now being on pause, Marie and Alan have no regrets – or plans to return to their old way of life.

‘Van life makes you feel independent and more confident in yourself as it forces you to deal with breakdowns, climate and nature,’ Marie said.

‘You feel more engaged with your life and in a sense, more in control. It’s helped me to re-find a path and series of goals when my life hit a standstill.

‘Everything can and will break in a van, but patience, a good dose of humour and the ability to learn quickly will turn hassles into fun.’