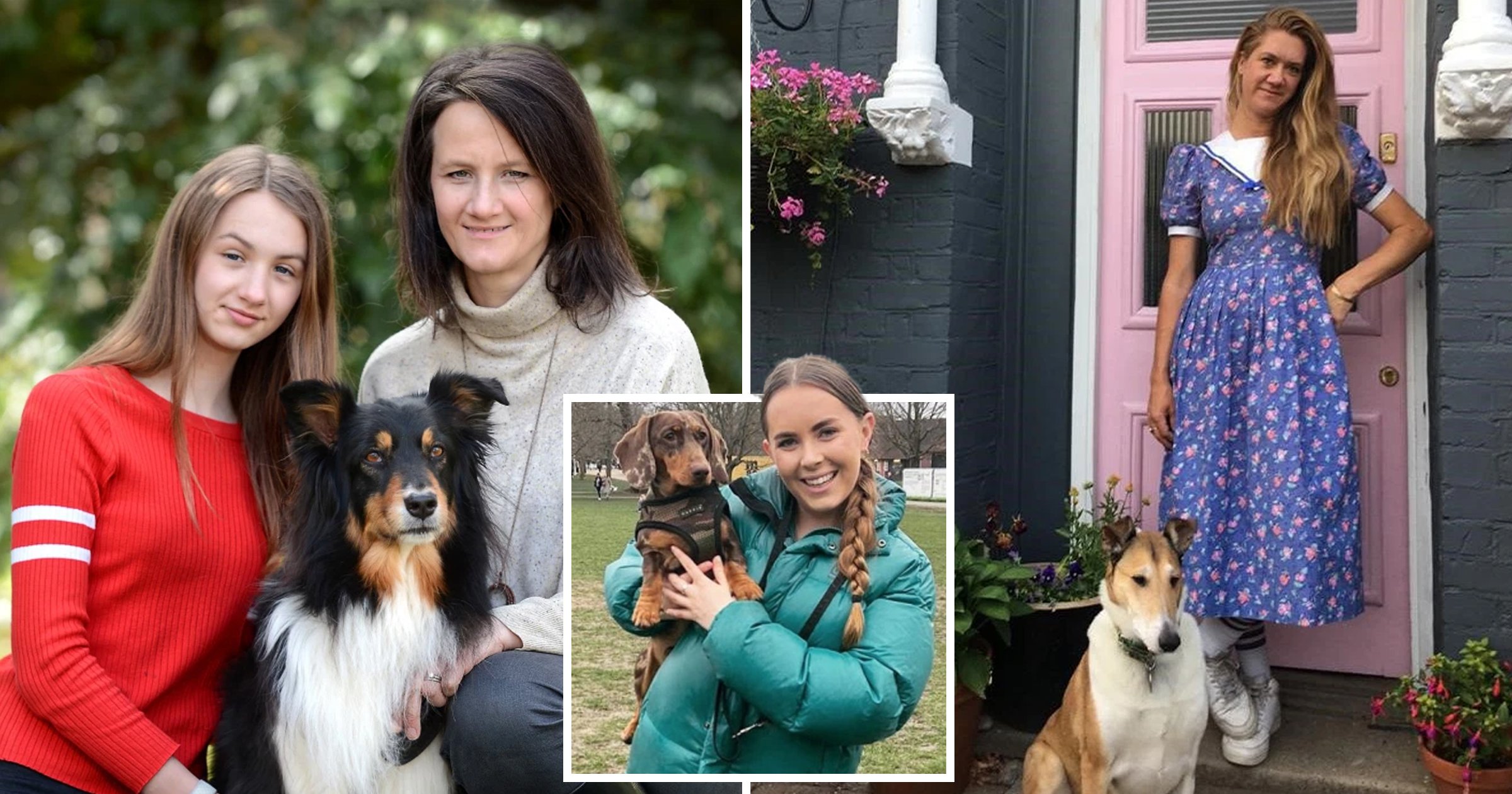 Lockdown saw a huge spike in dogs dealing with separation anxiety – but can anything actually be done?

There is help at hand to ensure anxious pets can cope with the change at home, but its up to the owner to make the first steps.

Doggie daycare, behavioural therapy and making sure your furry friends have lots of exercise and mental stimulation are a few of the things that can help, but it all comes down to what’s right for your dog.

We spoke to three women whose dogs struggled over lockdown, and heard how they tackled the problem.

‘He started following us everywhere… it had to be dealt with’

During lockdown, Pip developed separation anxiety, and after some detective work Louise found out why.

Pip is a rescue dog, who we took on about a year and a half ago. He is a smooth-coated collie – imagine Lassie, but with less fur. They are a real 1970s breed, and now on the vulnerable breed list.

He usually does not suffer with separation issues, and is more than happy to take himself off, to relax alone as well as with us.

About ten days into the first lockdown, he started to follow us everywhere; our house is small, so it’s easy to notice. He began to jump off the sofa to greet us each time I walked down the stairs. He never used to bother.

I then started to observe more closely and realised that my eight-year-old son was clapping Pip each time he walked into the room, and petting him and calling him, each time he followed us upstairs. He was stroking Pip on the face whenever he walked around behind us from room to room. It was very easy to see how the habit was forming and how it had started to come about.

Left unchecked, we could easily have started to have and create a bigger issue. But we resolved it immediately. I sat my son down to explain the issue.

He had just wanted to make sure Pip felt included, which was very sweet but was going to cause problems in the long run.

We began to add in more mental stimulation games for Pip; we made sure we were adding in periods of Pip being left downstairs while the kids got dressed in the morning, as this is what we would usually do on a school day and Pip had always been happy with it.

The matter sorted itself out within days, and we have our happy, well-adjusted dog back.

‘He’s learned that if he cries, we come running’

Chorky, 12 months, a miniature dachshund who lives with Hannah Skingle and her boyfriend Kyran O’Keeffe, in south London.

Hannah has struggled since getting him as a puppy last year – and admits that her separation anxiety is probably as bad as Chorky’s.

I have never had a dog, though my grandparents did. But I’ve always loved them and when I got together with my boyfriend five years ago he promised me that I could have a dog in July 2020. It was very specific!

Because of the pandemic we actually got Chorky a month earlier than planned.

Separation anxiety is quite a common problem with this breed, which just loves to be around people. Puppy-crate training was the first hurdle. We won that battle by sleeping next to him for two and a half weeks in the kitchen!

But his separation anxiety is still a problem. It’s not helped that during the pandemic I’ve been working from home. If you leave him even to go to the loo, or to go out he howls and cries.

His little eyes go red. It’s really sad. And if he’s anxious, I become anxious, which transmits itself to him!

We’re seeing dog trainer Diane Kasperowics who has been really helpful. She’s also pointed out that my separation anxiety is as bad if not worse than Chorky’s.

So, I have to work on that. We don’t have children, so he’s like our baby. He’s learned that if he cries we come running.

With Diane we have started building up the time he is left alone. My boyfriend and I also take walks with Chorky where one of us will then leave.

Chorky doesn’t like us separating but forgets pretty quickly if you put down a treat.

He’s still quite young and is responding to this gentle, gradual training, so I think we’ll get there.

‘Since lockdown, Kallie began to get separation anxiety for the first time’

Kallie is a six-year-old Australian shepherd. She lives with Sarah and her family in London.

She had happily coped with them leaving her alone for up to three hours, but lockdown changed all that. Sarah shares her experience.

Kallie has always been a terrific, if demanding dog. Her breed needs a lot of exercise and she’s also highly intelligent.

But since lockdown, when we have been home nearly all the time, so she has scarcely ever been alone. I noticed that when we did go out, even if it was just to the car for a few minutes, she would get quite upset, and bark. I became a bit worried she was developing a separation anxiety she’d never really had.

We’ve now taken proactive steps to leave her alone from time to time, even when we don’t really need to, just to build up her tolerance again of being on her own.

We also send her to doggie daycare once a week for a morning to maintain her socialisation skills with other dogs. We feel it’s good for her to be away from her family for a period.

We can now leave her for about an hour and she seems well-adjusted again and happy.