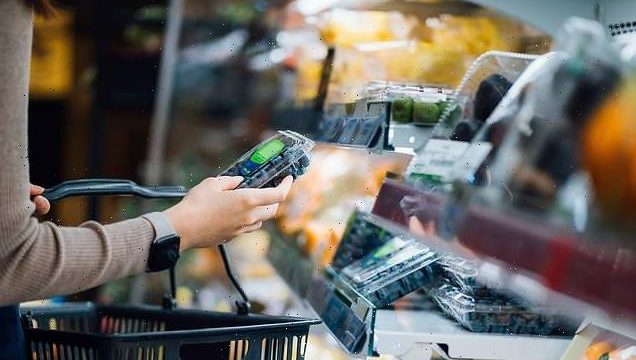 Do vegan labels put YOU off buying food? Shoppers debate whether all non-animal products should be clearly labelled – with some meat-eaters saying it makes them think ‘it won’t taste as good’

A woman sparked a debate over food labelling when she asked whether a vegan label should be placed on all suitable foods.

Taking to Reddit’s Ask UK forum, the woman explained that foods such as Oreos, Mr Kipling pies and Digestive biscuits are vegan but aren’t identified as such on their packaging.

She asked: ‘Would the word vegan put you off buying something if you aren’t vegan?’

Responses were divided, with some admitting they are hesitant to buy anything labelled vegan because it makes them think it won’t taste as good as a regular product – even if the labels are just the same. 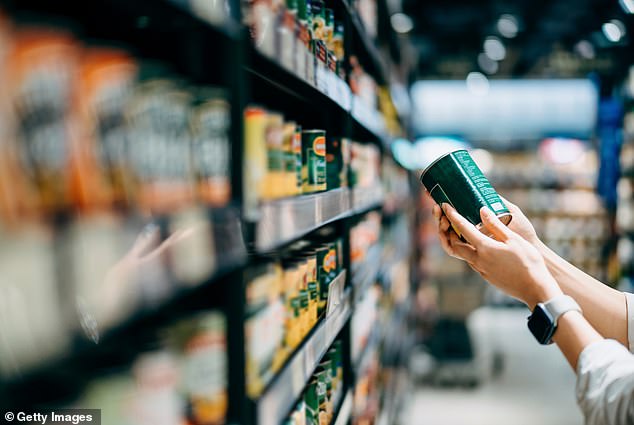 Posting on Reddit, the woman explained she’s in a group that question why more ‘accidentally vegan’ items aren’t labelled as such

The woman wrote: ‘In a vegan group people were asking why more “accidentally vegan” products aren’t labelled as such.

‘But someone said people who aren’t vegan might be put off, and think the recipe has been changed or something is missing. So it makes better business sense to rely on vegans to sniff out what’s vegan, than actually label it as such.

‘So what about you, if you saw one of your favourite products now said vegan, or a new product you were thinking of buying said vegan, would it put you off?’

A flood of responses to the post admitted they avoid buying products that are labelled as vegan.

One person wrote: ‘If it’s prominent, it would make me think that they might have changed the recipe, which makes me suspicious and probably makes me think it’s changed and possibly for the worse.

‘I think a lot of those have it marked on the back so vegans can find it but without changing the packaging.’

A stream of commenters admitted they are skeptical of how items labelled as vegan taste in comparison to ‘regular’ products, even if the recipes are the same

Another said: ‘I am a bit wary of the labelling as I’d assume it was a marketing trick in order to charge a premium.

‘Like all rice is already vegan but if a brand specifically marketed themselves as a vegan brand of rice, it seems like they’re just capitalising on a smaller market and possibly charging more.’

A third added: ‘The problem with vegan labelling is that people see veggie/vegan and instantly think ‘healthier option’ what that’s rarely the case, that’s how people end up trying a vegan diet and failing because they tried to live exclusively off Oreos, falafel and hummus for a month.

‘It would be better to present the fresh aisle in a way that pieces together a full vegan/veggie meal and leave the vegan labelling hidden away on the snacks.’

However, others argued they aren’t put off by labelling and would even prefer to try a product that is labelled as vegan instead of one that isn’t.

‘Plenty of stuff I have bought before are vegan without even paying attention if it says vegan society accepted on them. I really don’t care if the recipe gets changed to suit vegan either,’ one wrote.

Another said: ‘If there were two similar products, one labelled vegan, and one not, then I’d be inclined to at least try the vegan one.

‘My wife is currently avoiding dairy and she doesn’t eat much meat either, so having things labelled as vegan would be really useful, despite neither of us actually being vegan. It’s surprisingly hard to find things without dairy in. Crisps especially, so many flavours have some sort of milk product when you wouldn’t expect it.’

A third commented: ‘Vegan items, beside actually tasting good nowadays, typically have low to zero gluten and other stuff like that. They’ll often taste exactly the same, but you’ll feel way less bloated/ lethargic and s****.

‘If there’s a vegan alternative to what I’m buying, I’ll try it. If it tastes the same or better, I still to it because I’ve got a bit of a gluten sensitivity apparently. Dependent on price, obviously. Ain’t nobody buying one of the Warburton’s began roger loaf for the same price as your electricity bill.’