Marvel Studios’ Victoria Alonso said she had a 45-minute sitdown with Disney boss Bob Chapek recently regarding the anti-LGBTQ legislation in Florida, Texas, and Arizona. She revealed the details of their chat while accepting the GLAAD Media Award for Outstanding Film for Eternals Saturday night in Los Angeles. 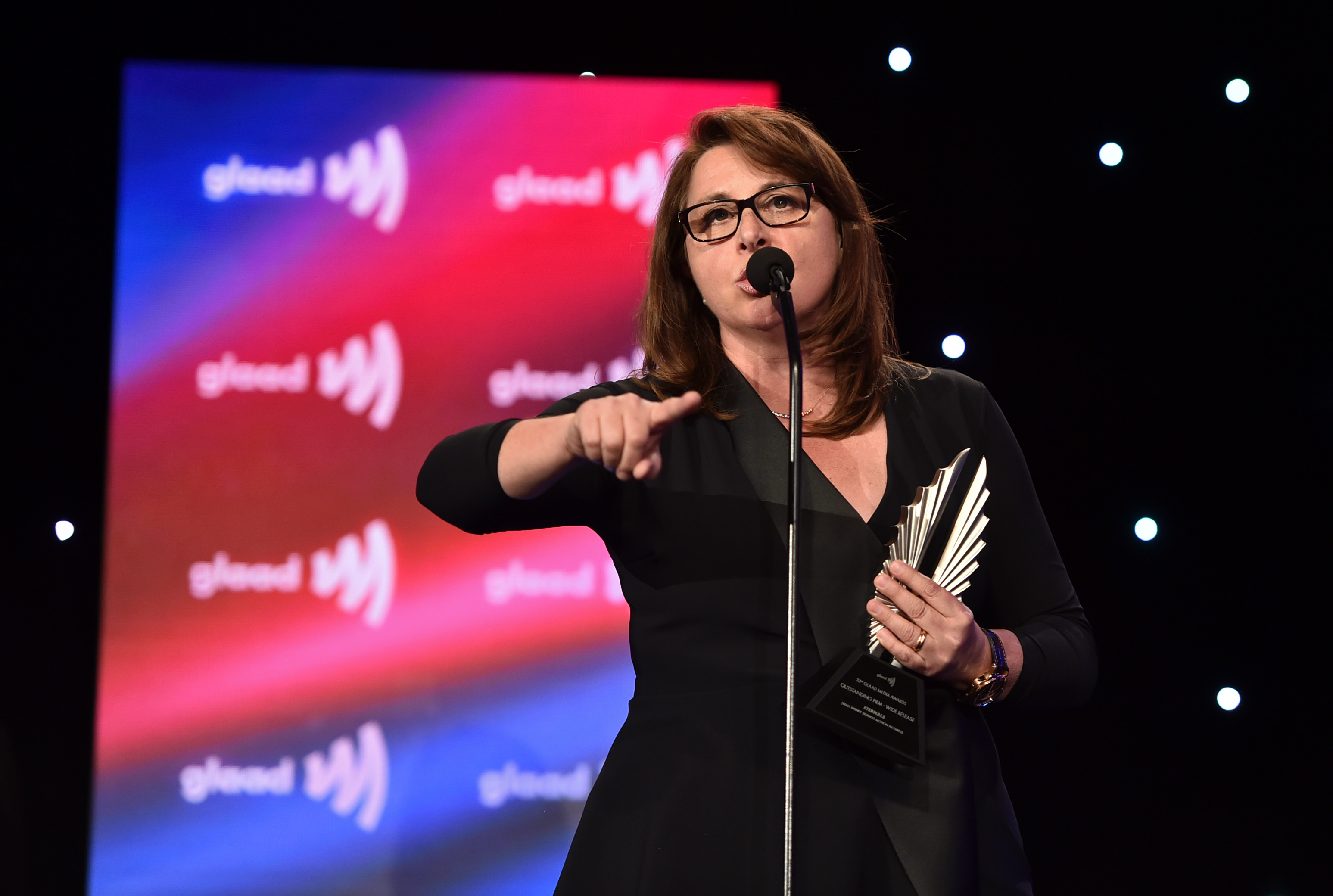 “If you are a member of the LGBTQIA community and you work at the Walt Disney Company, the last two or three weeks have been a sad event. I’ve asked Mr. Chapek for courage in a 45-minute sit-down,” she said while standing aside Chloe Zhao and Nate Moore.

She continued, “I asked him to look around and truly if what we sell is entertainment for the family, we don’t choose what family. Family is this entire room. Family is the family in Texas, in Arizona, in Florida, and in my family, in my home. So I ask you again Mr. Chapek: please respect—if we’re selling family—take a stand against all of these crazy outdated laws. Take a stand for family. Stop saying that you tolerate us—nobody tolerates me, let me tell you that. You tolerate the heat in Florida, the humidity in Arizona or Florida, and the dryness in Arizona and Texas. And you tolerate a tantrum in a two-year-old. But you don’t tolerate us. We deserve the right to live, love, and have. More importantly, we deserve an origin story.”

She also passionately shared how everyone can play a role in helping to enact change.

“I encourage all of you to stop being silent—silence is death,” she said. “Silence is poison. But if you don’t stand up, if you don’t fight, if you don’t give your money, if you don’t vote, then all we can do is have a party and be gay. Fight, fight, fight! As long as I am at Marvel Studios I will fight for representation for all of us.”

Highlights of the night’s celebration will stream via Hulu on April 16.

Outrage Over Will Smith Call With Oscar Brass; Rock Not Asked If He Wanted Smith Removed; Packer Speaks