The Royal Mint, the Original Maker of UK coins, has unveiled the new 50p coin to add to the Innovation in Science collection. Scottish inventor, John Logie Baird who was known as “The Father of Television” changed society and entertainment around the world with the early invention of the electromechanical television.

The Royal Mint regularly releases new coins on special occasions or to honour the work of various different people.

The latest launch from the Original Maker of UK coins comes in the form of a commemorative 50p coin.

It has been produced in collaboration with John Logie Baird’s grandson, Iain Baird.

Mr Logie Baird was widely renowned for managing to create a static image in 1924, after taking out his first television patent a year earlier. 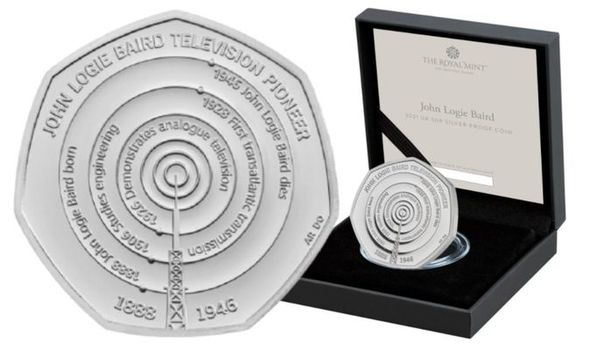 The design, by commissioned artist Osborne Ross, includes a graphic representation of broadcast transmission, with circular shapes emanating a silhouette of the Crystal mast, the site of John Logie Baird’s former television station and transmitter.

It also features the milestone moments from his life.

Speaking on behalf of the Baird family, Iain Baird commented: “The Baird family feels extremely honoured that The Royal Mint has chosen to recognise my grandfather’s contributions in this way.

“He was involved in both the technology and the progress of television broadcasting and the coin design illustrates his dual role as a pioneer in the scientific world as well as in a brand-new medium of communication.”

The design was brought to life with the expertise and innovation techniques gathered across The Royal Mint’s 1,100 year history. 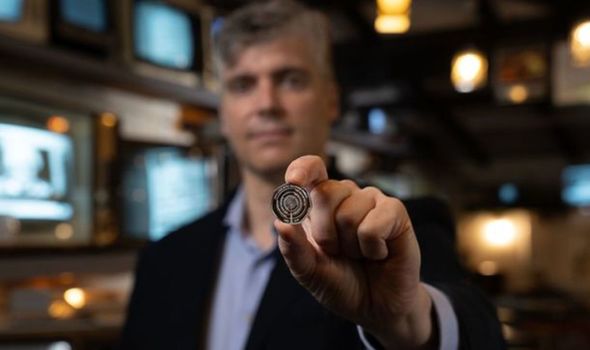 Although the company hasn’t said how many uncirculated coins there are, a previous Sherlock Holmes 50p sold for £500 on eBay in 2019.

Clare Maclennan, Divisional Director of Commemorative Coin at The Royal Mint said: “The Life and Work of John Logie Baird is an exciting addition to our popular ‘Innovation in Science’ series, which celebrates the legendary names at the heart of Innovation and Science on a commemorative 50p.

“The design represents Baird’s accomplishments and the invention of broadcast transmission, which has shaped culture and entertainment as we know it today.

“It has been a pleasure and privilege to work with the Baird family to commemorate a true British icon and a pioneer of one of the greatest scientific discoveries of the twentieth century.” 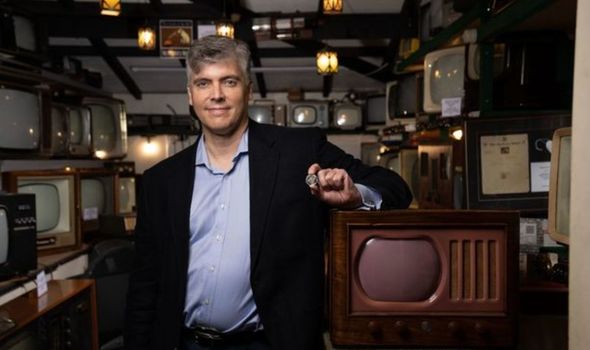 Earlier this year, The Royal Mint announced the launch of a commemorative coin collection to celebrate the 50th anniversary of Mr. Men and Little Miss characters.

Clare Maclennan, Divisional Director of Commemorative Coin at The Royal Mint said: “Each year we celebrate British icons, anniversaries and moments from history on commemorative coins, and this is a fun new addition to the collection.

“With this year marking the 50th anniversary since the Mr. Men Little Miss characters were introduced to the world, it felt right to celebrate the loveable characters on their own commemorative coins.

“All three coin designs have been designed exclusively by Adam Hargreaves, son of Roger Hargreaves the original creator and illustrator of the Mr. Men Little Miss.

“I had the pleasure of chatting to Adam in a recent zoom call and it was brilliant to hear his positive feedback on the range.”