“Everybody thinks of vegetarians as cranks,” the photographer wife of Beatles legend Paul McCartney told Terry Wogan on his primetime TV show in 1989. “I do, yeah,” admitted the chatshow host as the audience tittered. Today, it is Linda and her family who have the last laugh. Her pioneering meat-free cookery book Linda McCartney’s Home Cooking – the reason she went on Wogan – became a bestseller in the UK and America. It was such a publishing sensation that it led to the creation in 1991 of Linda McCartney Foods, her frozen ready-made range of sausages, burgers and meatballs made from textured vegetable protein. Three decades on, it remains one of the most successful celebrity food brands ever.

Her eldest daughter, Mary McCartney, like her mother, aphotographer and green activist, is sad her mother didn’t live to see her passion vindicated because of her untimely death, aged 56, from breast cancer in 1998.

Yet Mary, 51, strongly believes her gentle mum knew that her views, condemned by some as “militant” back then, would become mainstream with the passage of time.

“My parents were so pioneering and caring about animals, and passionate. I think that’s why Mum was labelled that way – she couldn’t help it,” says Mary.

“She would say, ‘Animals can’t speak for themselves, please don’t eat them’.

She would always do that, so that’s where that militant thing came from, but also why she’s still so respected now.

She was so brave and didn’t care what people thought about her. But she also came up with solutions – so here are the recipes and here’s the food range. S

he got to see some of it but she would be more recognised now and that would be a nice affirmation after people made fun of her.”

Mary is speaking with me ahead of National Vegetarian Week as she teams up with garden designer Diarmuid Gavin for the Grow Your Own initiative as part of Linda McCartney Foods’ 30th anniversary celebrations.

Young people from inner-cities are being encouraged to produce their own crops at one of six new city gardens from Glasgow to London. “It’s about getting that green space back into urban areas,” says Mary. “It’s a real community feel.”

Phrases such as “plant-based” and “flexitarian” may now be part of everyday vocabulary as climate change and animal welfare move up the political agenda, but many urban-dwelling youngsters especially still don’t know, or have access to, where their food comes from.

“We want to show you can grow in small spaces or window boxes,” says Mary, who recently met some of the scheme’s young beneficiaries.

“They were really curious. I love that.” 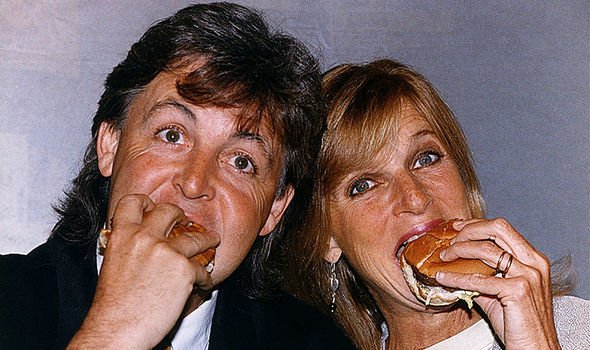 Watching children try chive leaves and parsley reminded her of her idyllic childhood, growing up on the McCartney family’s farm in Sussex where she regularly snaffled peas from the vegetable patch.

“I thought it was really naughty of me to go and take them off, pick them open and eat them because they tasted so sweet.”

Mary admits she’s not much of a gardener but, in truth, neither was her mother. Linda’s brilliance lay in transforming the vegetables she’d dug up into beautiful and “hearty foods” that her children grew up on.

“It was very satisfying with things like lasagne and tomato pasta dishes with a chef’s salad on the side,” says Mary. “And she made really great soups and stews.”

The while family ditched meat and fish in the mid-1970s. The story goes that Paul and Linda were eating a leg of lamb when through the window they spotted real lambs gambolling in the fields outside their home.

“It literally was like that,” Mary laughs. “They both made the decision together. It wasn’t like one of them sort of pushing the other one into anything.”

She and her younger sister, fashion designer Stella McCartney, 49, were children when their parents told them of their decision to turn vegetarian.

Their older half-sister Heather, by Linda’s first marriage, was in her early teens. All three were given a choice to opt out but embraced the decision, as did younger brother James when he came along.

“She [Linda] made up recipes as she went along and they were always tasty,” Mary explains. “Everything had a great punch of flavour. Nothing was bland. She loved cooking, really enjoyed it.

“It wasn’t, ‘Oh I’ve got to make you dinner’, it was more, ‘Let’s talk about and enjoy food’. So I feel really lucky to have grown up watching her and helping out.

“Being vegetarian at the time wasn’t as accessible, whereas it is now.”

Today there are three million vegetarians in the UK, equating to more than five per cent of the population. 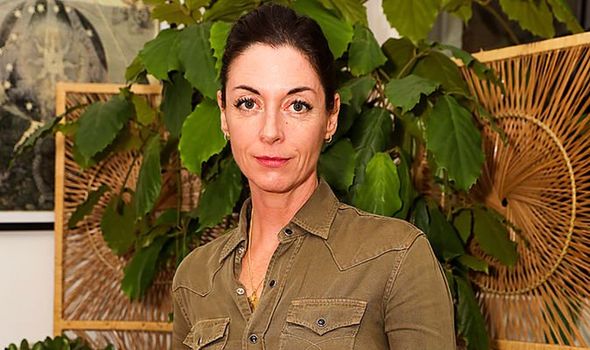 Non-meat dishes feature at each end of the culinary scale from Michelin-starred restaurants and celebrity chef recipes to supermarket lunch wraps and vegan sausage rolls at Greggs.

While vegans might still incur the “extremist” tag, going veggie for afew meals a week isnow commonplace. Not so in the 1970s.

Mary says there was a concerted effort by her parents on how to “fill that gap on the plate” so no one felt like they were missing out.

“We would all talk about it. What are we going to have at Christmas? When we do a Sunday roast what can we have that we slice at the table?”

Friends of her parents enjoyed the food too. “People would come to our house for dinner when I was growing up and say, ‘If we could eat more like this then we would be veggie’.”

Mary only realised how pioneering her mother’s cookbook was after celebrity chef Nigel Slater prepared lunch for her, Paul and Stella in 2007.

“He said it was such a revolutionary book at the time and I was like, ‘Really?’ I had no idea that Nigel Slater would know about my mum’s cookbook.”

As to her own happiest childhood food memory, she recalls eating blueberry pancakes tucked up with Linda. “We got into her bed and ate them watching La Dolce Vita,” she says.

“She loved great movies so it was introducing me to that. It was really fun.” Mary has brought up her own four children as vegetarian.

She has two older sons, Arthur and Elliot, by her first marriage to TV producer Alistair Donald, plus boys Simon, 12, and Sid, nine, with her second husband, film director Simon Aboud.

And she still relies on the Linda McCartney brand when cooking for her younger children. “The thing is with the range – like the sausages and the burgers – they’re just good ways of cooking something that’s more convenient and quicker,” she says.

“We had it for dinner after school the other day. I made a quick gravy and we had sausage and mash with steamed broccoli.”

Mary, Paul and Stella launched the campaign Meat-Free Mondays in 2009 to encourage the nation to eat veggie once a week.

It has reached 40 countries in 22 languages so far. They all remain active in Linda McCartney Foods, which has expanded over time to include meal kits and a dedicated vegan range.

Next month the trio are releasing Linda McCartney’s Family Kitchen, a vegan cookbook filled with nearly 100 adapted recipes from the vegetarian trailblazer.

Mary says her father remains passionate about vegetarianism. “He’s really happy that it’s progressed so far that most places have options on their menus now, and it’s just not joked about in the same way.”

Would her mother still be an active campaigner if she was alive today? “I think she would,” she says.

“She wouldn’t judge – if you were eating meat but wanted to cut down she would help or give ideas.”

Mary believes Linda would be adopting alternative ingredients to dairy too. “She’d be using plant-based milks instead of cream and olive or coconut oil instead of butter.

It’s all about nice ingredients. It was always quite simple and straightforward.”

Mary remains “super proud” of her awe-inspiring mother and it pleases her she is well-regarded today.

“People really trusted her,” she adds. “They realise that she might have been revolutionary and feisty but it all came from the heart.”

To learn more about the Grow Your Own initiative, visit lindamccartneyfoods.co.uk