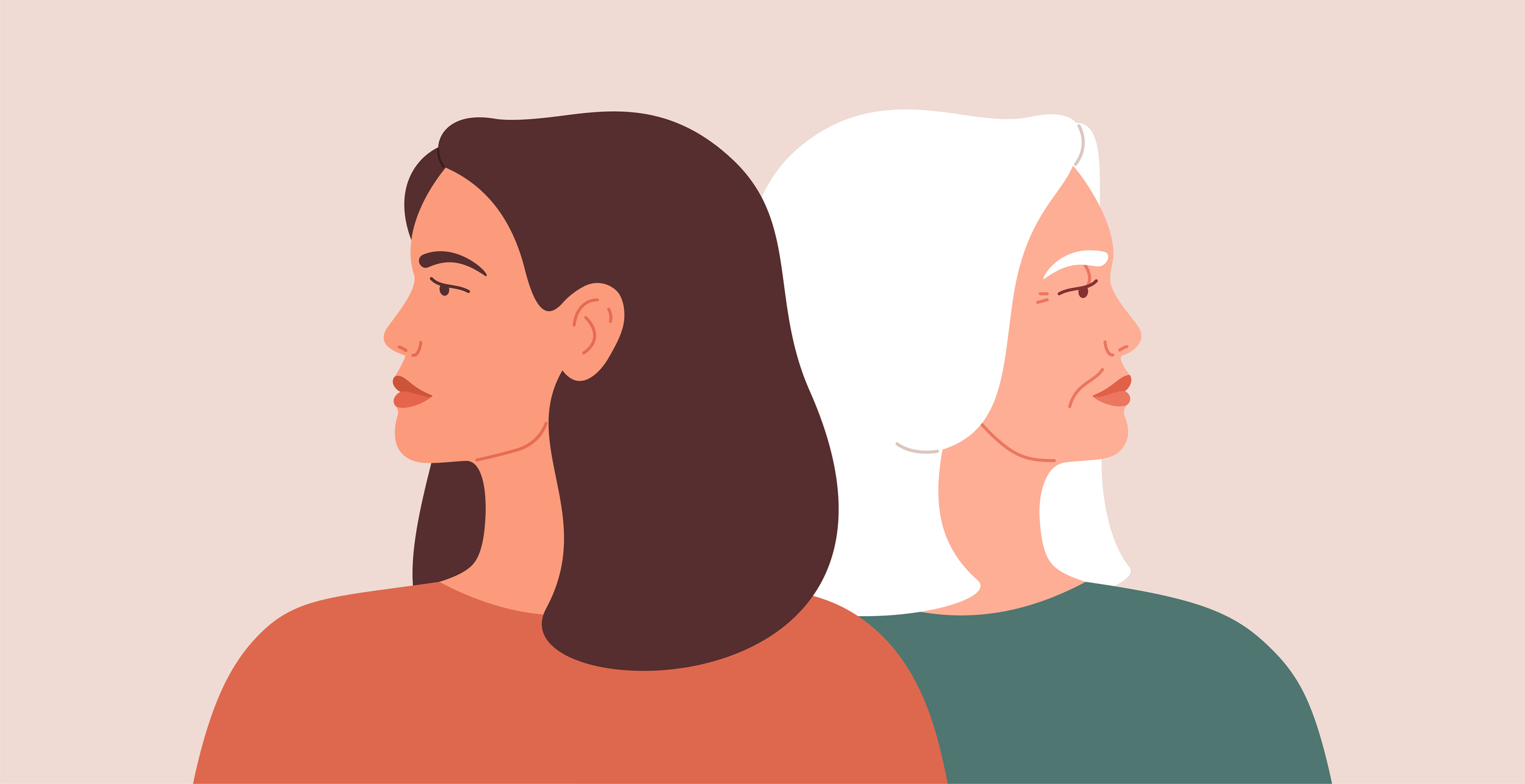 You can’t choose your family, as those of us dreading festive reunions and events know only too well.

Even though you love your relatives you may not always see eye-to-eye, making dinner table chats awkward at best and downright destructive at worst. Simple small talk can become an argument quickly, with generational differences highlighted in a pressure cooker situation.

To take the edge off these conflicts, a new trend has emerged among millennials and Gen Zs; using gentle parenting on their older relatives.

The Anxious Millennial shared a TikTok explaining why he feels some baby boomers and Gen Xers show a lack of emotional maturity due to how they were parented growing up.

Another user, @baddogmiles, commented on the video: ‘I use gentle parenting techniques on my boomer parents, works like a charm’, which sparked a number of follow-up TikToks.

Gentle parenting is a method that prioritises two-way communication between a child and their caregiver. Rather than punishing them for having a tantrum, for example, the parent would explain to the child why their behaviour might be harmful for themselves and others around them, ask them what upset them, and discuss ways to do things differently in future.

Sarah Ockwell-Smith, author of The Gentle Parenting Book, tells Metro.co.uk: ‘It doesn’t mean that you don’t have discipline and boundaries.

‘You can still say no, you just don’t punish them. You don’t mock them, you don’t shame them. You just support them.’

In a sketch video, The Anxious Millennial roleplayed how the technique might go down between a younger adult and a particularly belligerent older relative. ‘Calm down,’ urges the young character in soothing tones, while the ‘boomer’ continues to rage.

Speaking softly, the millennial says: ‘We can take some time, and we can kind of revisit that topic of you assaulting our neighbour with a shovel maybe later on?’, to which the boomer replies, ‘he started it.’

The videos are merely a bit of fun, but highlight the exasperation of dealing with a loved one who’s argumentative or confrontational.

The theory is essentially that adults who act like children should be treated like children, and there’s no point reasoning with someone who can’t effectively express themselves.

On one hand it could actually open up conversation between the generations and defuse the tension, but on the other you may just annoy the person on the end of the ‘parenting.’

‘The difference is that children have developing brains,’ says Sarah.

‘So what you do with children in particularly the first three years but really the first 20 years, the way they’re treated, literally has their brain wired up.

‘If you start doing that to adults who have been through their childhood and their brains are completed, you’re not going to be able to make the same change that you can with children.’

For some, a touch of humour may help calm a hostile atmosphere, and jokingly exaggerating the parental role as a younger person could highlight unreasonable or irrational behaviours.

For others, however, the approach can come off as patronising and even escalate the situation.

‘I definitely wouldn’t use it in a way to kind of take the piss out of them,’ adds Sarah. ‘Because that isn’t gentle parenting, that’s completely the antithesis of it.’

If you’re trying to humiliate someone or make them feel inferior – even if they have been rude or unfair to you – you’re unlikely to come out looking good.

Noel continues: ‘It’s crucial to avoid patronisation and if you are coming across in that way it’s best to stop and re-evaluate the situation.

‘Gentle approaches emphasise safety in relationships whereas patronisation is all about power and control.’

So while you may feel a sense of schadenfreude at condescending a person who’s done the same to you, if you actually want progress in those relationships you’ll have to tread carefully.

According to Noel, a gentle approach is a good idea in emotive moments as it creates attachment processes based on reward hormones such as dopamine and oxytocin.

‘The caveat is that there is a robust risk assessment in place and clarity about victimisation,’ he adds. ‘No threats, or actual violence, should ever be tolerated in intimate relationships.’

In situations where the relative steps beyond arguing about politics or generational differences and becomes abusive in any way, Noel says ‘it’s important to put psychological and physical safety first and remove the perpetrator from access to self and others.’

In less antagonistic family conflicts, he advises using ‘assertive communication’ to acknowledge the disagreement and essentially agree to disagree.

Noel says: ‘Assertive communication approaches emphasise equality of difference, so we communicate our differences and simultaneously accept the right of others to have them.

‘The paradox is that often by fully accepting the rights of difference we can achieve the breakthroughs of change; the caveat is around victimisation and power. Where views create victims, the perpetrator needs to be told to stop sharing them or face consequences. This is consistent with social norms that make hate crime a punishable offence.

Once you know you won’t change their mind or calm them down, the fleeting pleasure of ‘dunking’ on the person you’re upset with doesn’t seem worth it.

Unfortunately, some people just rub each other up the wrong way, and ‘kids these days’ chat is inevitable when you have different generations mixing.

Try to use empathy in your discussions and respect that we all have different lived experiences that inform our viewpoints. Forget gentle parenting and jokes and focus on repairing damaged relationships where appropriate.

‘It’s about accepting that you’re not going to change them,’ says Sarah. ‘It’s about just trying to understand and empathise with where your parents came from.’

She adds: ‘They were raised in a very different world, where nobody spoke about emotions and depression and anxiety. They were hit at home they were hit in the classroom.

‘You’ve got to understand where they come from and what they’re bringing with them to the table.’