A PLUS size Influencer took to social media to share an amazing find about bra sizes and revealed that band size of your bra makes a massive difference.

The creator of the page specialises in posting content for women with big chests and goes by the handle Perfectdd. 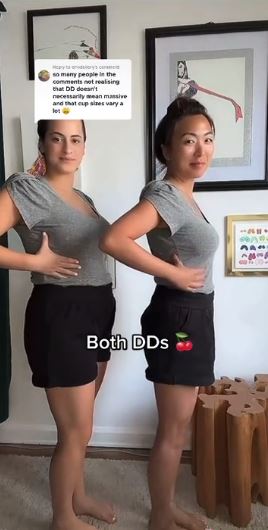 Her page focuses on finding clothing for busty women and often shares ingenious hacks on how to look good with a full bust.

She took to social media to share an amazing find about bra sizes that are the same cup size.

Noticing that women who shared the same bra size often looked markedly different even when wearing the same outfit.

The secret to this she found was that the band width of your bra makes a massive difference to the actual sizing. 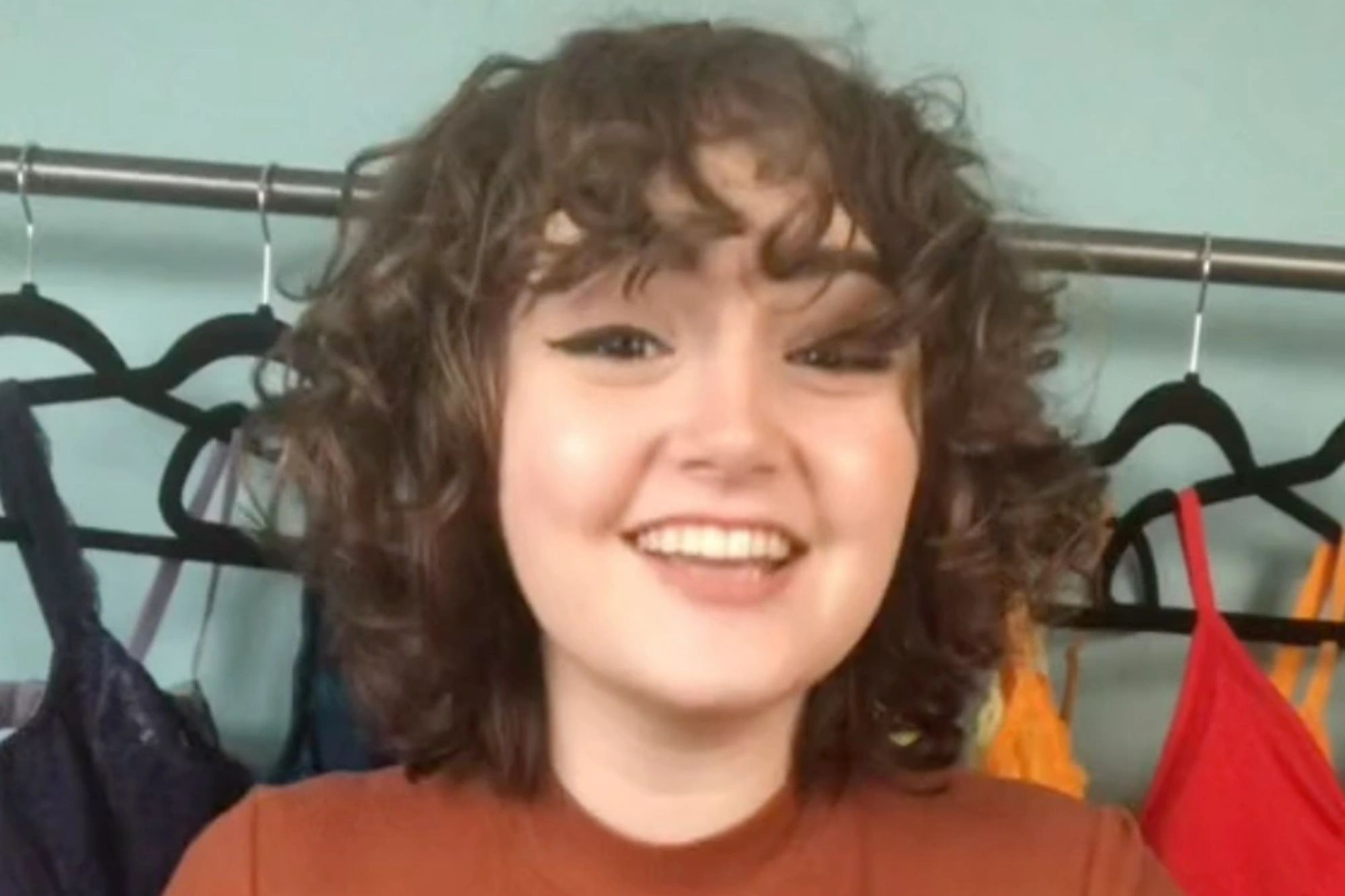 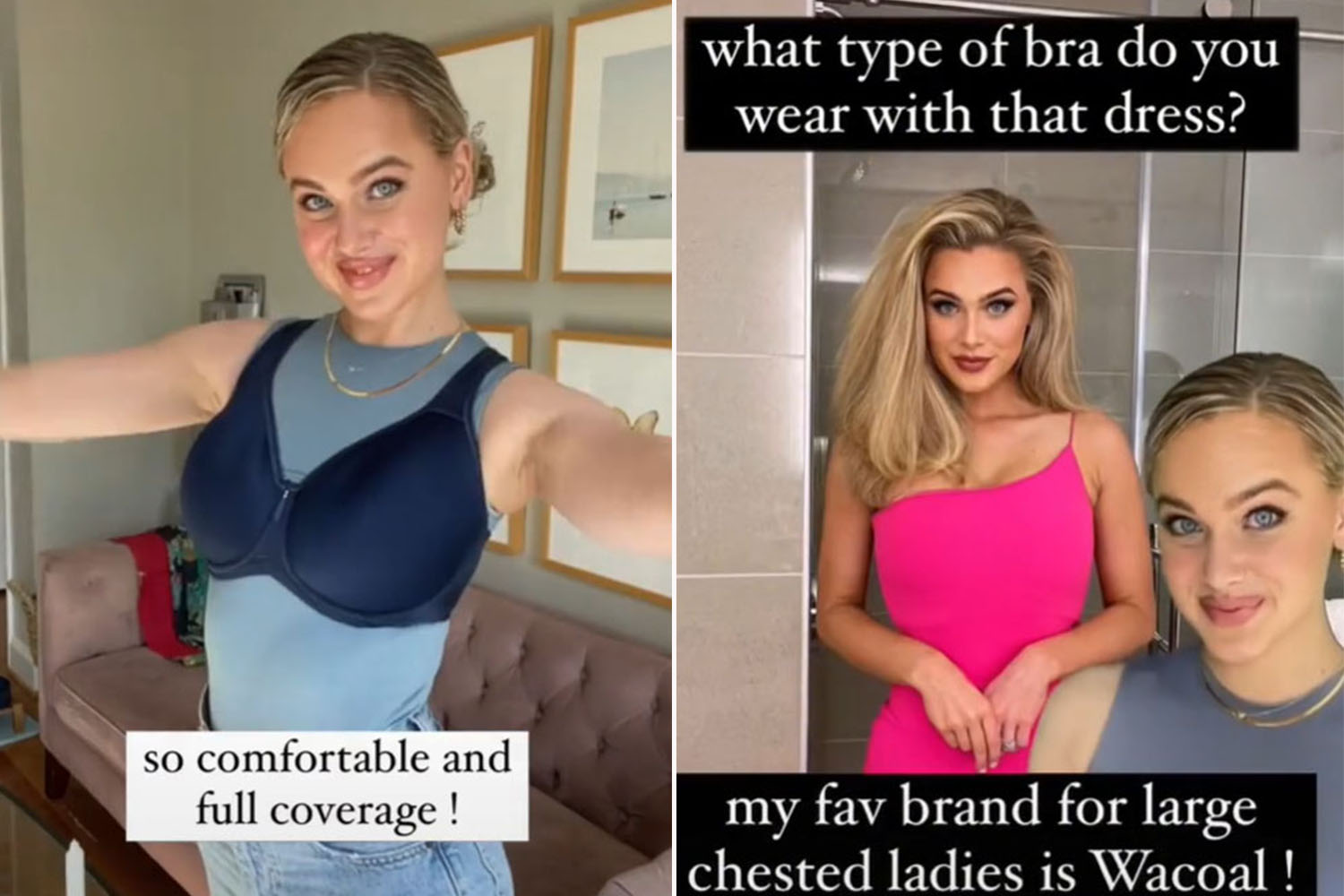 She posted a video which shows that even though you may have the same cup size, the band size of the bra determines the size of your boobs.

The reel, which saw two women dressed in identical clothing, standing side by side as they compared bra sizes.

The models wore cup sizes 32 & 36DD, and it was clear to see that there was a marked difference in the bust size of each girl and the cup size of the bra.

Speaking on her find she said: “As the band size of bra increases the same cup size increases in volume. So a 32 DD is smaller than a 36 DD.”

She useda tape measure to back up her claim amd showed that there was at least an inch worth of difference even though they were the same size.

The video was met with mixed reviews and followers of her page flocked to comment on the plus size influencers findings.

One follower wasn't convinced, and posted that neither girl who took part in the online experiment,looked like they were a DD cup size.

While others commented on how useful the video was. Emily Harpel added: “This was widely helpful to see side by side by side.” While Haven wrote: “Wow so helpful.”

One male commentator even commented on the video. Shazard Bansraj wrote that he found it “educational.”

Others also posted useful information that could also help to determine the right cup size. _g_999_qwe_ wrote: “Height also impacts how they look.”

It is not the first time that the Influencer has shared an amazing bra hack to her 82.8K Tik Tok followers.

The busty Internet star has posted videos which include how to dress with a DD chest and how to conceal a full chest. 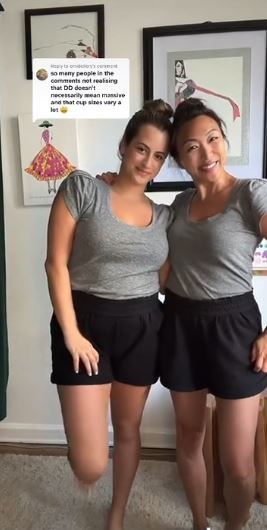 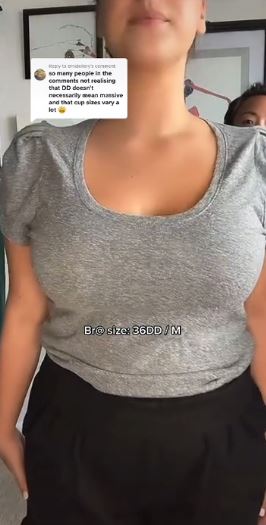