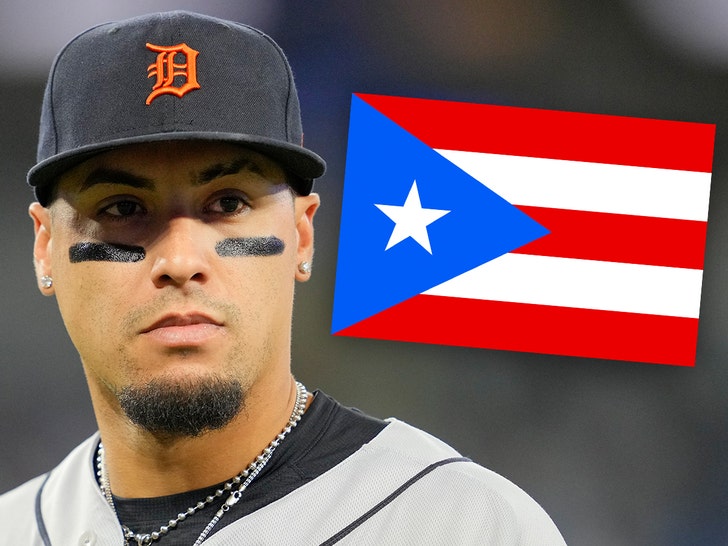 Detroit Tigers star Javier Baez is worried for everyone in Puerto Rico after Hurricane Fiona struck the island this weekend — and he’s now offering free food to those who are suffering from the devastating storm.

The hurricane made landfall in PR on Sunday — and according to governor Pedro Pierluisi, it’s caused “unprecedented” flooding in some areas. In fact, one flood actually forced a metal bridge to collapse in the Guaonica River.

Hurricane Fiona has also left millions without power … which means cooking food has been difficult — but Baez says he has people in his home country covered there — at no cost.

“All those families who are in need of a hot meal can stop by @taquizapr in Toa Baja,” the two-time All-Star said on Monday, “and we will serve it to you for FREE!!” 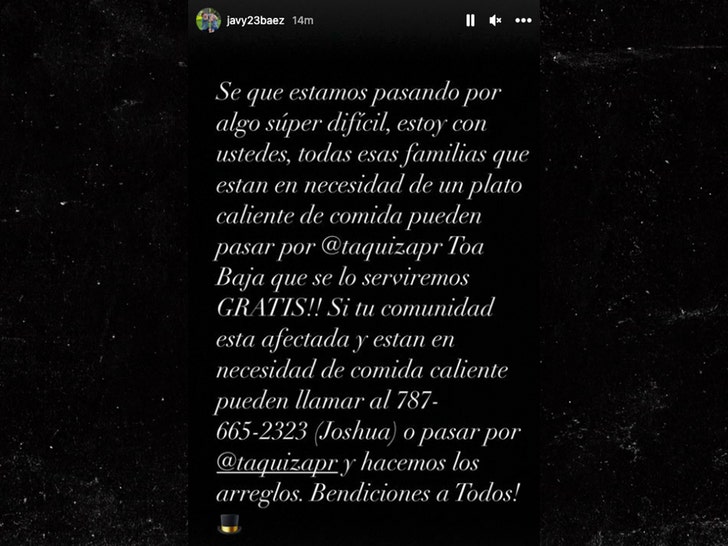 “If your community is affected and you’re in need of hot meal, you can call 787-665-2323 (Joshua) or stop by @taquizapr and we will make all the arrangements. Blessings to all of you!”

Baez added, “I know we’re going through something very difficult. I’m with you.”

Pierluisi said they’re doing everything they can to bring back power to the island as “inspection and restoration work is being done.”