SOMETIMES it feels like everyone you've ever met is taking part in Dry January, and silently judging you for that mid-week pint or glass of vino.

But have you ever pretended that you're having a quiet night in, when you're really enjoying a sneaky drink with mates? 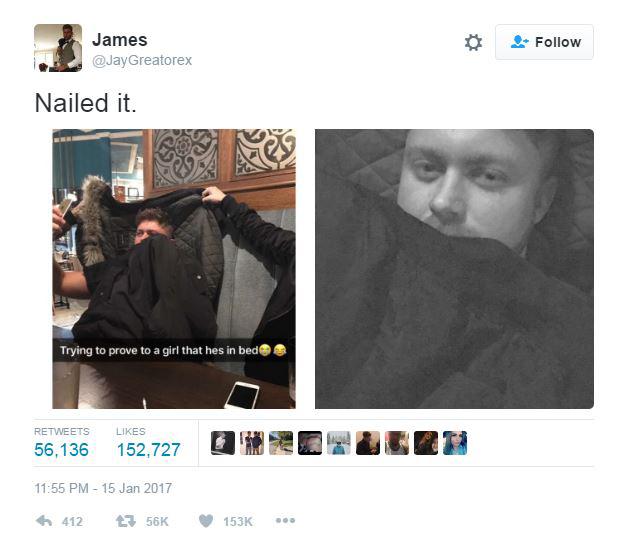 This is what one lad James did on Sunday night – when his mates helped him hatch a plan to convince his girlfriend he was at home in bed.

Clearly realising that a simple text may not be enough evidence, James decided to send a selfie to 'prove' he was in bed – despite being out on the town.

One of James' mates took a picture of the prank, writing: "Trying to prove to a girl that he's in bed" accompanied by two crying with laughter emojis. 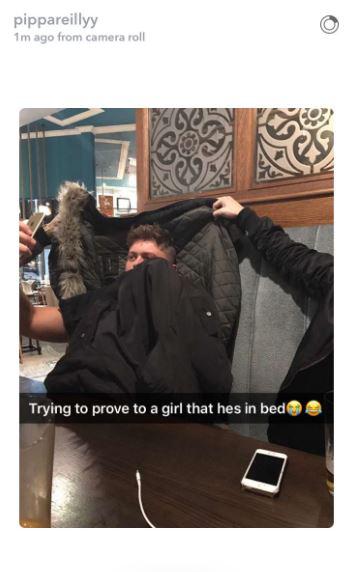 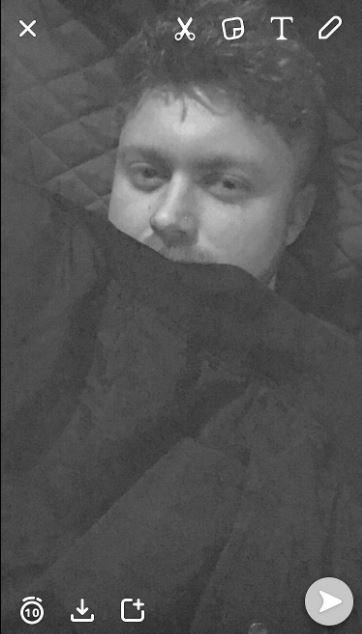 In the shot, James' pals are holding a coat up behind his head – to create the illusion that he is in bed.

James' shared the picture on Twitter, along with his Snapchat selfie, adding: "Nailed it".

Some thought the idea was a stroke of genius, but not everyone was impressed by James' lie. 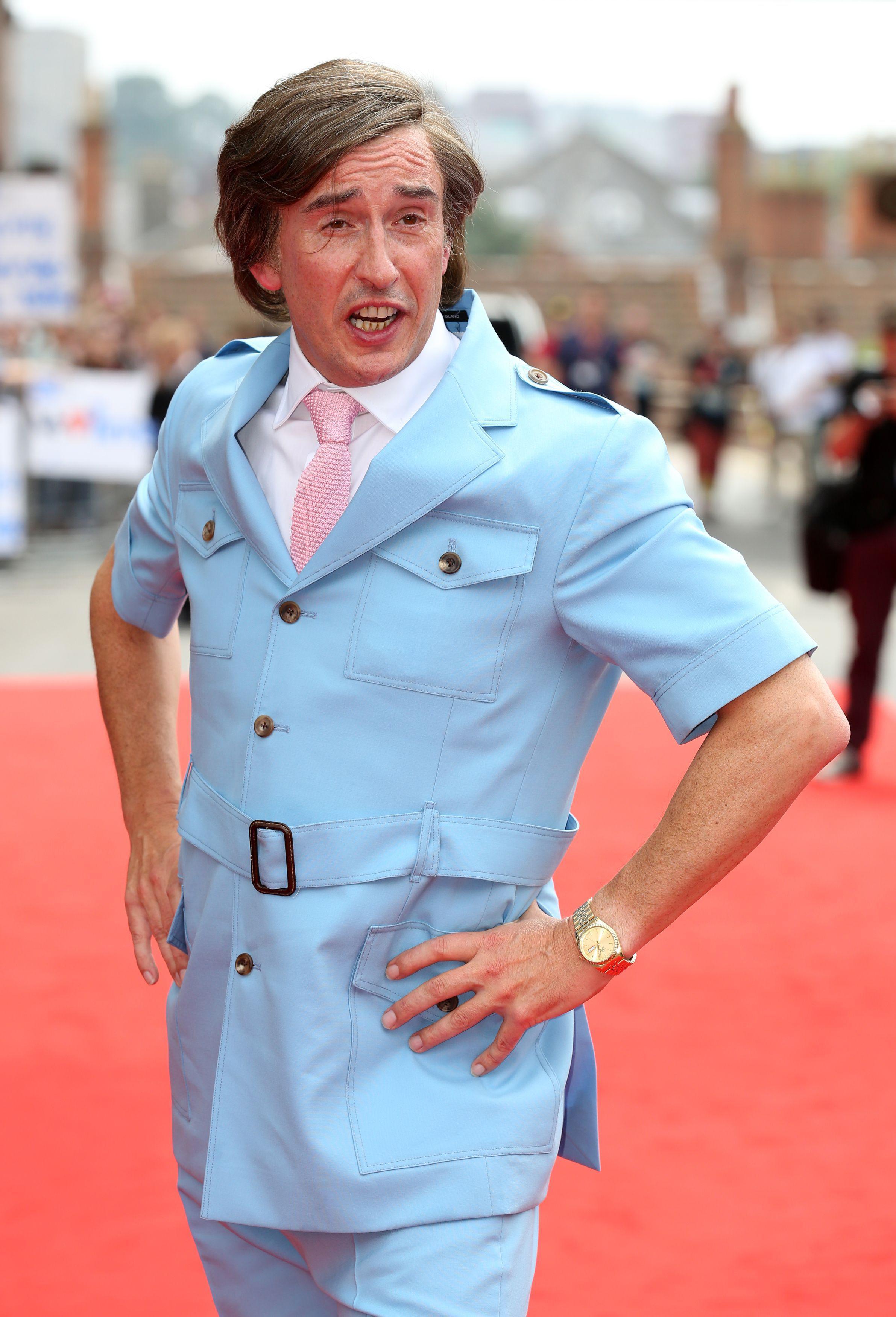 PERMING ME, PRANKING YOU, AHA! 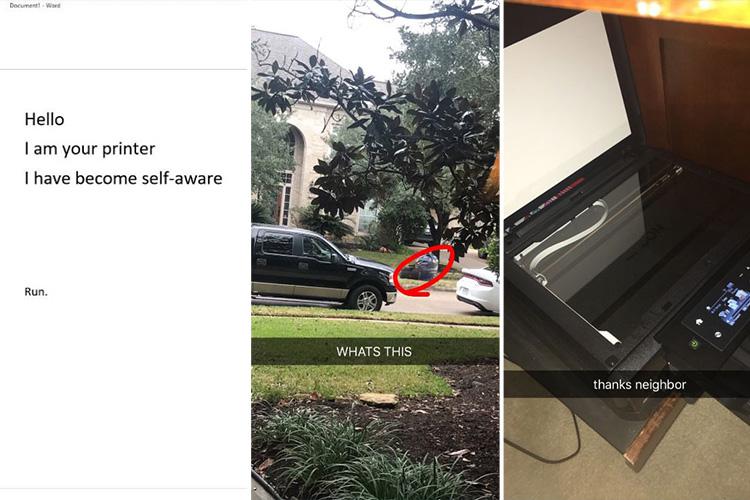 Teen bags a free printer after pulling a prank on his neighbour… so would YOU have the guts to do it? 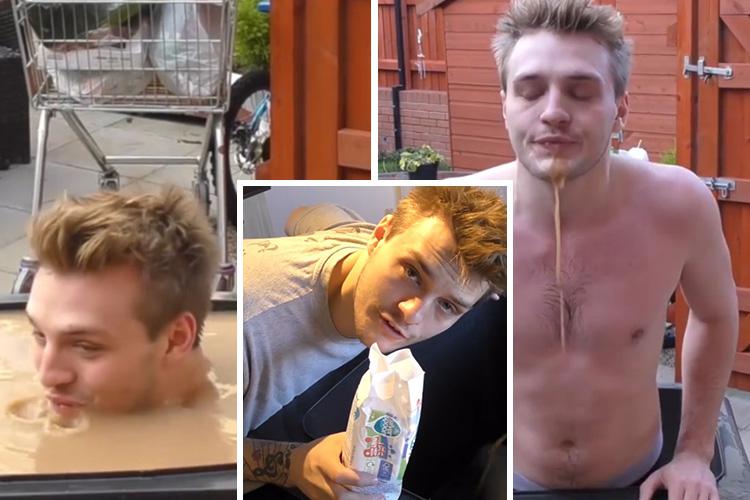 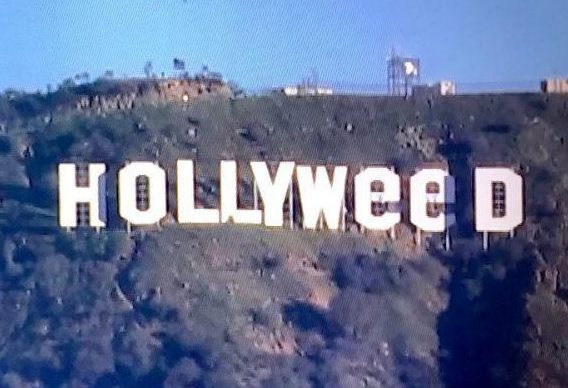 Some girls suggested that James' deceit was just another reason for women to not trust men, although others were quick to jump to his defence – and point out that he wasn't cheating or doing anything unsavoury.

And it turns out James isn't the only one to have pulled off a similar plan.

This lad even had a pillow on hand, in the car, to make his bedroom selfie seem legitimate.

Unfortunately, all this goes to show that things are never quite as they seem – even when you have photographic evidence.