Kate Beckinsale was reportedly rushed to a hospital in Las Vegas on Friday due to a back injury.

The 48-year-old actress, who is in Sin City filming her new movie, “Prisoner’s Daughter,” began complaining that her back went out around 10:30 a.m. local time, according to TMZ.

She is reportedly still in the emergency room being monitored by doctors.

A rep for Beckinsale did not immediately return Page Six’s request for comment.

The British-born starlet has not commented on her hospitalization yet on social media.

Her most recent Instagram post was shared on Thursday, and features Beckinsale striking an open-leg stance while wearing a flowing, white dress and black combat boots. She captioned the pic, “Oops #Vegas.”

Details of how Beckinsale may have hurt herself are still unknown and it does not appear that her new movie will be too action-packed like “Underworld” — one of her previous films.

“Prisoner’s Daughter” is a drama in which Beckinsale’s character struggle to reconnect with her father after he served twelve years in prison, according to Deadline. 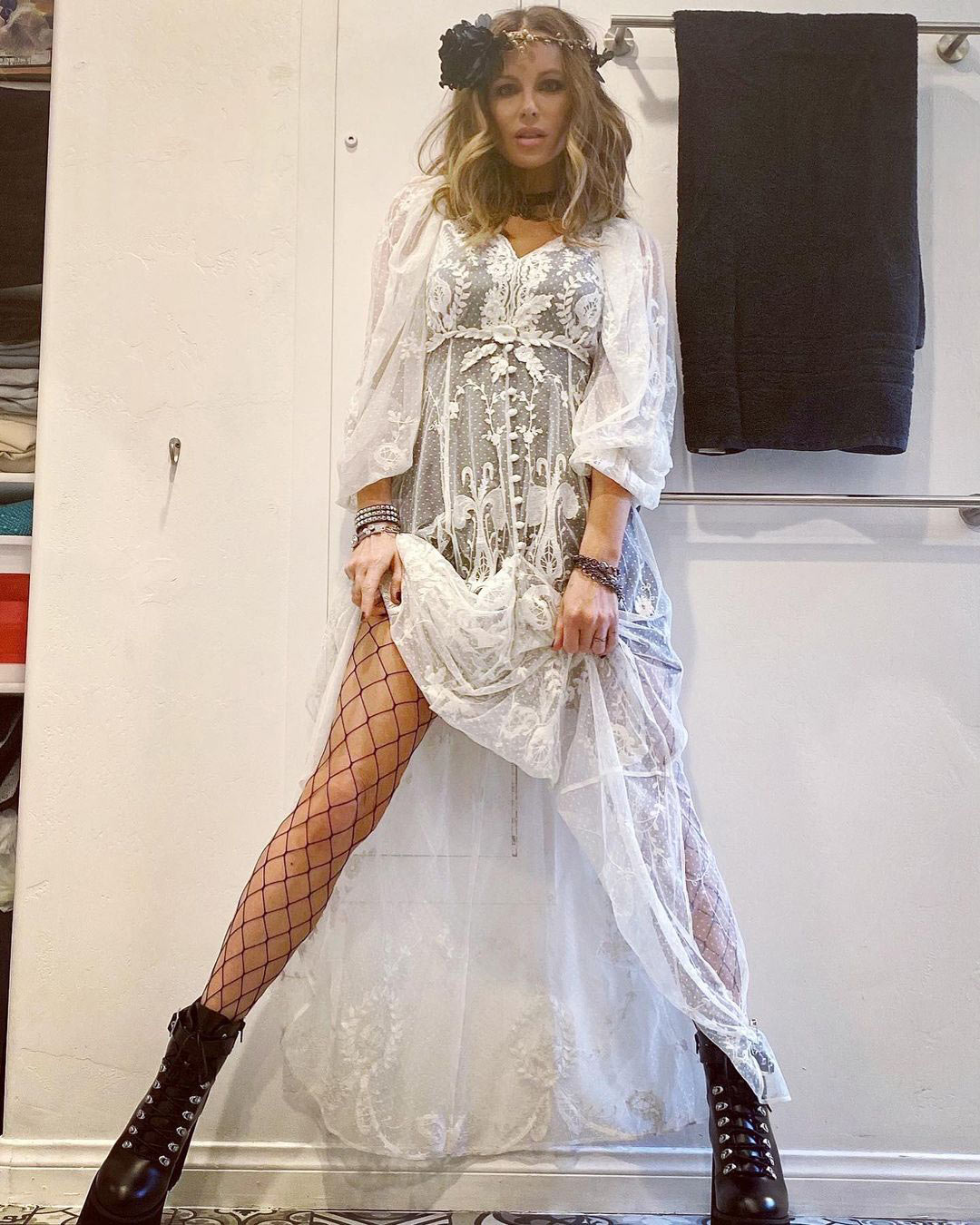 TMZ reported that Beckinsale has been in Las Vegas only a week for the film.

The “Serendipity” star does not have a history of any serious health issues.

In fact, amid the COVID-19 pandemic, she and her daughter, Lily Sheen, spent two years apart to take extra precautions and not spread the deadly virus.

Sheen is Beckinsale’s only child. Her father is “Prodigal Son” actor Michael Sheen, whom Beckinsale dated for eight years before they split in 2003.

Though Beckinsale is single now, she was last linked to “SNL” actor Pete Davidson.