Even though the dessert designer didn’t confirm the speculation, fans searched for clues that the cake was for Lili after Ptak, 43, shared a photo on Saturday, June 5, one day after the little girl’s birthday. The light pink cake featured peonies, a favorite of the Duchess of Sussex, 40, and the design was nearly identical to the wedding cake made for Harry, 37, and Meghan in May 2018.

Though the Suits alum and the military veteran didn’t share photos of her cake, they confirmed that Ptak returned as their baker over the weekend. She made a lemon elderflower cake covered in buttercream and decorated with fresh flowers for their nuptials, and she marked the four-year anniversary last month with a throwback post showing the cake.

“HAPPY ANNIVERSARY to Meghan and Harry!!” she wrote alongside one snap via Instagram. She shared a similar message in another post showing the massive cake display at the reception and included three white hearts. 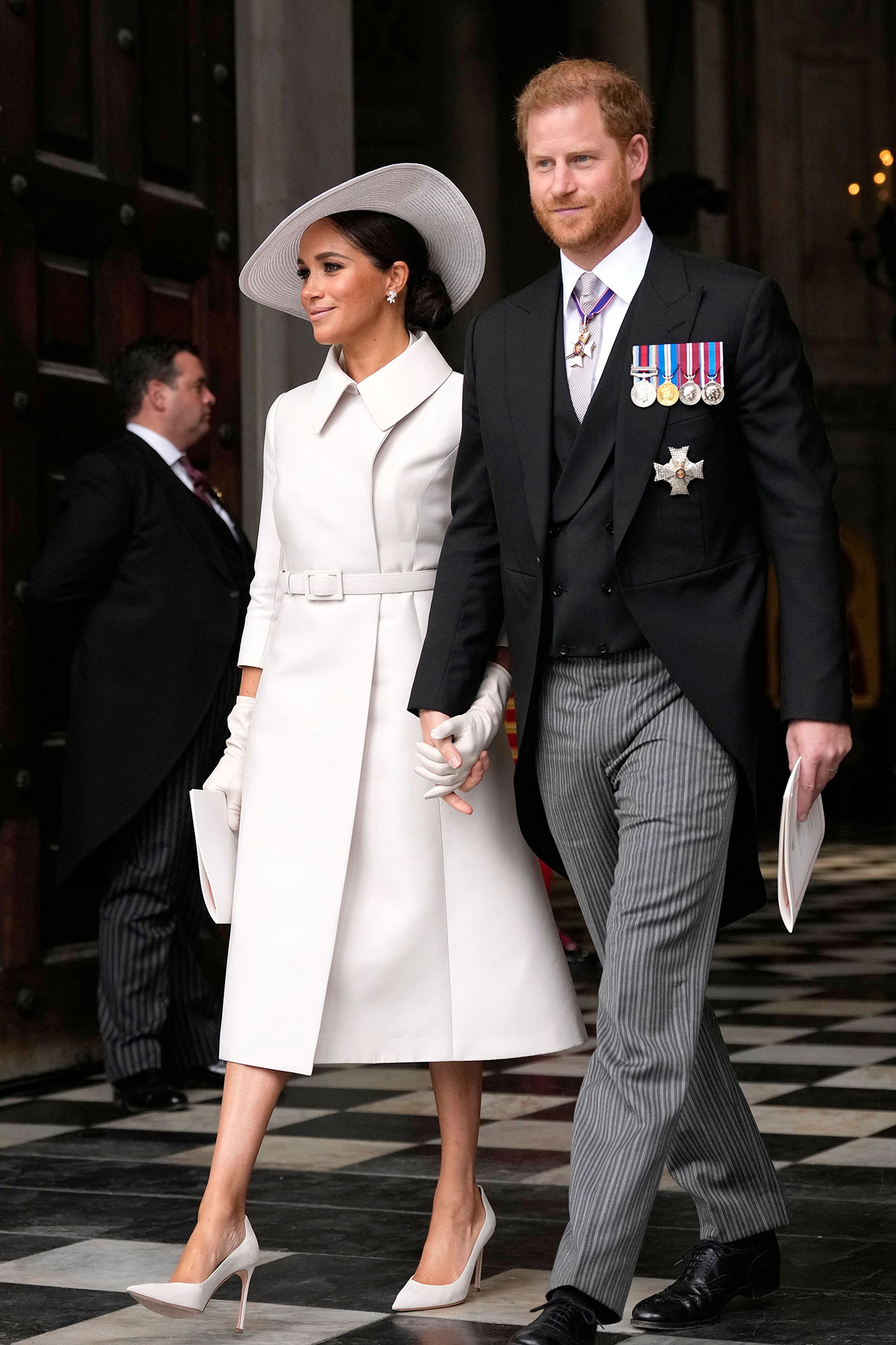 On Saturday, Ptak simply captioned the pink cake with a white heart emoji.

A smaller, matching cake was shown via Instagram on Tuesday, June 7. It shared a similar design, but it appeared to be tiny enough to be a “smash cake,” an individual dessert for the birthday baby to dig into with their hands.

“Frilly,” Ptak captioned the snap. Many noted how “frilly” rhymes with Lili.

“My guess is Lili’s smash cake. So beautiful. Lucky family that received this cake regardless,” one viewer noted. 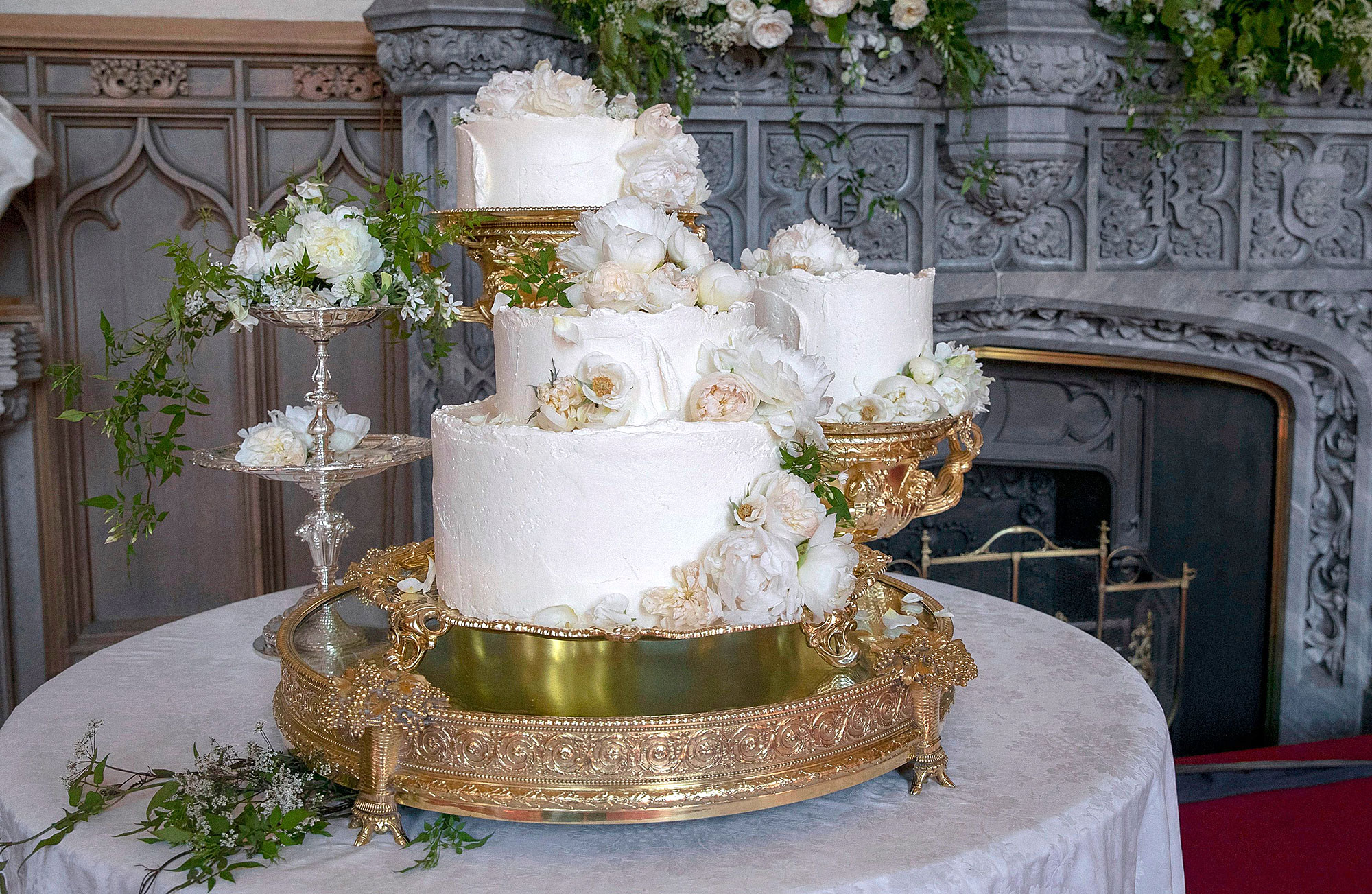 While the cake isn’t confirmed as Lili’s birthday dessert, a spokesperson did announce that the baker was responsible for the confections at the low-key celebration. Meghan and Harry, who also share son Archie, 3, hosted a casual picnic for their youngest child at Frogmore Cottage. The backyard party coincided with celebrations for Queen Elizabeth II‘s Platinum Jubilee, and the Sussexes shared the first photo of Lili’s face from the party.

Us Weekly confirmed that Lili met her great grandmother, 96, for the first time over the weekend. “Harry and Meghan visited the queen at Windsor Castle with Lilibet and Archie,” a source told Us exclusively.

The visit came after the monarch canceled some planned appearances amid some “discomfort” during the Trooping the Colour on Thursday, June 2. “After reluctantly pulling out of Party at the Palace, spending time with her great-grandchildren and seeing Lilibet turn 1 added some light to her day,” the insider explained.

Like any grandparent, she thinks Archie and Lili are “adorable,” and she gave the tots some gifts to celebrate finally meeting the youngest Mountbatten-Windsor in person. Lilibet’s name comes from the queen’s nickname.