Poppy was so thin when she was rescued by the RSPCA that it was feared she might not survive the night. The two-year-old lurcher/whippet cross was covered in lesions and vets said an injury to the tip of her tail could have been caused by her eating it due to extreme hunger.

But Poppy has made an incredible transformation at Cheshire-based charity Alsager Animals in Need which has been caring for her since January.

Lisa Williams, assistant animal co-ordinator at Alsager Animals in Need, said: “Poppy was given a body score of one out of nine by the vet who treated her and we were very concerned that she wouldn’t make it through the night when she first came into our care – she could barely put one foot in front of the other.

“Her legs were bent and twisted and because it was so cold and she had so little body fat, we put her under a heat lamp to keep her warm.

“She’s a very brave girl and has battled a long list of other health issues since – a perforated eardrum, a phantom pregnancy, a large abscess on her spine, two partial tail amputations, two ear hematomas, the removal of cysts on her teats and on-going issues with her skin. 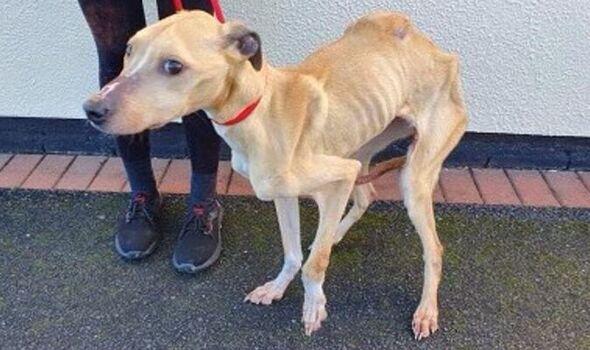 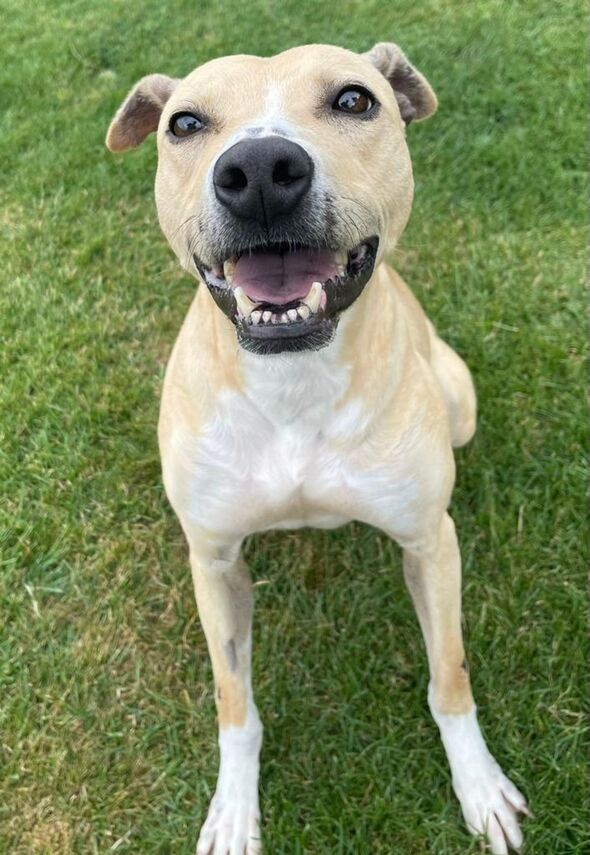 “It’s been a long road to recovery for her and she will most likely be left with permanent scarring on her back, but the light is finally back in her eyes.

“When you take her out for a walk, she’s into everything and anything and the joy and excitement on her face is wonderful to see.”

Despite her remarkable transformation and numerous appeals, Poppy is still patiently waiting for a home to call her own.

Hilary Baxter, animal welfare co-ordinator at Alsager Animals in Need, said: “Everyone who meets her adores her. 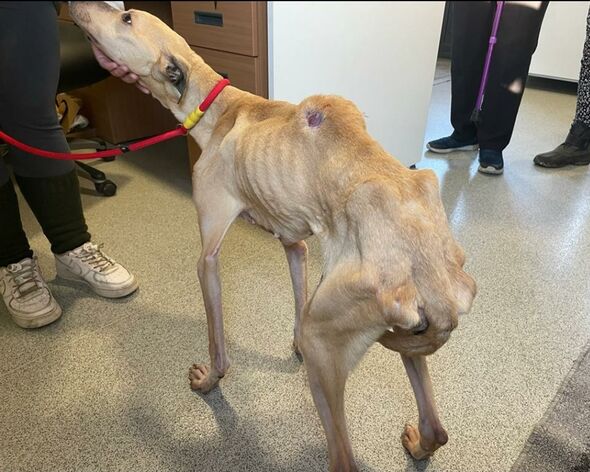 “Despite everything she’s been through she enjoys human company and has the most loving temperament, so it’s so upsetting that we’ve had so little interest in her.”

Poppy is looking for a home where she will be the only pet but could live with children over the age of 12.

Her new owners will need to continue her training and help build her confidence.

RSPCA inspector Natalie Perehovsky, who investigated the case, said: “Poppy was in such a distressing state when she was found, so to see these pictures of her now is just so heartwarming. 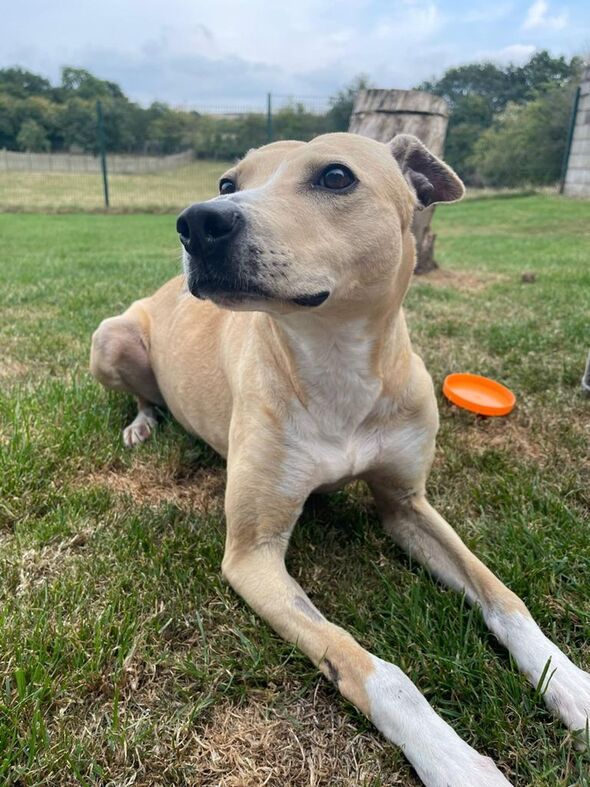 “Her unbelievable story is a reminder as to the importance of the RSPCA’s work to Cancel Out Cruelty.

“She’s been through a lot in her short life, but has proved to be a real fighter.

“She really deserves to have a home to call her own with people who are going to love and spoil her.”

Find out more about Poppy here.