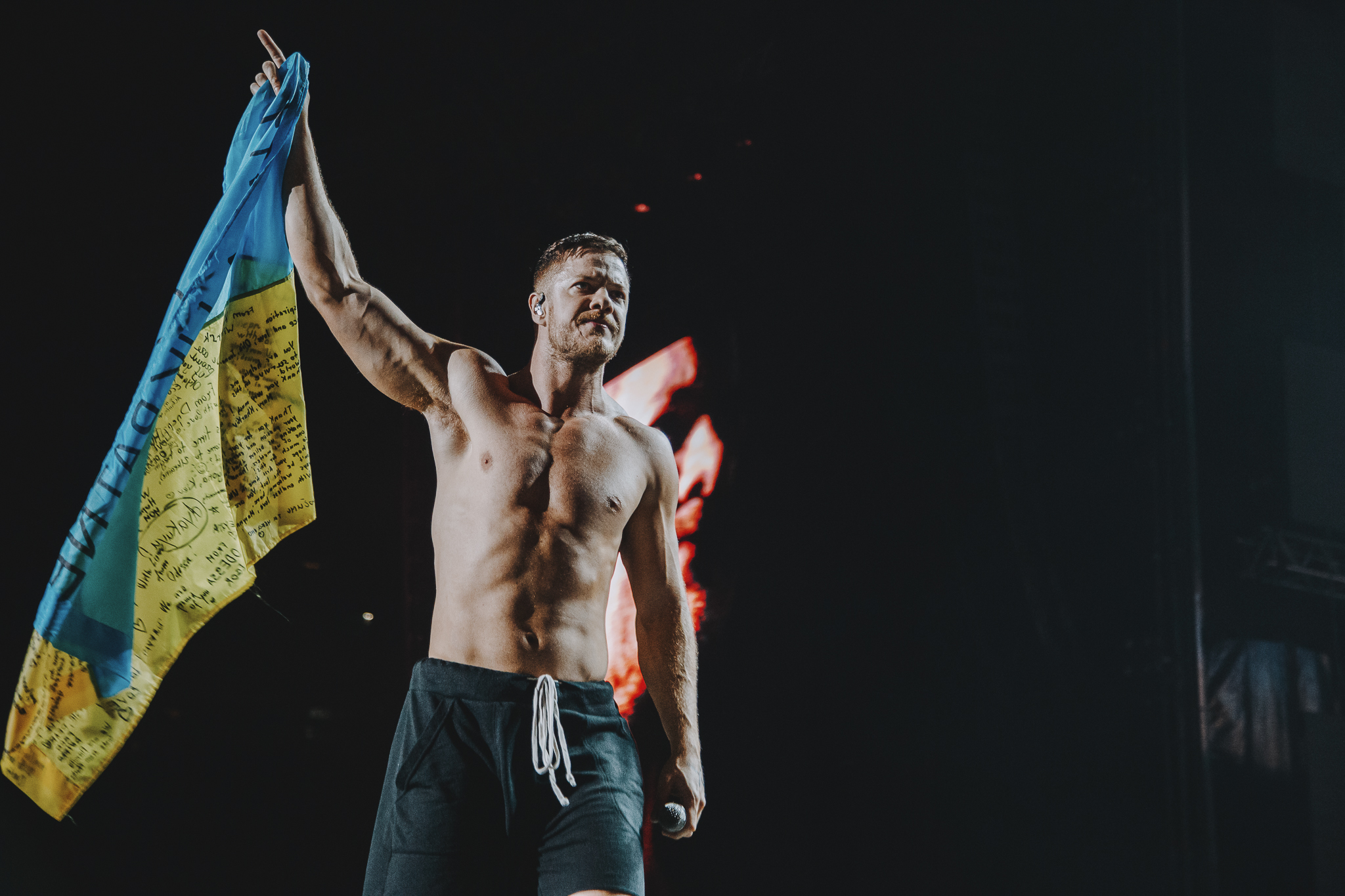 The Radioactive rockers immediately collaborated with First Lady of Ukraine Olena Zelenska on a project to help buy ambulances fully equipped to help save thousands of lives, with each C-type vehicle costing around €100,000 (£84,000).

As of Friday, 57 have now been acquired.

Speaking exclusively to Metro.co.uk, frontman Dan reflected on how it felt to have been recognised as official ambassadors to Ukraine through United24 by President Zelensky, calling it ‘humbling’.

‘It’s an honour to help in any way we can, but it’s also a little humbling because any recognition feels silly when you’re simply raising your voice,’ he said.

‘What our friends in Ukraine are going through is an absolute nightmare. Every single day, they are fighting for their lives and freedom. If there’s some way we can help, we’re going to do it.’

The band are also aware of exactly how they can help the country as it approaches six months since Russia invaded.

‘When we spoke to President Zelensky we asked him what his biggest need was. Without hesitating, he said, “Don’t stop talking about us.” We live in a 24-hour news cycle world where even critical things are forgotten a few days later, and the war in Ukraine is no different. If we can help keep the story in peoples’ minds, we’ll at least have done what he asked.

Imagine Dragons visited Ukraine on their 2018 tour for the first time but have a deep affection for it, as well as personal connections.

They had planned to play there again this year as part of their 2022 Mercury Tour but cancelled their shows both there and in Russia ‘until further notice’ in solidarity with the nation – as well as pulling their music from Russian shelves – when war broke out.

Dan shared: ‘We had a pretty incredible time the last time we played, and it was hard to have to cancel our show on this current tour. The people are so warm and welcoming.

‘My sister-in-law actually lived there for a few years, and I have been working with my brother on a (non-music) side project with a team entirely based there for years now.

‘So we do have a lot of connections with the country, but on a human level I think all of us are connected to any democracy fighting for freedom in 2022.’