‘It looks expensive here. You can buy us a drink or we can go somewhere else, I’m not buying one.’

I should have walked away, but, as a people pleaser who couldn’t deal with confrontation, I didn’t. Instead, I bought us a drink.

According to the dating agency I’d signed up to, Dan was a 28-year-old artist looking for an independent woman to holiday and enjoy life with.

I thought, ‘He’s creative, I could lead a bohemian life travelling the world exploring and making art… let’s do this.’

We met at Malmaison, where I was friendly with the staff. As I walked in, they knew I was on a blind date and, after having interacted with him, asked me if I was sure I wanted to go ahead with it.

I should have walked away… I didn’t.

There was Dan, 6ft 4in (brilliant) full length matrix coat, bald head and goatie beard that skimmed his belt buckle (not so brilliant).

I was disappointed in myself for judging his outfit. But in the next 30 minutes, he told me his mum had paid for his dating membership — the same mum that put his art in her café, which is why he said he was an artist.

He couldn’t read or write, but wasn’t bothered; and he was looking for someone with their own home so he had somewhere to have sex as he was currently still living with his parents.

Rather than buying another drink, I went home and cried.

I was living in Leeds and had landed my dream job, doing PR for Harvey Nichols. I had a lovely flat in the city centre and great friends, but I was impossibly lonely and constantly panicking that the life I wanted (house in the country, a lovely, happy husband and children) was slipping away.

I had no idea where to find him!

Then, a supposedly high end dating agency opened in the city. They promised to bring like-minded people together to create real connections, not just based on photographs and clicks. I hadn’t done online dating before, but my friend and I were talking about different ways to meet men, so when we were invited to the launch, we decided it was fate.

At £300, it was relatively expensive to join and the application process was intense, consisting of a form, a personality test, followed by a two-hour face-to-face interview.

Nonetheless, I was accepted and ready to go… 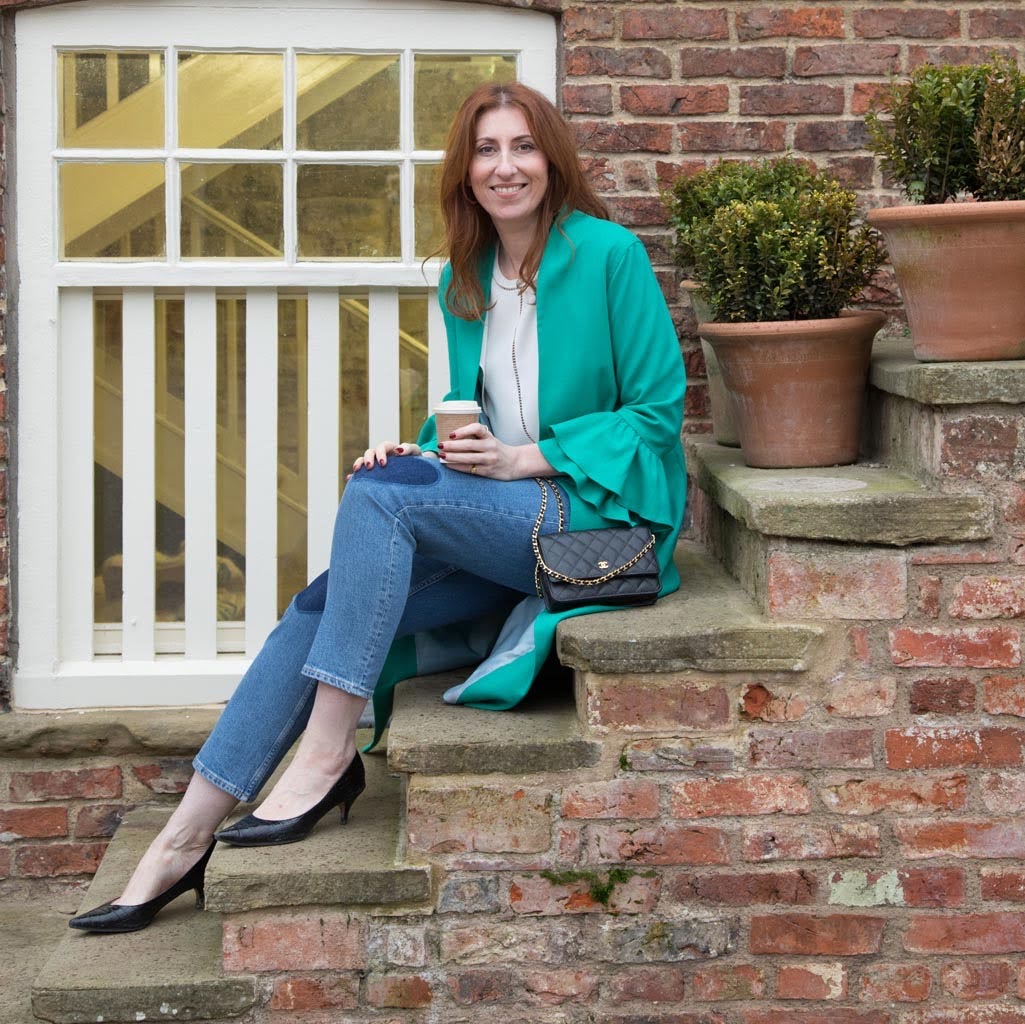 There were no pictures or swiping or clicking. You got a message from the agency with a written profile, a suggested time and location. You could, of course, say no but why would you? He could potentially be The One.

My first date was 29, into fashion, worked for the police and loved great food. He was looking for a serious relationship.

My reaction: I will dress ‘fashionably’, he will be quite serious so I will be too, and we’ll go to a really nice restaurant so we can both enjoy great food.

It turned out, I already knew him; he’d dated pretty much everyone I knew. Once I’d got over the shock, we had a nice time, talking about mutual friends. At the end of the night, we split the bill and went our separate ways. Months later, I found out he was the best friend of the guy who owned the dating franchise.

Date two was a very successful recruitment consultant who loved travelling and food and was ready for love.

I thought, ‘He sounds lovely and romantic’. I’ll wear my Chloe floaty dress and giant wedges. I’ll laugh at his jokes and talk about how great I am at cooking!

At this point, I should mention: I am tall — 5ft 10in — and I love high heels. Appearance isn’t something I have specific likes or dislikes about, but height was especially important for me back then. I always felt big and clumsy and, when nervous (like on dates), my limbs seemed to grow and turn me into a kids’ TV character with giant arms and legs.

On the night of the date, I stood at the bar in all my 6ft plus glory and a man who looked like he weighed seven stone dripping wet walked in. He was 5ft 2in, absolutely beautiful… but tiny.

I asked if he wanted to sit at the bar or at a table. He chose a table as he struggled to get onto bar stools. He made a joke about how I obviously didn’t have that problem. We laughed and actually had a very pleasant drink. He walked me home, and I walked beside him in the gutter to try and average out our height differences a bit.

When I got home, I cried again. It took so much out of me to get ready – both physically and emotionally – for these dates. The day-dreaming, the amending of my appearance and personality to what I thought they would like.

Then, on the dates, attempting to be the person I thought they wanted me to be when I really, really didn’t want them.

‘Him’ turned out to be Dan.

After my disastrous date with Dan, I went home and jabbed on my laptop to pen another angry email to the agency. But, as I started it, I realised that I was focusing on how embarrassing it was for me to go on dates with people who wouldn’t fancy me or want me.

All I’d specified was that I was looking for someone who would like me — and from the agency’s point of view, they had achieved that.

I was fashionable (date one), tall and ginger (date two) and lived alone (date three).

But I hadn’t actually taken the time to think or articulate to the agency what I was looking for.

So I started to focus on that. I used a few self-help books that made me look a bit deeper at myself. I spent more time with friends, less time feeling sorry for myself on the sofa and even less time thinking about men.

Then, I met a guy in real life, who was great and almost right. Then, I met another one who was even better. I had an exciting long-distance fling that I enjoyed despite knowing he wasn’t The One.

Then, I did meet him. The One. For me. I was sat at a work dinner, turned to my right and there he was. It was easy. I didn’t change to be with him, I didn’t over analyse his texts, it just happened and, luckily, I was the one for him too.

Sat here at 43, happily married with a lovely daughter, I often forget the panic I felt in my late twenties and instead daydream about dating. The nice outfits, the lovely bars and also the expectation… the expectation that this time, this date would be The One.

I had the ability to dream up an entire future with someone, sometimes before I had even spoken to them. But ultimately, what I needed to do was dream up who I wanted to be, make that happen and then he could come along, meet me and see if it worked. And it did!

So, How Did It Go? is a weekly Metro.co.uk series that will make you cringe with second-hand embarrassment or ooze with jealousy as people share their worst and best date stories.

Want to spill the beans about your own awkward encounter or love story? Contact [email protected]

Rush Hour Crush – love (well, lust) is all around us

Tell us about your Rush Hour Crush by submitting them here, and you could see your message published on the site.