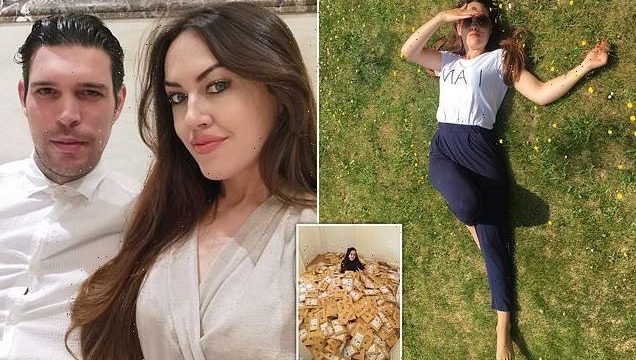 I used ‘lucky girl syndrome’ to make more than £1 million from my jewellery brand – and it can help YOU get anything you want too!

TikTokers all around the world are swearing by a simple tactic to bring good fortune into their lives – and it’s as easy as simply believing that good things will happen to them.

Dubbed the Lucky Girl Syndrome, this technique has been praised time and time again, as bringing blessings to people’s lives ‘overnight’.

People have credited career successes, romantic escapades and other personal wins to the technique, which in theory is similar to ‘manifesting’ – the idea that by thinking, believing, and acting in a positive, aspirational way you can have anything and everything you want.

And one woman claims that, through her mindset alone, she’s been granted a million pounds, a baby and a successful company. 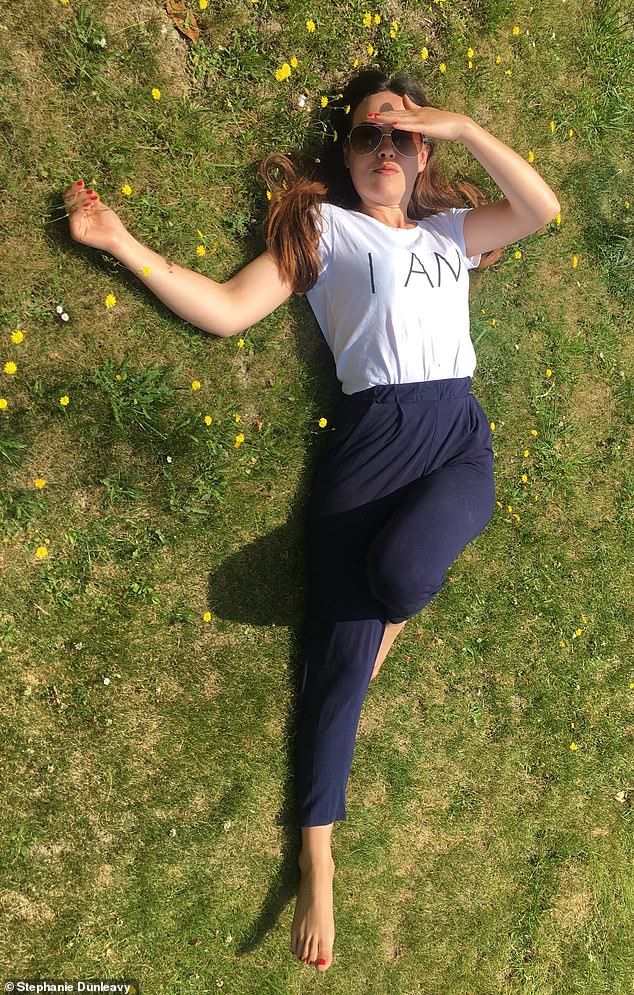 Stephanie pictured proudly wearing an ‘I AM’ T-shirt . She wants to spread the message that those two words are powerful

Stephanie Dunleavy says the social media trend – which has seen #luckygirlsyndrome tag rack up more than 79.1 million views – has taken her and her jewellery company Soul Analyse to global success.

‘We had nowhere to live at the time,’ she told FEMAIL. ‘I had no money to market the company or means to hire anybody to help but even back then I was using “Lucky Girl Syndrome”.’

Stephanie recalled how one night when she ‘didn’t even have two pennies to rub together’, she wrote a cheque to her company for the amount of £1 million pounds. 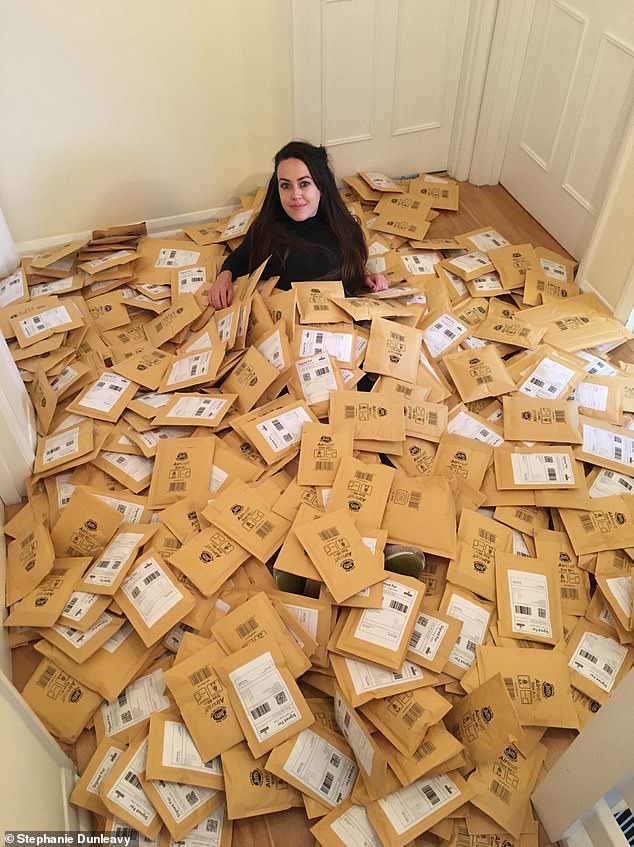 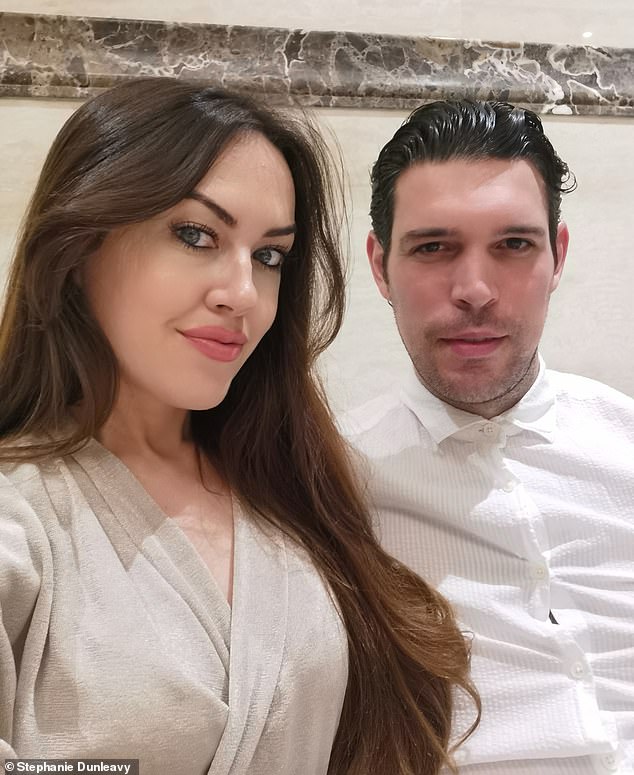 In 2017, Stephanie (pictured with her partner) started her company ‘with £1,000 from her husband’s mum’s front room table’ 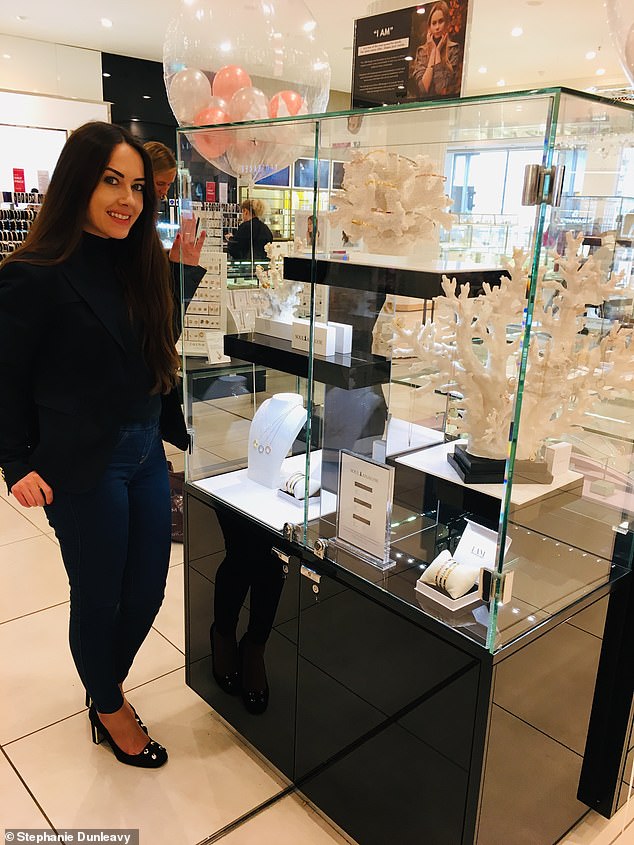 Stephanie pictured launching her brand in House of Fraser. After using the Lucky Girl Syndrome technique ‘for years’, Stephanie admits her biggest ‘gripe’ with the method is its name

1. Affirmations are personal statements so they must be said in the first-person. For example, ‘Everything is always working out for me’, ‘I am attracting all kinds of wonderful experiences into my life’

2. They must always be said in the present tense, as if they are already happening

3. It’s important to not only speak the affirmation but feel it too. Tap into the emotions of the words being used

4. Lastly and perhaps most importantly, they must be said with repetition. When I’m working on attracting something into my life, I will say the same affirmation hundreds of times a day for at least a month

She says that simply by believing in her own self, her goal came true.

Her company Soul Analyse – an affirmation jewellery brand – has been worn by the likes of style guru Gok Wan and has since had ‘hundreds of thousands of customers’.

‘And as a result I’ve received worldwide press exposure in the likes of Forbes and all the national newspapers,’ Stephanie revealed. ‘I left school at 16 with zero qualifications and worked in telesales. Some might have thought my future looked bleak but I knew there were great things in store for me.’

‘I struggled to get pregnant for years but I never sourced outside medical help because I knew it would happen for me,’ she revealed. ‘I found a picture that looked like me and my husband holding a baby and I stared at it receptively for months.’

Stephanie then says she fell pregnant after trying for three years, all through the power of belief and manifestation.

After using the Lucky Girl Syndrome technique ‘for years’, Stephanie admits her biggest ‘gripe’ with the method is its name.

‘It has NOTHING to do with luck,’ she insisted. ‘It’s the law of assumption – when you expect it to happen, it surely will.’