No hard feelings. Erin Andrews‘ journey on Dancing With the Stars may be over — but the sportscaster still speaks to several pros.

Tom Bergeron! Tyra Banks! ‘Dancing With the Stars’ Hosts Through the Years

“I have texted Maks [Chmerkovskiy] a little bit here and there. Obviously with everything happening in Ukraine, I had reached out to him,” Andrews, 44, exclusively told Us Weekly on Wednesday, January 25, while promoting her partnership with Dr. Scholl’s. (The choreographer, 44, was Andrews’ season 10 partner before she began cohosting the series with Tom Bergeron in 2014.)

She continued: “I had reached out to Val [Chmerkovskiy]. Val just had a baby [with Jenna Johnson], so I texted him the other day that I loved him and congrats and things like that.”

The Maine native makes an effort to stay in touch with her DWTS pals even though they are no longer her coworkers. “It’s little things like that where I’ll DM the dancers or they’ll reach out as well,” she told Us. 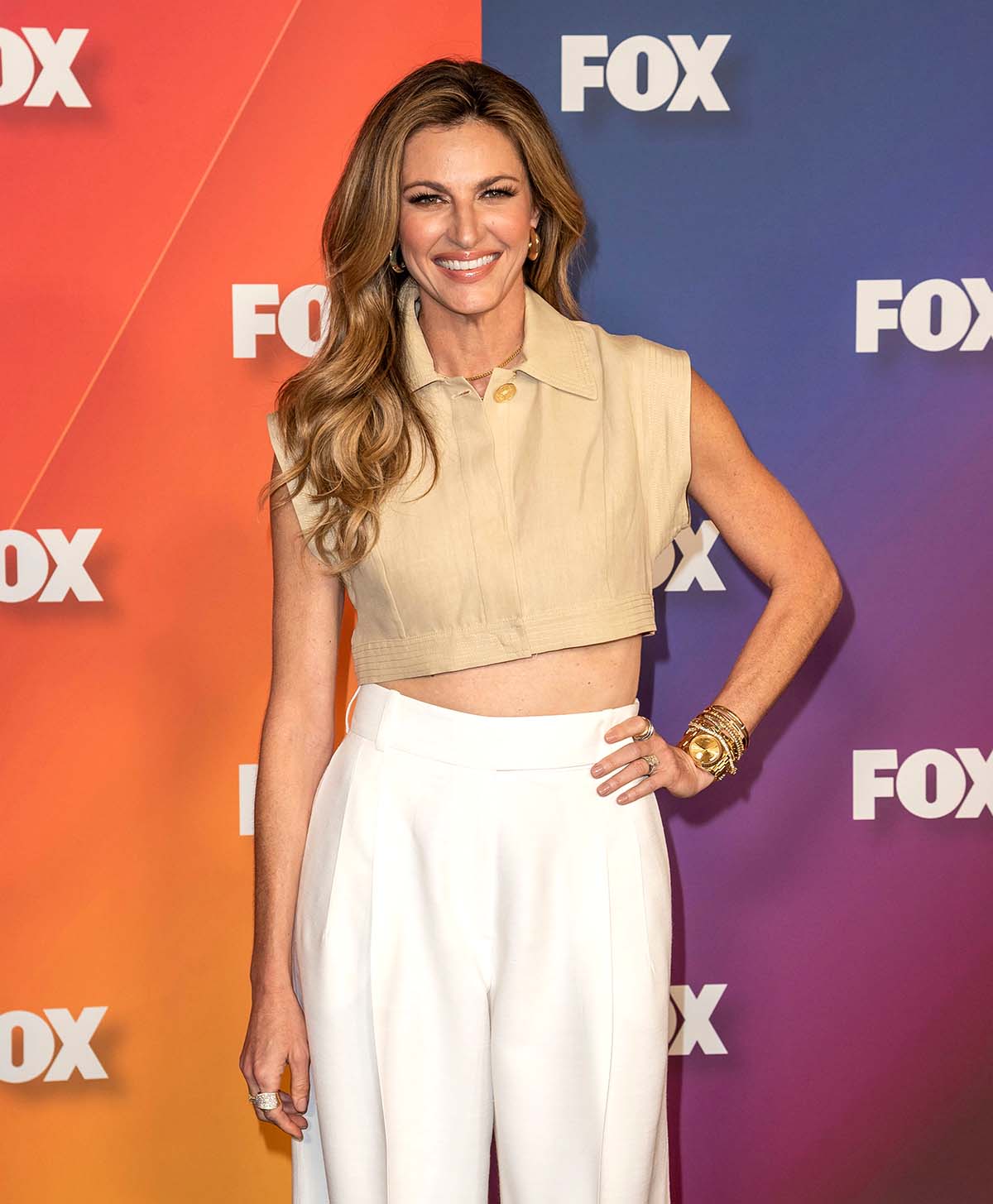 When it comes to Bergeron, 67, Andrews teased that she’s been slacking on communication. “Actually, I owe him a text message. So, Tom, if you see this, I owe you a text message and I promise once Super Bowl is over, I will reach out,” she joked on Wednesday.

Despite her abrupt departure from DWTS, Andrews is still left with “fond memories” from her time on the show.

Biggest ‘Dancing With the Stars’ Controversies Through the Years

“I mean, my relationship with Tom and those dancers [continues]. And I love the performing arts so absolutely [I remember DWTS fondly]. But I have not had a chance to see it at all,” she revealed to Us. “I’m still trying to catch up on White Lotus. We’re waiting for Succession to come out. I may or may not be on episode three of Netflix’s Harry & Megan. I don’t even have time to watch what everybody else is watching right now.”

DWTS viewers were shocked when Andrews and Bergeron were let go as cohosts in 2020. “I will always cherish my days on that set, even if I wasn’t the best at walking in heels,” she tweeted shortly before the network announced Tyra Banks would be taking over the role solo. (The model, 49, was later joined by Alfonso Ribeiro when the ballroom competition moved to Disney+ for season 31.)

More than one year after being cut from the DWTS crew, Andrews discussed how her departure allowed her to pursue new projects.

In order to view the video, please allow Manage Cookies

“I give my best to [the show]. My schedule has been so crazy with [football commentating], the clothing line, the podcasts … trying to have a baby, that I think it was the best thing for me,” Andrews, who is married to hockey player Jarret Stoll, told Us in November 2021. “They wanted to go a different direction, and they’re doing that now. So, hopefully, they’re happy.”

Andrews is now looking forward to upcoming opportunities — including getting ready to cover the Super Bowl LVII. The sideline reporter explained that she relies on Dr. Scholl’s to help her deal with the discomfort of being on her feet all day during a big game.

“It’s really how I take care of my feet because a lot of people don’t realize that I am on my feet really all weekend. But for game days, it’s massive,” she shared with Us weeks before the 2023 championship. “I mean, we get to the field about three to four hours before the game. It’s not like we’re sitting down and chilling.”

Super Bowl LVII: Everything to Know About the 2023 Football Game, Matchup

Andrews continued: “We get out on the field, we’re talking to the players, the coaches, the general managers — and that’s just three hours before the game. And then the game takes four to five hours. So, it’s really how I take care of my feet and that’s why this partnership with Dr. Scholl’s is huge for me.”

The former ESPN correspondent explained that the shoe inserts are the perfect option for both big events and day-to-day activities.

“You guys don’t have to be working a football game to worry about how to take care of your feet and knowing how important it is. When your feet hurt, your whole body hurts and you’re over it. And that’s big for me,” she continued. “I love these pain protective insoles. You can throw these in any shoe that you’re wearing and it kind of takes the pressure off your lower back. You just don’t feel like you’re exhausted, which is huge for me because I can’t do it. Then another one is this severe cracked heel bomb, which is great for hydration. It’s great if you wanna give yourself a little massage.”