Last month a reader of this masthead was kind and misguided enough to call for me to become prime minister. I got a kick out of it but was too busy raging at online furniture companies and making voodoo dolls of Shane Warne to take it seriously.

Then came our third successive summer of discontent. Not terrible fires, not the unsettling look-over-your-shoulder hiatus between COVID waves but being able to smell a rat yet not find a RAT. 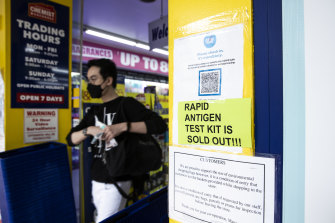 Most pharmacies have run out of rapid antigen tests (RATS) which are now almost impossible to find.Credit:Louie Douvis

How did we get here? Oh yeah, that’s right. With Omicron overwhelming the slow and expensive PCR testing system, the federal government backed a move to rapid antigen testing.

Then they weren’t willing to follow countries like Singapore and the UK and buy kits to give to those who need them. Maybe too preoccupied with signing up to vague $100 billion submarine pacts, letting multi-nationals keep JobKeeper payments and waving away car parks in Coalition seats. 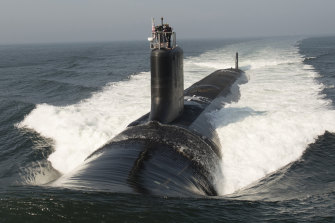 The federal government spent too much time on questionable submarine deals instead of the rollout of rapid antigen tests.

The basic problem seems to be that in November when the TGA approved the use of RATs in Australia, nobody in the government thought ahead. Nobody looked at the modelling for soaring cases or figured health workers would want a Christmas break and holidaymakers would need tests to go interstate.

Cue empty shelves, claims of price gouging, disillusion. An impact beyond inconvenience that –again – risks livelihoods and health and undermines our trust in leaders.

Prime minister Scott Morrison has had a few cracks at tackling it – invoking the value of personal responsibility and limitations of government before arguing against himself about money then backflipping and saying some people could get free RATs, you still with me? – but enough is enough.

Scott, time you slipped an Evanescence CD into the Clubsport stereo and burned off. I’m taking the reins. And my first act will be getting actual professionals involved in organising Australia. 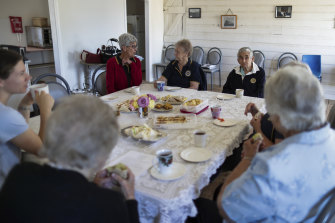 The rollout of the rapid antigen tests calls for the organisational skills of the CWA.Credit:Alex Ellinghausen

Back in 2012 my daughter and I volunteered at the CWA pavilion at the Royal Adelaide Show. The Devonshire teas were the hottest ticket in town. We were hammered for days, and not once did the CWA ladies drop the ball. Not once did customers go sconeless. Not once did we run out of jam or cream.

The ordering, budgeting, rostering, customer service and quality control was immaculate. These were no little old ladies kneading dough while gossiping about Joyce’s daughter’s hysterectomy. They were tough, professional and uncompromising.

And exactly what Australia needs. Organisational guns with lived and learned experience who take charge in times of crisis with no fuss. Who know that failing to plan means planning to fail.

Imagine if these holidays you bypassed PCR queues to hit up a CWA pop up at footy ovals or shopping centres. A quick checklist, and the ladies would rule if you needed a test. No wasted money or time. And your kids would be told to put their phones away and not slouch.

Moving forward, AFL boss Gillon McLachlan will be tapped to collaborate because of his proven organisational chops. And all politicians will have to have a planning test, not a law degree or desire to make a difference.

They’ll have 24 hours to book parent teacher interviews, take kids to the orthodontist and basketball, service the car, buy Christmas presents for 24 people, prep a month of freezer meals, counsel their best friend, exercise and do their paid job.

They’ll be disqualified if they’ve ever ask a partner, “Should I hang the clothes out?” or “Should I call mum on her birthday?”

Simple. Then I’ll slip back quietly to the Warnie dolls, the nation in the safest of hands. Country women, your country needs you!