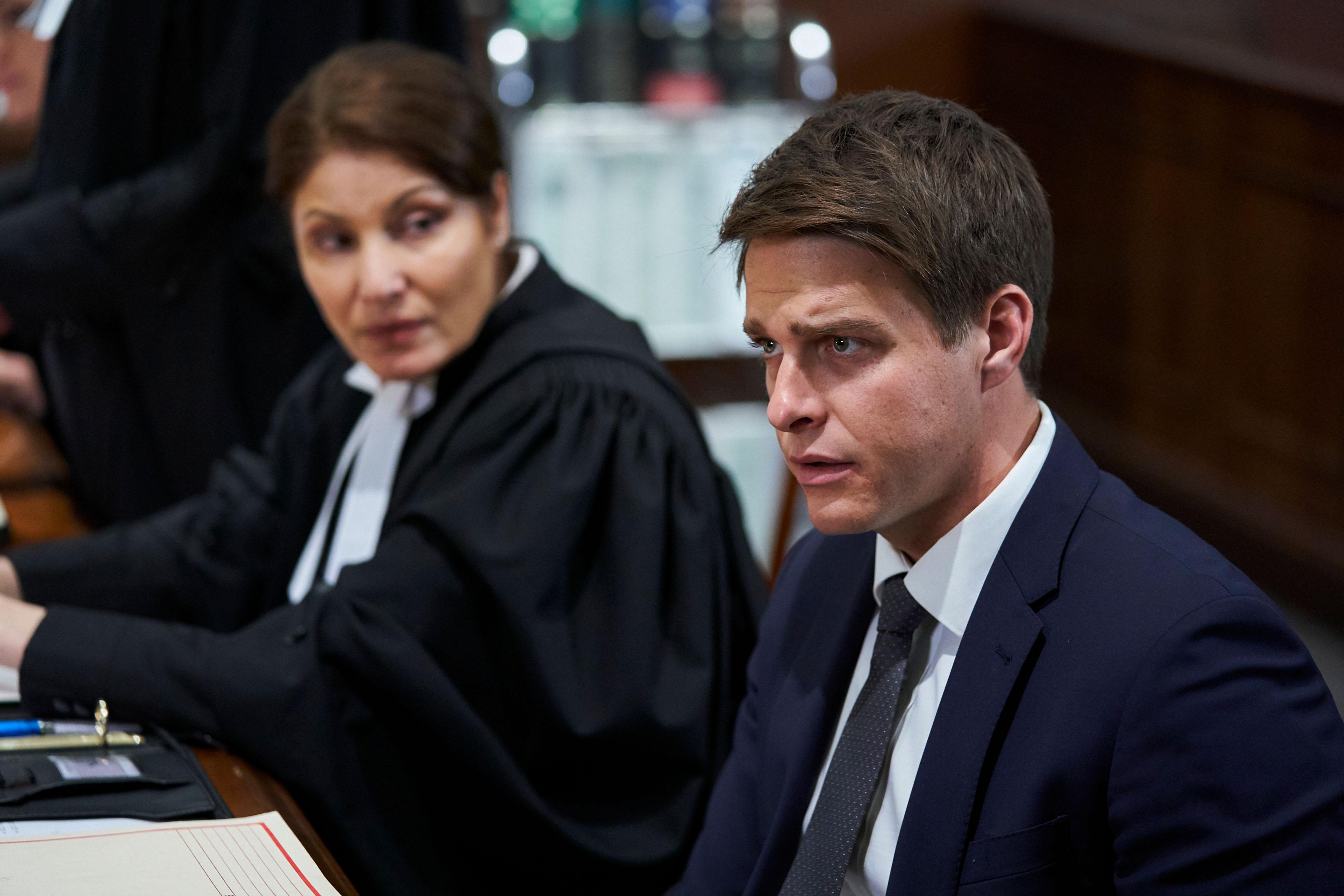 The day of Colby’s (Tim Franklin) trial has arrived, and he has one final surf with Dean (Patrick O’Connor) before making their way to the courthouse. Dean is still hesitant about letting Colby take the fall, and tells Willow (Sarah Roberts) he’s considering turning himself in – but Willow furiously tells him not to.

Outside the courthouse, Colby sees Taylor (Annabelle Stephenson) outside and explains that witnesses can’t enter until it’s time for them to testify. This leads to Dean and Bella (Courtney Miller) looking for the mystery witness, but seeing no one else.

Willow offers to stay outside with Bella for the first part of the trial, so Bella doesn’t have to see the photos of her father’s murder. When Bella goes in, Willow says she’ll be in soon.

The trial begins with a shocking recording, which shows Colby confessing to Ross’ (Justin Rosniak) murder. The reality of Colby’s situation dawns upon him, as he realises who Witness X must be.

Sure enough, Willow is called to the stand – so she can testify against her oldest friend. Dean is furious and makes a scene, while Bella is stunned and terrified – surely her brother doesn’t stand a chance of avoiding prison now?

When the court goes for a break, Dean confronts Angelo (Luke Jacobz) outside – did he blackmail Willow into giving the testimony? However, he denies it, leading Dean and Bella to struggle with processing the betrayal of their friend.

Court resumes, and another shock is in store as Colby defies his lawyer by choosing to take the stand. Sealing his fate, he says Willow’s statement is true and makes a full confession – he murdered Ross Nixon.