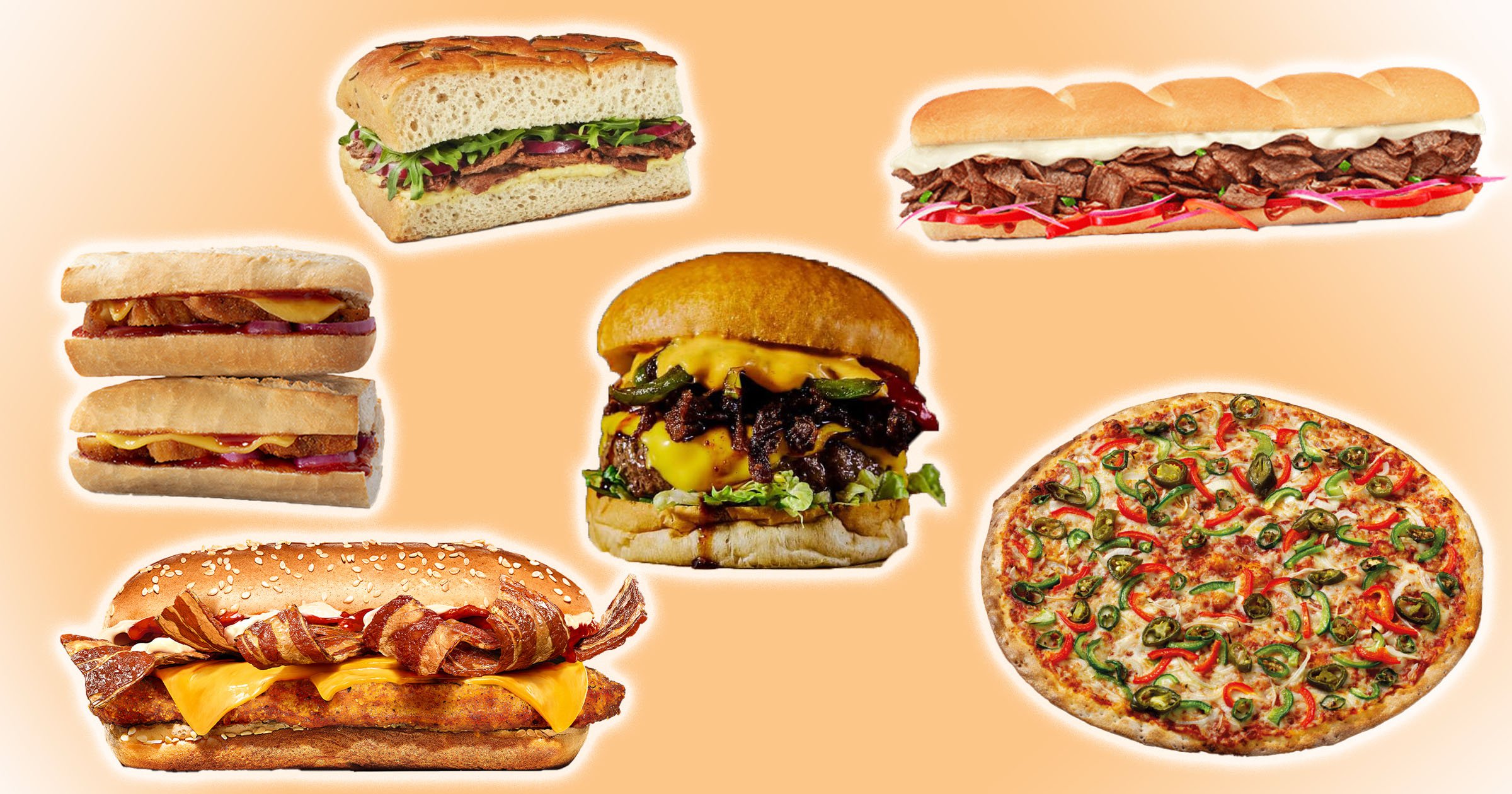 Having a go at Veganuary doesn’t mean you have to live off green smoothies all month.

You can still chill on the sofa with a plant-based hamburger (yes, really), cosily tucked away from the perma-dark outside.

Many fast-food chains around the UK are launching new vegan options this month, making it tastier than ever to make the change – whether just for January or long-term.

Here are some of the offerings that let you have your plant-based cake and eat it, too.

There’s also a plant-based Bakon King – but the company’s website warns it’s ‘cooked on the same broiler as our Whopper’.

Burger King, which aims to eventually have a 50% meat-free menu, last year made its Leicester Square branch in central London temporarily 100% plant-based.

Worth Bakon a trip over to see how its new offerings taste?

If you want to start out your Veganuary full of beans, coffee giant Starbucks is also putting more plant-based fare on the menu.

But the star of the show has got to be the No’Beef and Red Onion Focaccia – as what better way to spend January than pretending it’s still Boxing Day by tucking into a big sandwich?

Available in branches and drive-thrus, the £4.85 soy dish was made in collaboration with The Vegetarian Butcher and also contains pickled onions and plant-based mayonnaise.

The sandwich giant lets you customise your meals, so you can pick your own veggies or even theoretically go rogue and unvegan-ise your steak fake. A foot-long will set you back £10.50.

Served with teriyaki sauce and vegan CheeZe, the new offering means you ‘don’t have to compromise on taste or texture to enjoy a meat-free lunch’, said the chain’s UK marketing head Angelina Gosal.

And Hugo Verkuil, The Vegetarian Butcher’s CEO, added: ‘Plant-based and indulgence can go hand in hand.’

Greggs showed that pastry fans were ready to go vegan back in 2019, causing joy and outrage with the launch of its vegan sausage roll.

And it’s still rolling with the punches what feels like a (saus)age later, with more Veganuary launches.

They include the £3.05 Vegan Cajun Chicken-Free Roll available on January 7, described as ‘tasty Cajun style chicken-free pieces topped with fresh salad leaves and finished with a touch of chipotle chilli sauce and Cajun spiced mayo, all packed into a white and wholemeal roll’.

‘It’s safe to say we’re getting pretty good at the vegan-friendly delicacies,’ reckons the bakery chain.

Long gone are the days of miserably unticking the ‘cheese’ box to make your takeaway pizza plant-based.

And Papa John’s new offering takes things up a notch, especially in the spice department.

Its vegan Ve-Du-Ya and Hot Pepper Pizza is topped with spicy vegan ‘nduja, green peppers, red chillies, jalapeños and vegan cheese, selling at £23.99 for a large.

With three peppers as well as the plant version of the Italian hot pork sausage, it’s sure to keep you feeling warm and toasty this winter, to say the least.

Honest Burger is also jumping aboard the teriyaki train this January.

Its Teriyaki Burger, available until the end of the month, includes a vegan version.

The pulled mushrooms are created by Fable Food, which Honest Burgers describes as ‘mushroom and foraging experts’. Its website adds the ‘tasty protein cooks and pulls like beef’.