A PLUS-SIZE surfer has hit back at body shamers everywhere.

TikTok user CurvySurferGirl, who is based in Honolulu, Hawaii, is using her platform to spread her message of body shape positivity. 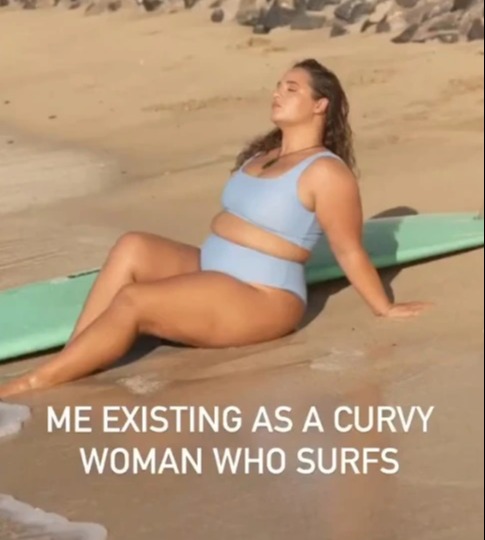 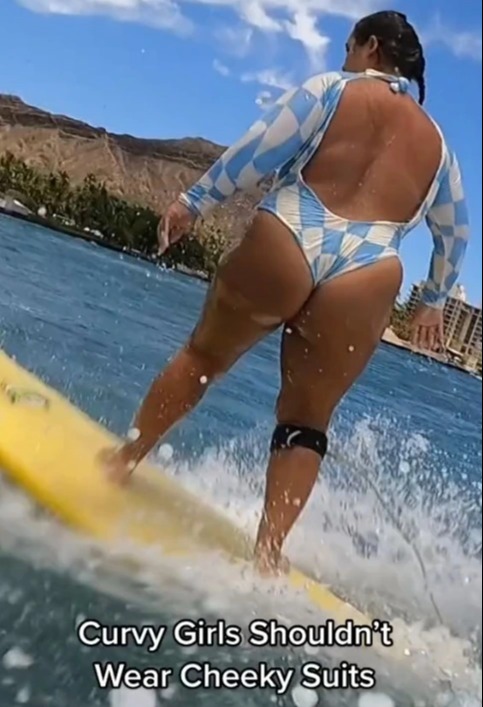 She is proud of her shape and loves her sport and will not let her detractors win.

Instead, she wants to challenge accepted notions of a ‘normal’ body shape.

CurvySurferGirl hopes her social media content will force some viewers to reconsider their attitudes toward plus-size women.

But she might have some way to go judging by some of the cruel and hurtful comments she has had to endure.

But they represent a tiny percentage of her huge audience on TikTok, with over 139k followers.

After posting a photo wearing a blue two-piece swimming costume, with the caption, “Me existing as a curvy woman who surfs”, the trolls piled in.

They queued up with their hurtful and cruel jibes.

“Why she normalizing obesity?” they said, and “One more surf page going down the tubes.”

Rising above all the hate, the surfer girl simply captions the video with: “It’s free to be kind.”

Comments to her post were overwhelmingly in support and appalled at the abuse she receives.

“It always amazes me why people feel they have to comment on someone’s weight. Don’t listen to them. You’re stunning and talented,” said a supportive comment.

Another loves her attitude: “You freaking rock!! If they want to learn to surf they can just say that.”

Don’t change said this comment: “You’re gorgeous and a bad*ss! Don’t let people try to dim your light because they’re stuck in the dark.”

Finally, she has encouraged at least one of her followers to take up the sport: “Well I love your content and find it so inspiring. I wanted to go back to surfing but haven’t because I gained weight. But you make me want to.” 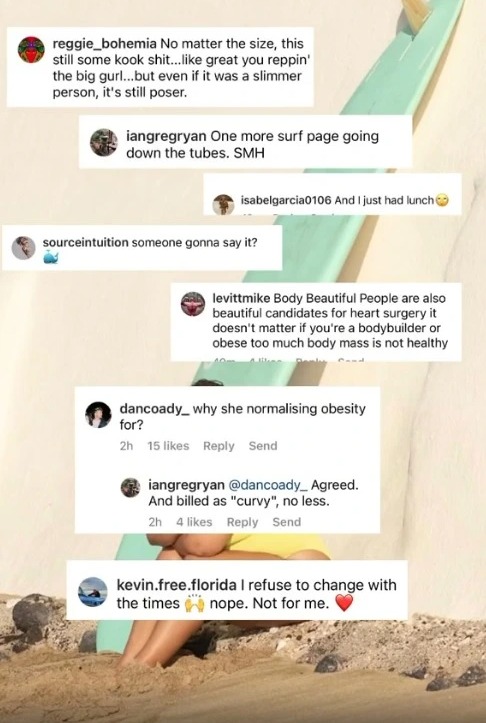