TATTOOS are a pretty big commitment because, well, they last forever.

The same can't be said for some relationships though and this woman certainly learnt that the hard way. 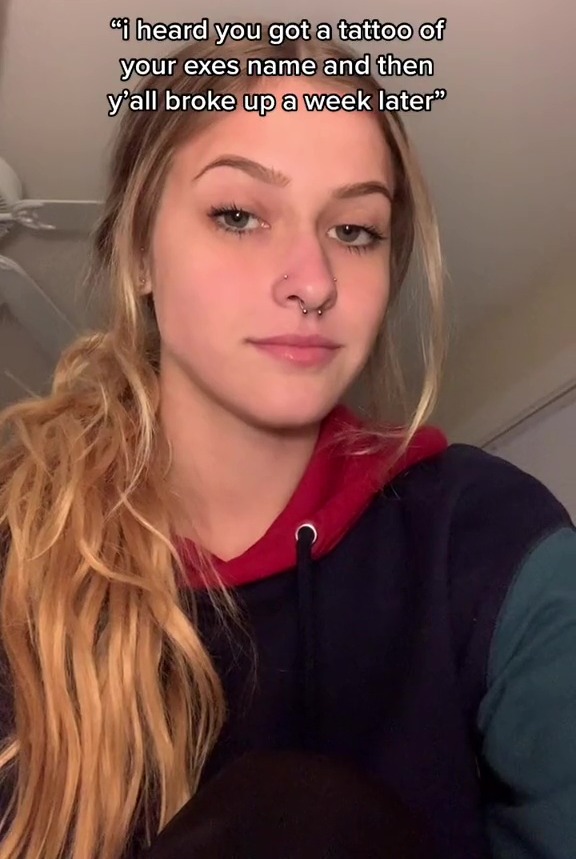 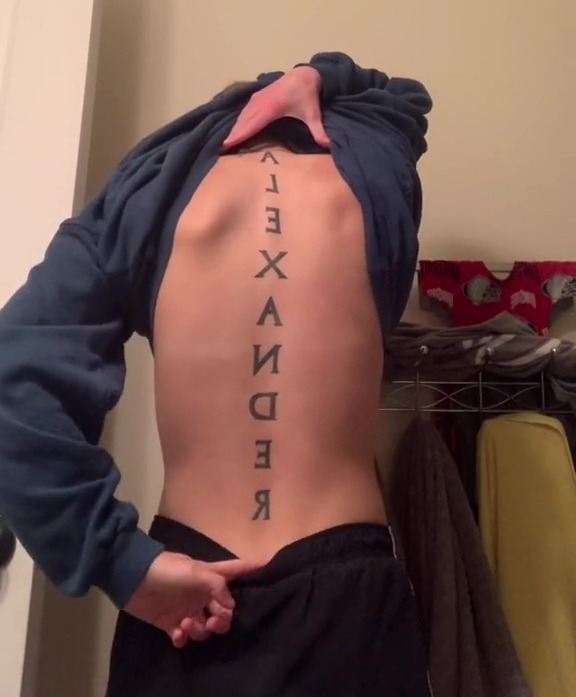 21-year-old Ashlyn Grace took to TikTok to reveal her enormous new back tattoo, but it didn't take long for regret to kick in.

Loved up and blind to the consequences, Ashlyn claims to have inked her boyfriend's name in massive letters running down her spine and it's not exactly easy to conceal.

But one week later tragedy struck when she revealed the pair broke up and she was left with his name permanently inked on her body.

In a video on TikTok she wrote: "I heard you got a tattoo of your exes name and then broke up a week later."

Ashlyn then mimed the lyrics to Lizzo's song Rumours saying "all the rumours are true, yeah."

Desperate to see the inking, people took to the comments and asked her to show it off.

While some found the unfortunate outcome hilarious, others admitted they'd done the same and now have a permanent reminder of their ex.

In the reveal video, Ashlyn said: "Don't be alarmed, it's a little big. I don't think there's a smart way to do this but, yep, I understood the assignment."

She then pulled up her jumper to expose her almost bare back.

Spelling out Alexander, the letters run down her spine starting from her neck, only ending once they reach her tailbone.

Naturally, people were shocked by the size of the tattoo with some admitting it's the "biggest" they've "ever seen."

"Girl that's the biggest name tattoo I did ever see," one person revealed.

While another wrote: "the tattoo artists that did this needs to be put in federal prison."

Others suggested clever ways to conceal the blunder with many joking she should find a new boyfriend with the same name.

One suggested she add the word "the great" below it, referencing Alexander the Great, and claim that she simply loves history.

Another hilariously suggested she turn her whole back into a giant "word search" using the name as a starting point. 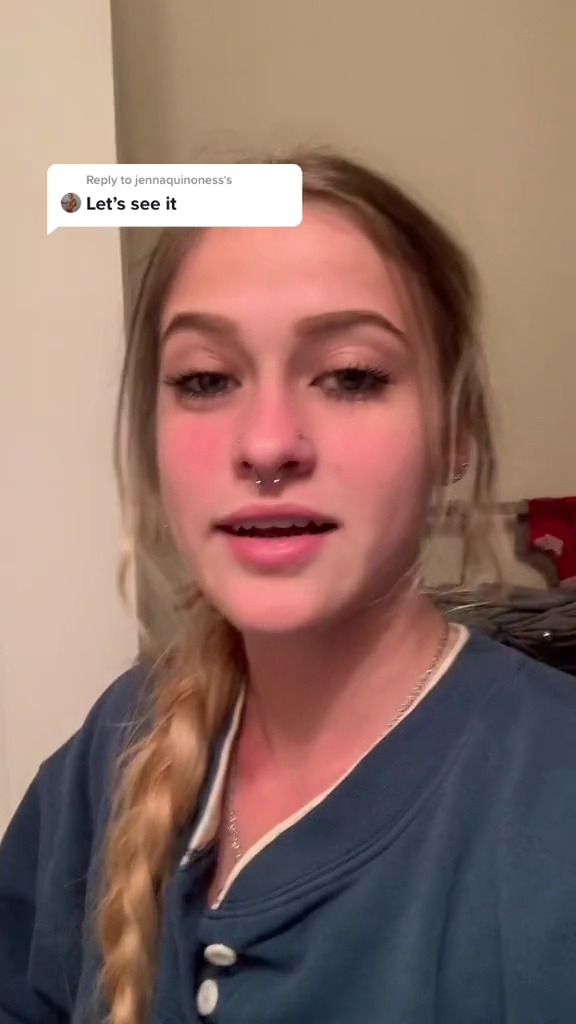 Meanwhile, this woman got her boyfriend’s initials tattooed above her bikini line – but he dumped her by text two weeks later.

We shared how a woman was mortified to be told her guardian angel back tattoo looks like something VERY rude & now she can’t unsee it.

In more awkward tattoo news, this woman got an inspirational quote tattoo in tribute to her dad and was mortified when she twigged the VERY sexual meaning.