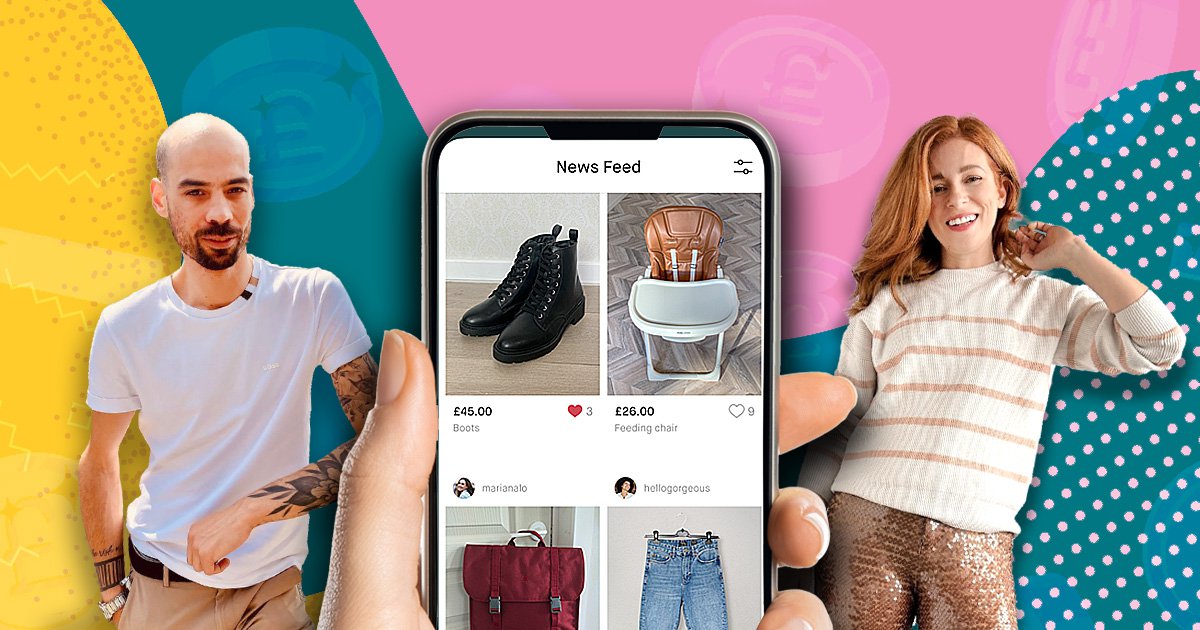 So, you want to make some extra money?

Getting rid of your old clothes can be a great little earner. As they say, one man’s trash is another man’s treasure.

And now, selling your pre-loved ‘fits is easier than ever, thanks to the boom of apps like Vinted and Depop joining the likes of eBay, Facebook Marketplace and Gumtree.

The terms and conditions of each platform vary, but the core concepts are pretty universal: snap a photo of your old clobber, post it online with a description, wait for the bids to roll in, then send it off to a buyer.

Except if you’re new to the secondhand selling game, you might be wondering why that Zara dress you posted six weeks ago is yet to attract a single shopper.

There’s a knack to getting your listing noticed by the right people, says Amy Beecham, a 24-year-old from London who’s managed to secure around 250 sales on Vinted in the past three years.

But once you’ve nailed the basics, it’s worth it.

‘For me, what started as a way to make money from clothes I didn’t wear enough has become a healthy circular fashion habit.’ she tells Metro.co.uk.

‘For over two years now, I’ve bought and sold pretty much every week on Vinted, spending what I’ve earned from purging my own wardrobe on other great quality items that I get much more wear out of.’

To help novices get their side hustle off the ground and reclaim some much-needed wardrobe space, we asked Amy and other pro sellers for their top tips.

Be honest about the quality of your items

One of Amy’s biggest bug-bears is dishonesty about the quality or condition of an item.

‘You can sell things that aren’t mint, are discoloured or have been altered, but you just have to be transparent with the buyer so they know what they’re getting into,’ she says.

‘I recently sold a jumper I’d only worn once but that had a small hole near the neck. I lowered the price appropriately, made sure the description and pictures showed the damage and was upfront about how fixable it was.

‘The buyer was a dab hand at sewing so didn’t mind, and the review she gave me said how impressed she was with the item’s quality.’

There are thousands of items listed online, so you need to make sure you give yours an appropriate title to help potential buyers find it.

Hugo Miguel, 37, from London, estimates that he’ll make as much as £800 this month from selling old clothes on Gumtree. So, what makes a good caption?

‘Try to grab people’s attention with your title and be as descriptive as possible in the short space available,’ he says.

‘When selling my items on Gumtree I include words buyers might use when searching for items, which helps people to find your items first. For example, instead of just saying ‘denim jacket’ you could say ‘blue oversized denim jacket, fit medium’.”

As a stylist by trade, Emma Lightbown, 40, from Kent, knows a thing or two about making clothes look nice. She’s made around £1,000 selling old clothes on eBay and Vinted in the past two years.

‘Making sales relies heavily on the photos,’ she says. ‘Make sure it’s well lit preferably with natural light as that will show the colours of the item better. Most buyers want to see what the item looks like on, so use the timer on your phone to get clear pictures rather than mirror selfies!

‘I found when I first started that it was easier to upload an item a day rather than trying to do them all in one go which would be too overwhelming. I also found that this meant I had a steady stream of people viewing my page as I was always uploading something new.’

Heather Suttie, who’s 45 and based in Glasgow, has been selling between 100 and 200 items per year on secondhand sites since 2016. Vintage sequin items and pre-loved Zara are among her highest sellers, she reveals.

To help her profile stand out, she makes a point of always leaving reviews, whether she’s buying or selling items.

‘Rating as a buyer and seller is important because it allows other people to make an informed decision and can save precious time if you have an issue with a buy or a sale,’ she says.

‘I also believe it’s the right thing to do – show your appreciation when someone has done a good job!’

Think you have nothing to sell? Anita Lo, 28, from Cheshire, has re-sold clothes owned by her relatives. She’s also a dab hand at spotting bargains in charity shops and has even raided her childhood wardrobe.

Her love for all things vintage inspired her side hustle, Clara’s Box, but she still uses eBay on the regular. Her tip for selling well is to source treasures from all corners.

‘If you don’t post it online, nobody will know you have it, and a sale will never happen,’ she says.

‘I was so surprised when I had lots of people asking me about my skull print bag bought in high school and the shoes I’d worn in primary school – you just never know! Although time consuming, you’ve got to make time for listings – spending just 30mins each day rather than piling it all together helps.’