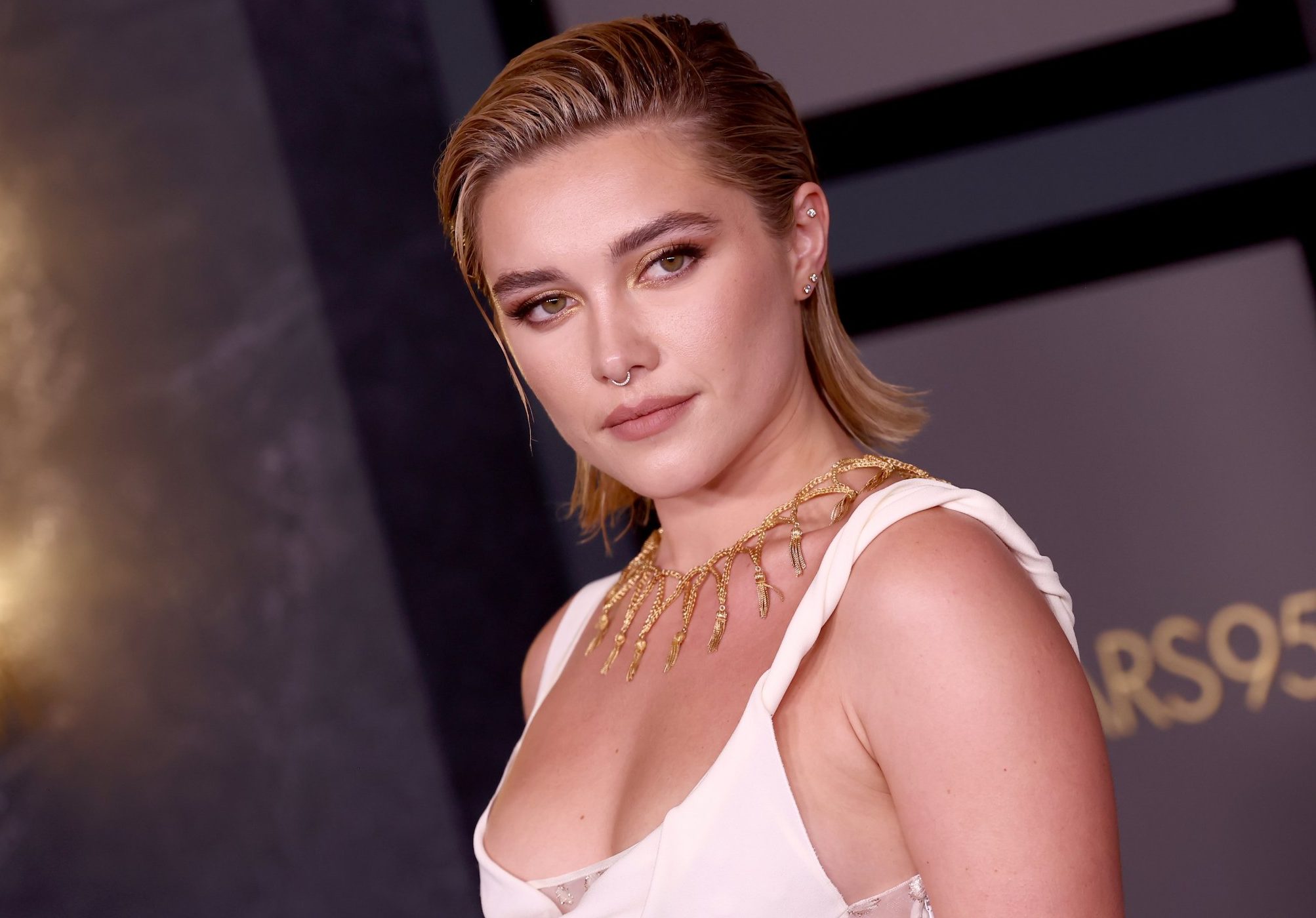 Florence Pugh has revealed the extent of shocking abuse she received from online trolls after wearing a semi-sheer dress to a summer event.

In July, Pugh, 27, wore the Valentino dress to one of the fashion house’s events in Rome and decided to post a photo of herself at the bash on social media.

The backlash was swift, and Pugh has now shared an insight into just how vile some of the comments were.

‘Of course, I don’t want to offend people, but I think my point is: How can my nipples offend you that much?’ she said in response to the remarks.

‘I’ve never been scared of what’s underneath the fabric. If I’m happy in it, then I’m gonna wear it,’ the Oscar-nominated star added.

Speaking in her new interview with Vogue, Pugh detailed some of the disgusting comments sent her way and elaborated: ‘It’s very important that we do this.

‘I know that some people might scoff at me saying that, but if a dress with my breasts peeking through is encouraging people to say, “Well, if you were to get raped, you would deserve it,” it just shows me that there’s so much more work to do.’

At the time, Pugh hit back at trolls, writing on social media: ‘What’s been interesting to watch and witness is just how easy it is for men to totally destroy a woman’s body, publicly, proudly, for everyone to see.

‘It isn’t the first time and certainly won’t be the last time a woman will hear what’s wrong with her body by a crowd of strangers. What’s worrying is just how vulgar some of you men can be.’

Elsewhere in the Little Women star’s interview, she addressed the criticism around her former relationship with Zach Braff.

Pugh was in a relationship with Scrubs actor Braff, 47,  for three years, first getting together in 2019.

Their romance drew criticism due to their 21-year age gap, which Pugh has hit back at before, and they split in 2022.

Pugh suggested people held issue with their romance as they expected her to be with another type of man, noting that the public weren’t fans of her and Braff’s relationships even though they ‘weren’t in anyone’s faces.’

‘It was just that people didn’t like it. They imagined me with someone younger and someone in blockbusters.’

The actress warned that Hollywood relationships ‘are so easily twisted’ because they’ because they appear on ‘gossip sites’ and are ‘exciting to watch,’ but her and Braff ‘didn’t do any of that.’