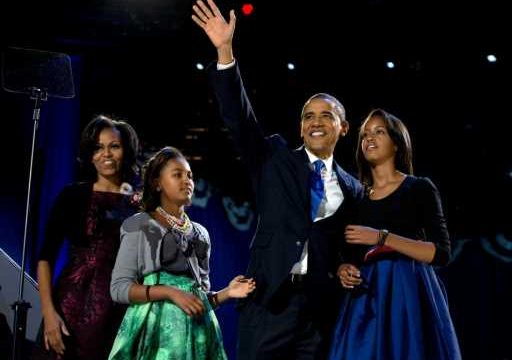 Barack Obama and his family have been in the political atmosphere since 1997 when he joined the Illinois Senate. But they truly hit the public spotlight in 2008 when Obama ran as a Democrat for the Presidential election. Within his two terms as President, Obama, his wife Michelle, and their daughters Malia and Sasha Obama stole everyone’s hearts.

Their love story began when Barack met Michelle back in the summer of 1989 when he was employed as an associate at Sidley Austin law firm. They started dating soon after and got married on Oct. 3, 1992. They welcomed two children through IVF: first welcoming Malia Ann in 1998, then Natasha “Sasha” in 2001.

Since they left the White House, each of them has done amazing things. Sasha is currently a student at USC, while Malia is a Harvard graduate now working as a writer on the Amazon series Hive. Power couple Barack and Michelle have continued their humanitarian work and are currently working on their podcast production company.

Even though life has been hectic, they all seem to have such a strong bond with one another. From their super-sweet official portraits to throwback photos, and silly selfies to gorgeous group snapshots, the Obamas are a tightly-knit family.

See some of our favorite pictures of the Obama family over the years below!

For Father’s Day 2022, Michelle Obama posted a super-sweet candid shot of the whole family during their 2015 Easter Sunday shoot. She posted the photo with the caption: “Happy Father’s Day to dads everywhere! @BarackObama, thanks for being the most loving and caring father to our girls. We love you!”

For Mother’s Day 2022, Michelle posted a beautiful throwback photo of her, Malia, Sasha, and Michelle’s mom Marian Shields Robinson. Three generations in one!

Michelle Obama also posted a series of photos featuring the whole family visiting the natural wonders around the world!

For Barack’s 60th birthday, Michelle posted the sweetest snapshot of the parents and their daughters doing silly faces for the camera.

Barack is the Family-Designated Photographer

For Father’s Day 2022, Barack said he’s most proud of “being Malia and Sasha’s dad…and the family’s designated photographer.”

Sasha & Malia Are All Grown Up

Sasha and Malia Obama looked so gorgeous and grown-up in this family photo with their parents.

This photo of Barack and Malia is one of pure joy. For her 23rd birthday, he posted a super-sweet snapshot of the two of them, highlighting her “poise, grace, and humor.”

For Sasha’s 21st birthday, Barack gushed about his lovely daughter with an adorable throwback photo.

For Easter 2021, Barack posted a touching photo of him, Michelle, Sasha, and Malia smiling near a tree.

Back on March 30, 2021, Barack said the thing he and Bruce Springsteen agree on is that the “most important anchor over the years has been our families.” He put the heartfelt caption with a photo of him and his daughters at the White House.