Prince Harry and Meghan Markle announced they were expecting their first child Archie in October 2018 as their royal tour of Australia kicked off. And on their first official engagement after the happy news was revealed to the world, Meghan opted for several pieces of jewellery that were thought to be a gift from Harry to celebrate their pending parenthood.

In Sydney, Meghan opted for a pair of butterfly earrings thought to feature diamonds and onyx set in yellow gold.

The proud mum-to-be also wore a gold cuff bracelet that may have looked familiar to royal fans.

Both the earrings and the bracelet previously belonged to Harry’s late mother, Princess Diana, who left her jewellery to Harry and Prince William after her death in 1997.

Meghan’s decision to wear the beautiful pieces was seen as her way of including Diana in their jubilant baby news. 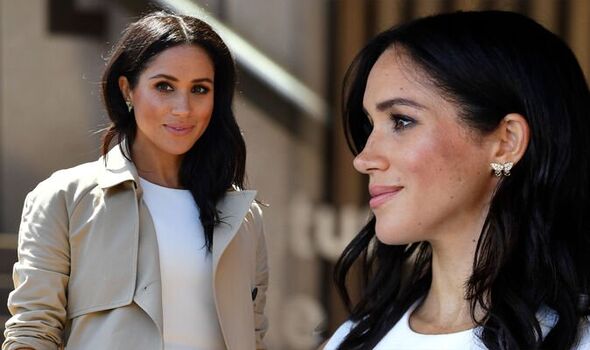 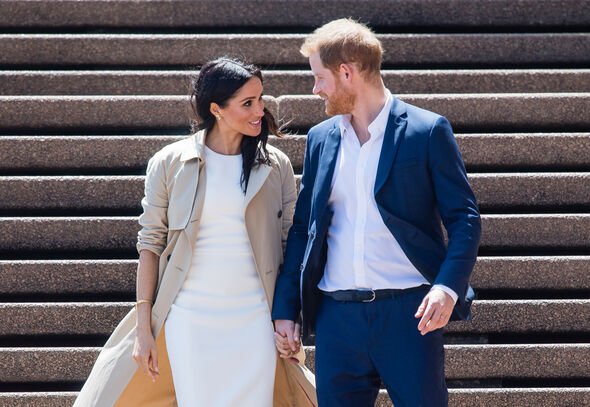 Mr O’Farrell said: “To the best of public knowledge, Meghan has inherited Diana’s dainty gold butterfly studs encrusted with diamonds and blue stones that Princess Di wore on a trip to Canada in 1986. 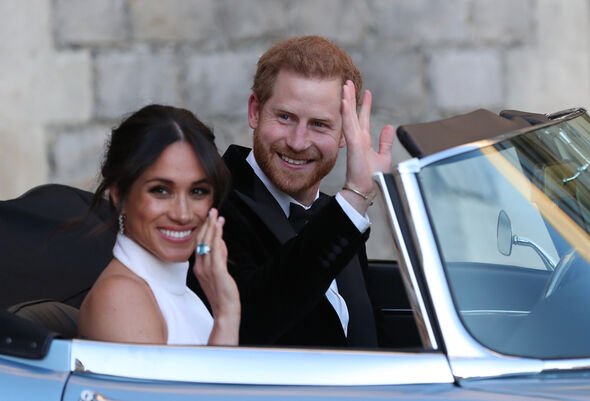 Meghan and Harry also made sure to pay tribute to Diana with the announcement they were expecting their second baby Lilibet in 2021.

The Duke and Duchess announced that Archie would be a big brother on Valentine’s Day, the same day that Princess Diana’s pregnancy with Prince Harry was announced in 1984.

Prince Harry has made clear that he carries Diana’s memory forward in his family life, telling the Today show earlier this year that he feels her “presence in almost everything” that he does. 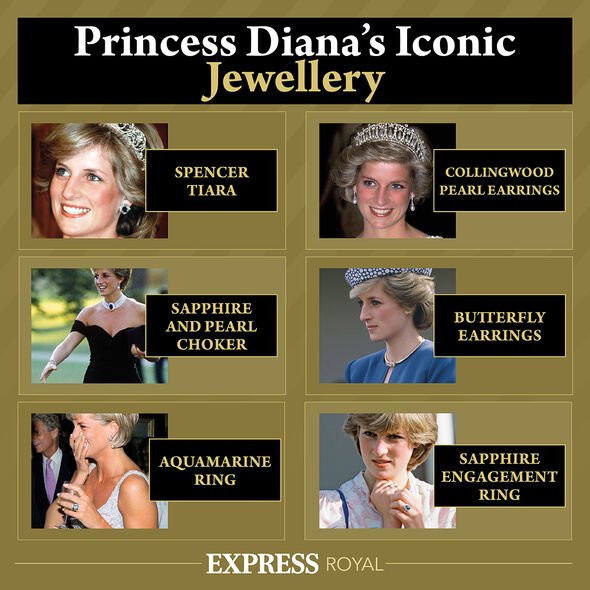 So Meghan also made sure Diana was a part of their wedding celebrations in 2018 by wearing another of her classic gems, an aquamarine ring.

Diana often wore the huge blue sparkler after her divorce from Prince Charles in 1996, and it was known to be a firm favourite.

Meghan wore the ring for her and Harry’s wedding reception, acting as her ‘something blue’ for her second wedding outfit.

The Duchess was pictured wearing the statement ring as she waved to crowds while en route to the celebrations.