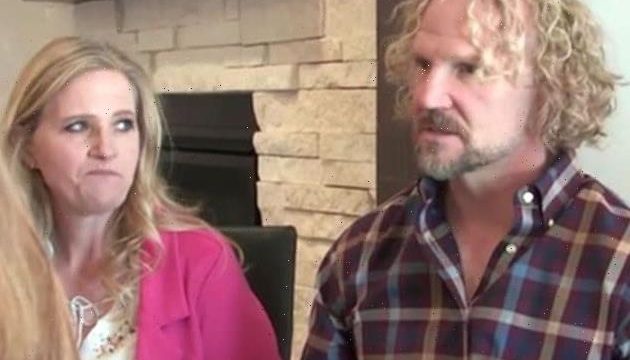 On the Season 16 premiere of Sister Wives, Kody Brown did something out of the ordinary:

He sat his spouses down on the Coyote Pass property he purchased in 2018 and finally talked about plans to build on it.

From there, Kody Brown did something totally and completely ordinary for him:

Kody sectioned off five areas on the lot’s blueprint and told Janelle, Robyn, Meri and Christine for the first time that he wants his own residence.

“The lot that would have the pond would most likely be my lot for full access for family,” Kody explained on the premiere, claiming he needed his own place for family gatherings.

And also just because he wanted his own place.

“You are all going to own your own house, why shouldn’t I own my own house?” he asked the spouses, all of whom were aghast over this proposal.

Said Robyn in a confessional:

“This whole thing Kody is talking about is a surprise to me. I think Kody having his own house is silly, but I do think having a fifth home having all of us to gather at is amazing.”

Christine, who announced her split from Kody on November 2, added:

“I think it’s stupid Kody talking about having his own house. I guess he’s going to use it for family gatherings.

Christine wasn’t done trashing both the plan and the man behind it, either.

“Kody wants a dog house. I mean house, Freudian slip. Kody wants a house. His own house,” she continued.

“Everything he says right now I’m frankly not going to listen to. I don’t care. I’m not excited to move onto this property…

“I thought we were going to build the cul-de-sac again like we had in Vegas and have the four houses close to each other. It sounds really separate. I think it’s sad to be honest.”

For the most part, meanwhile, viewer sentiment is on the side of Christine and the sister wives.

“What kind of house is Kody wanting?” asked one Reddit user.

“The lots are laughable at best.”

A second chimed in as follows:

“Why does Kody want his own damn house? All his wives kids are grown. If he doesn’t want to live with anyone why marry four women?”

And then there was this from a third critic:

“Why hasn’t Kody designed this site so he’s in the center, and the wives all extend outward from him. He’s the sun king!”

Elsewhere on the premiere, the seeds of Christine walking away from Kody were planted. Big time.

“I really needed his support. I really did,” she said on air.

“Marriage is hard, but I never wanted the kind of marriage I have now. I never wanted to be so estranged and have extremely limited physical contact. Not even hand holding. It’s sad.

“My marriage to Kody is sad.”