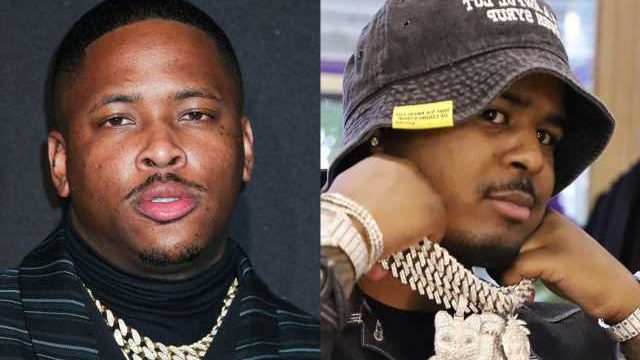 In an Instagram Live, K7 angrily speaks to a friend about what transpired that night the ‘Mr. Get Dough’ spitter was stabbed and points the finger at the late rapper’s nemesis YG.

AceShowbiz -While police have yet to arrest any suspects in the death of Drakeo The Ruler, new report further implicates YG in the murder. In an Instagram Live, Drakeo The Ruler’s associate K7 suggested that the Compton-born star was possibly involved in a violent altercation that led to the stabbing of the late rapper.

K7 additionally said that “it was cool” before YG and his crew arrived, but things started to get tense since the “Toot It and Boot It” rhymer’s arrival. “When we first came in, we was there … certain n***as was there, early, early, so it was cool,” he said. “There wasn’t no tension, but YG and them wasn’t there because they performed later. As soon as he came, it went bad. Like n***as knew what they was doing. On my mama, the whole thing was a setup. Bro, n***as is h*es.”

The audio of the conversation first surfaced several days ago, but the man who was speaking wasn’t identified at the time, so it was unclear what his relationship was with Drakeo.

Meanwhile, Drakeo’s mother Darrylene Corniel believes that the promoters were partly responsible for her son’s tragic death. She plans to sue them, telling Rolling Stone, “This happened backstage at an event. Someone has to be held accountable.”