1-year-old Aeko Brown uttered the name of his toy animals one after the other in a new video shared to social media by his dad, Chris Brown.

Chris Brown‘s baby boy is a little brainiac! Aeko Brown, who turns 2 on November 20, showed that he’s got some big brains at a young age when he managed to name his toy animals in a new Instagram video shared by Chris, 32, on Wednesday (Nov. 3). In the footage, Aeko’s mom Ammika Harris held up his toys one by one as the toddler sat on the ground while saying the name of nearly every single animal. Watch the cute video below!

Some of the toy animals that Aeko had to name included a shark, rhino, T-rex, and hippo. The 1-year-old got tripped up on a few of the toys, such as a giraffe. But that one’s fairly hard to say, so he gets a pass! Luckily, Aeko redeemed himself at the very end of the video when he correctly named the lion toy, which was at the end of the lineup.

Throughout the little quiz game, Aeko sported an adorable brown onesie. He had a giant smile on his face during the whole thing, and Ammika — who was completely off camera, aside from her hand that held up the toys — seemed to be having a blast with her baby boy. Chris, who lives back home in the U.S. while the stunning model and their son reside in Germany, proudly wrote a heart emoji and smiley-face emoji in the caption of his post. 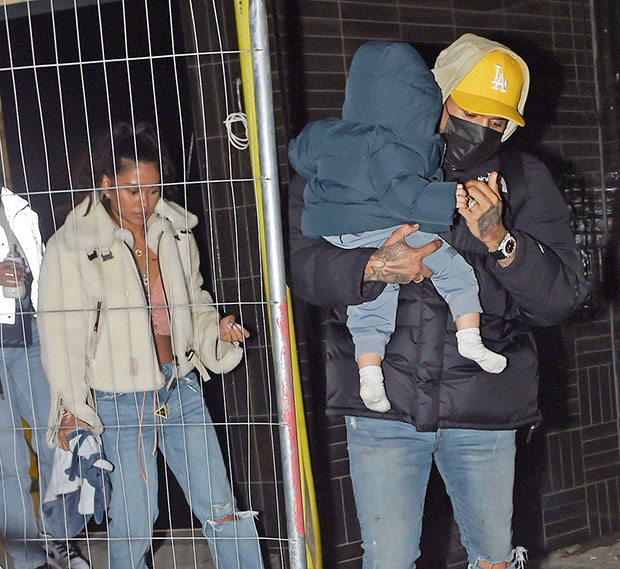 Videos like that must make it hard for Chris to be so far away from his son. Recently, a source close to the “Forever” crooner said that despite the distance, Chris goes “above and beyond to connect” with his little boy. “He loves seeing photos and videos of his son, FaceTiming, etc,” our insider said about the singer. “Chris is always sending little gifts and he can’t believe Aeko’s going to be two-years-old already. He can’t wait to continue seeing his little boy grow up.”

Aeko was born on Nov. 20, 2019. For his first birthday last year, Chris and Ammika vacationed with their son in Tulum, Mexico and London. The trip came after Ammika and the toddler spent most of 2020 in lockdown in Germany during the COVID-19 pandemic quarantine.