Products featured are independently selected by our editorial team and we may earn a commission from purchases made from our links; the retailer may also receive certain auditable data for accounting purposes.

Joe Biden’s inauguration has spurred renewed interest in the incoming President’s books, with many of them seeing new gains on the bestsellers charts online. An investigative look into a Joe Biden presidency leads the pack, surging on many of Amazon’s most popular tracking lists. Two of Biden’s most popular co-writes have also re-appeared on the charts, seeing an unsurprising sales gain even years after they were first released.

Follow the links below to purchase the best books about Joe Biden online. You can also read them all for free, with a 30-day free trial to Kindle Unlimited, or listen to them for free with this free trial offer to Audible.

1. Joe Biden: The Life, the Run, and What Matters Now

Just released in October, this book, written by National Book Award winner Evan Osnos is currently #3 and rising (at time of this article’s writing) on Amazon’s top elections books list. The book explores the journey that President Biden has taken to get to the White House for a second time, while outlining the prospects of what the Biden presidency will mean for the country.

Osnos conducted interviews with then-President-Elect Biden himself, and also draws on conversations with more than a hundred others, including President Barack Obama, Cory Booker, Amy Klobuchar, Pete Buttigieg, and advisors and family members who know Biden best. 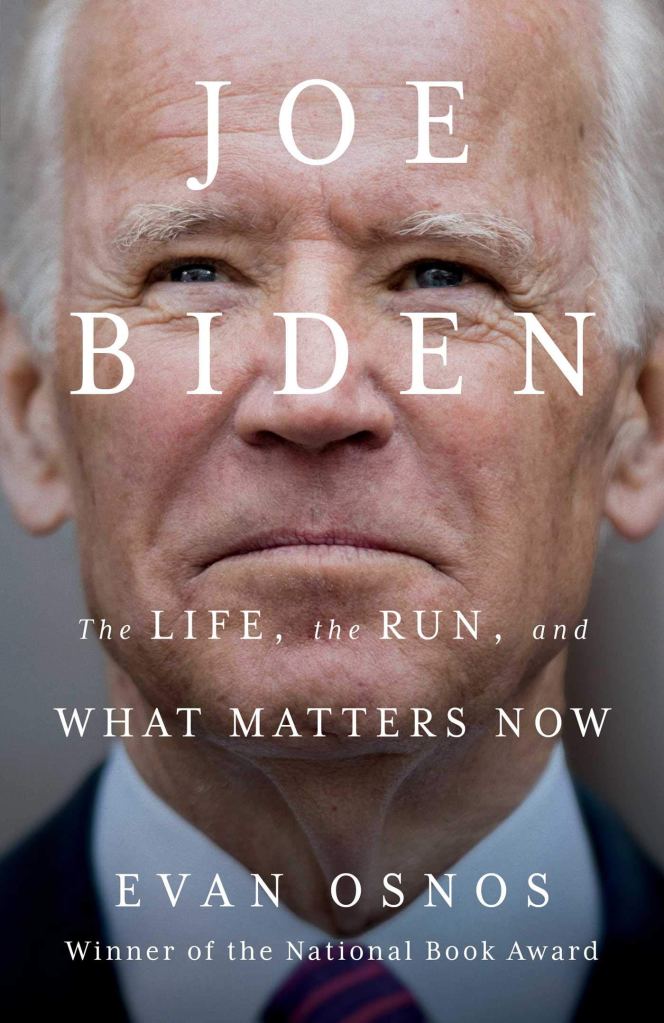 2. Promise Me, Dad: A Year of Hope, Hardship, and Purpose

Amazon has President Biden’s 2018 memoir, Promise Me, Dad, back in stock and available right now for just $15. The book chronicles the year after the then-Vice-President’s son Beau was diagnosed with cancer, and the lessons the Biden family took away from Beau’s final days. “Promise me, Dad,” Beau had told his father. “Give me your word that no matter what happens, you’re going to be all right.” 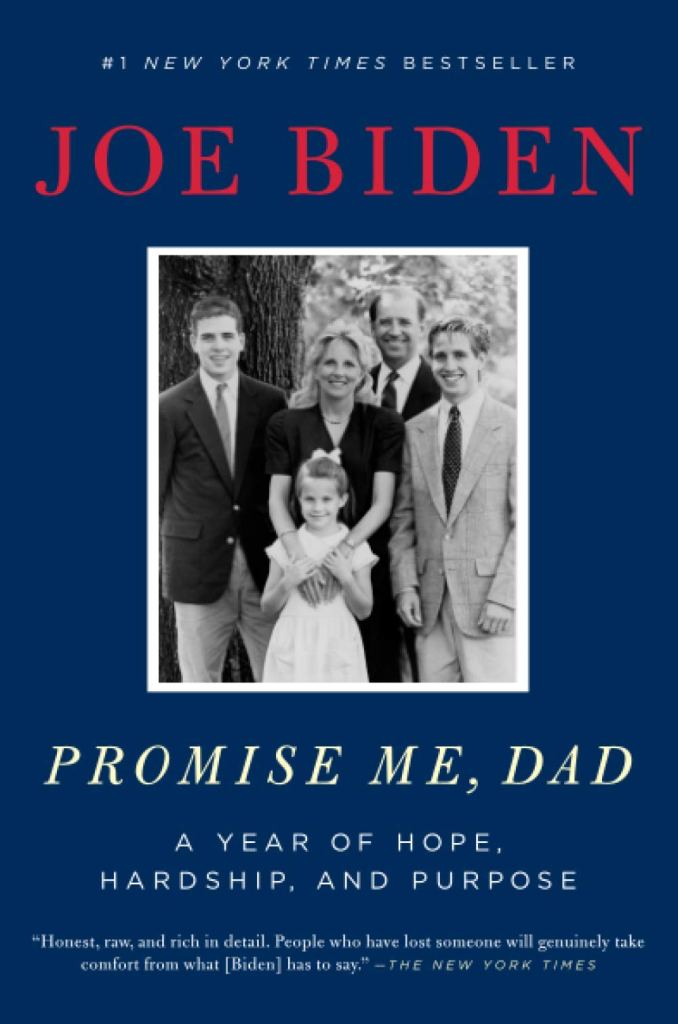 3. Promises to Keep: On Life and Politics

First published in 2008, Promises to Keep was Biden’s first book, and tells the story of his career as a Delaware senator, prior to his emergence as Barack Obama’s Vice-President. It’s now available on paperback and provides an early glimpse of Biden’s political leanings and aspirations, as he worked his way to the White House. 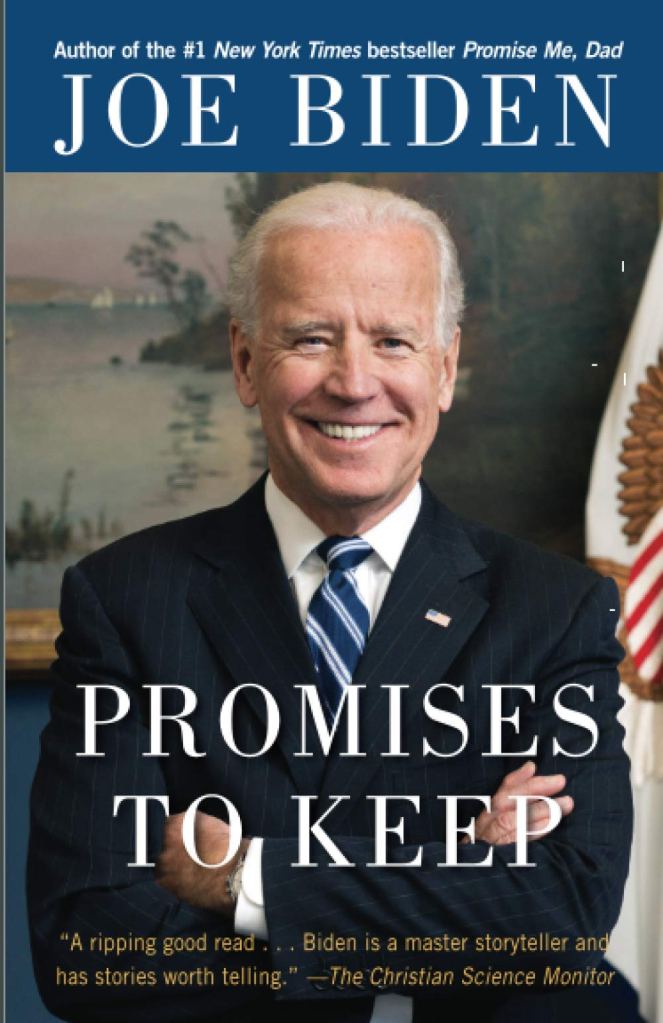 4. Joey: The Story of Joe Biden

Jill Biden’s illustrated children’s book about her husband is surging on Amazon’s bestsellers list of books for pre-schoolers and elementary students. Released last June, the 48-page picture book tells the story of little “Joey” Biden, who overcomes a stutter and shyness to become (at the time of publishing) the Vice-President of the United States. 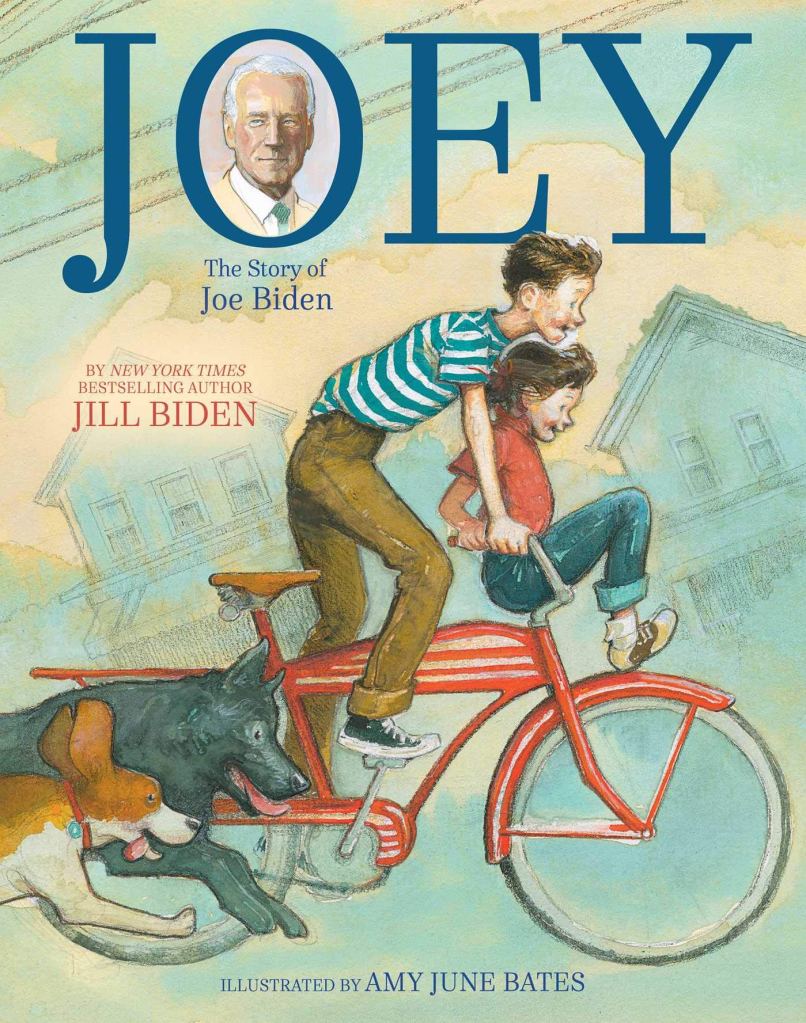 Both books also show up on the popular New York Times Bestsellers list, along with Stacey Abrams’ Lead From the Outside, and 2018’s My Own Words, the acclaimed book from late Supreme Court Justice Ruth Bader Ginsburg.

And while Donald Trump is finally out of office, interest in the outgoing President remains high. Half of all the best-selling election books on Amazon are still Trump-themed, proving that while 45 has been 86ed, people could still be talking about him for weeks to come.