Barack Obama had nothing but beautiful things to say about Willie Mays on the MLB legend’s birthday … even saying the ex-SF Giant helped pave the way for his presidency.

“If it wasn’t for folks like Willie and Jackie Robinson, I might never have made it to the White House.”

Obama continued, “The spirit he played with and the way he carried himself changed the game and people’s attitudes. I’m glad he’s still going strong.”

Obama and Mays have had a friendship that dates back years … Mays famously rode on Air Force 1 with Obama in 2009 when the two were on the way to the ’09 MLB All-Star Game in St. Louis.

Obama later went on to joke about that trip … saying, “Very rarely when I’m on Air Force 1 am I the second-most important guy on there. Everybody was just passing me by, ‘Can I get you something, Mr. Mays?”

In 2015, Obama awarded the Presidential Medal of Freedom to Mays as well. 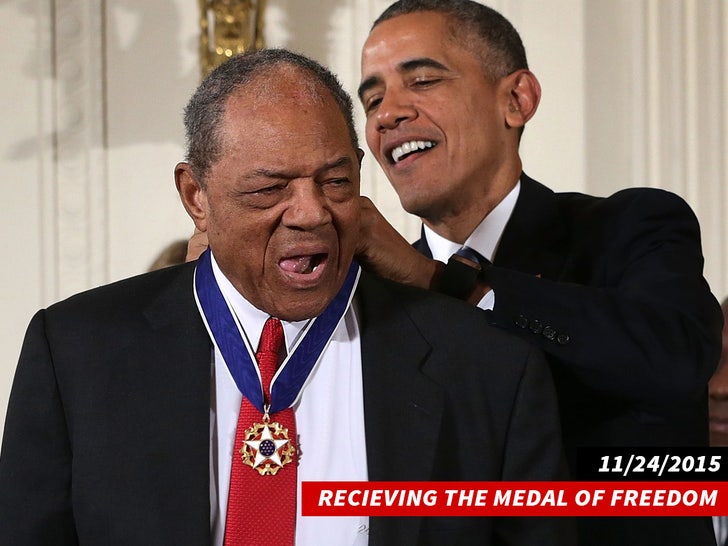 Mays is to this day still one of the best baseball players that’s ever lived … he was a 2-time MVP, 24-time All-Star and a 12-time Gold Glove winner.