His mother had been looking for him and his twin brother for months — and had no idea their father had left them with another woman before disappearing.

A four-year-old Texas boy has been stabbed to death after being taken from his bed.

The body of Cash Gernon was found by a jogger early on Saturday morning, four hours before he was reported missing.

18-year-old Darriynn Ronnell Brown (pictured above right) has been arrested in connection with the crime, but so far only been charged with kidnapping and burglary. Further charges are expected pending forensic analysis, according to police. 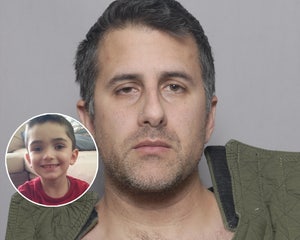 Investigators say security footage from the Florina Parkway, Dallas home shows Brown lifting and carrying the sleeping boy from his crib at 5 AM on Saturday. The child’s twin brother was left behind.

Two hours later, a jogger out for an early morning run came across what she believed to be the body of a dog — until she noticed the arms and legs. Lying in a pool of blood eight blocks from where he was taken, police said the boy — who was barefoot and had no shirt on — had been stabbed multiple times with an edged weapon.

At 11 AM, Monica Sherrod called police to report the boy missing. But investigators quickly learned she was not the child’s mother. She had been dating the boy’s father up until March — but they split up and he suddenly disappeared, leaving her with his kids, where they had stayed ever since.

As yet, nobody knows where the father is … and that includes the twins’ biological mother. According to authorities, Melinda Seagroves and her mother had been looking for her sons since the father disappeared. They thought the boys were still with their father, and had no idea he had left them with his ex-girlfriend months ago.

The surviving twin has been reunited with his family.

Police have not identified a motive for the attack, nor if there is any connection between the suspect and either family. But Sherrod’s son, 18-year-old Kamron Mori, said he knew Brown from Duncanville High School and middle school — and that they had once been friends.

“Friends ain’t nothing,” he told Dallas News. “Evil. No reason. Literally, no reason.” 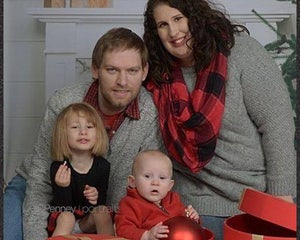 He told WFAA the house cameras recorded Brown taking Cash, who he considered his little brother.

“Random. Yes. Random out of nowhere, for no reason,” he added. “There’s not a reason for none of this. It’s not from revenge. Not from hate. Not from none of that. Nothing. To get back at us? Nothing.”

“Why couldn’t he do it to me? I rather me than him. You know what I’m saying? Like, I’m older, so you could have taken me out,” Mori added. “He was the sweetest boy ever.”

A woman living at Brown’s address who identified herself as his mother Mimi meanwhile insisted her son was home all weekend and could not have kidnapped the boy.

“That’s not right at all,” she said. “I know my son is traumatized. I know he’s scared, because I’m scared.”

She told Dallas News her son is a patient of Metrocare Services, which provides mental health care to children and adults; she said he has several young cousins that he helps take care of, and that he wouldn’t have hurt Cash.

“Darriynn is very kind,” she said. “I feel that he’s being framed.” 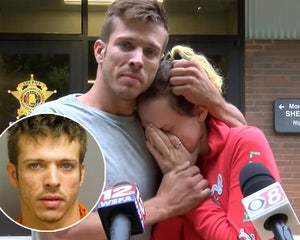