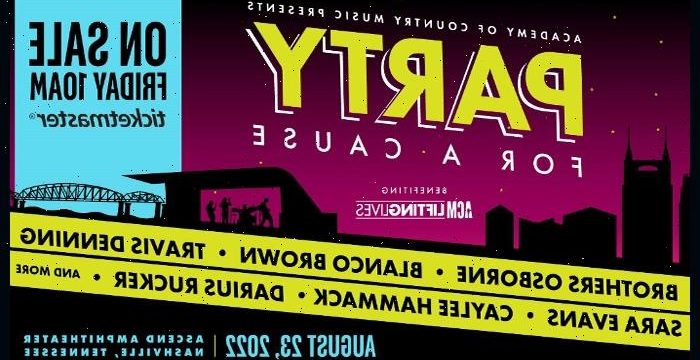 The Academy of Country Music on Tuesday announced an all-star lineup for its annual ACM Party for a Cause.

Benefiting ACM Lifting Lives, the event is set to return to Nashville, Tennessee, for the second consecutive year.

ACM Party for a Cause will feature live performances by reigning ACM Duo of the Year Brothers Osborne, along with Blanco Brown, Travis Denning, and ACM Award winners Sara Evans, Caylee Hammack, and Darius Rucker.

Additional artists will be announced in the coming weeks.

ACM Party for a Cause will take place on August 23 at Ascend Amphitheater in Nashville. It will precede the 15th Annual Academy of Country Music Honors ceremony, to be held on August 24 at Nashville’s historic Ryman Auditorium.

Tickets will go on sale to the general public at 10 AM CST on June 24 at Ticketmaster.

I own a $25 million mansion with a wine cellar, giant bookcase & pool, trolls all say the same thing but I don’t care | The Sun