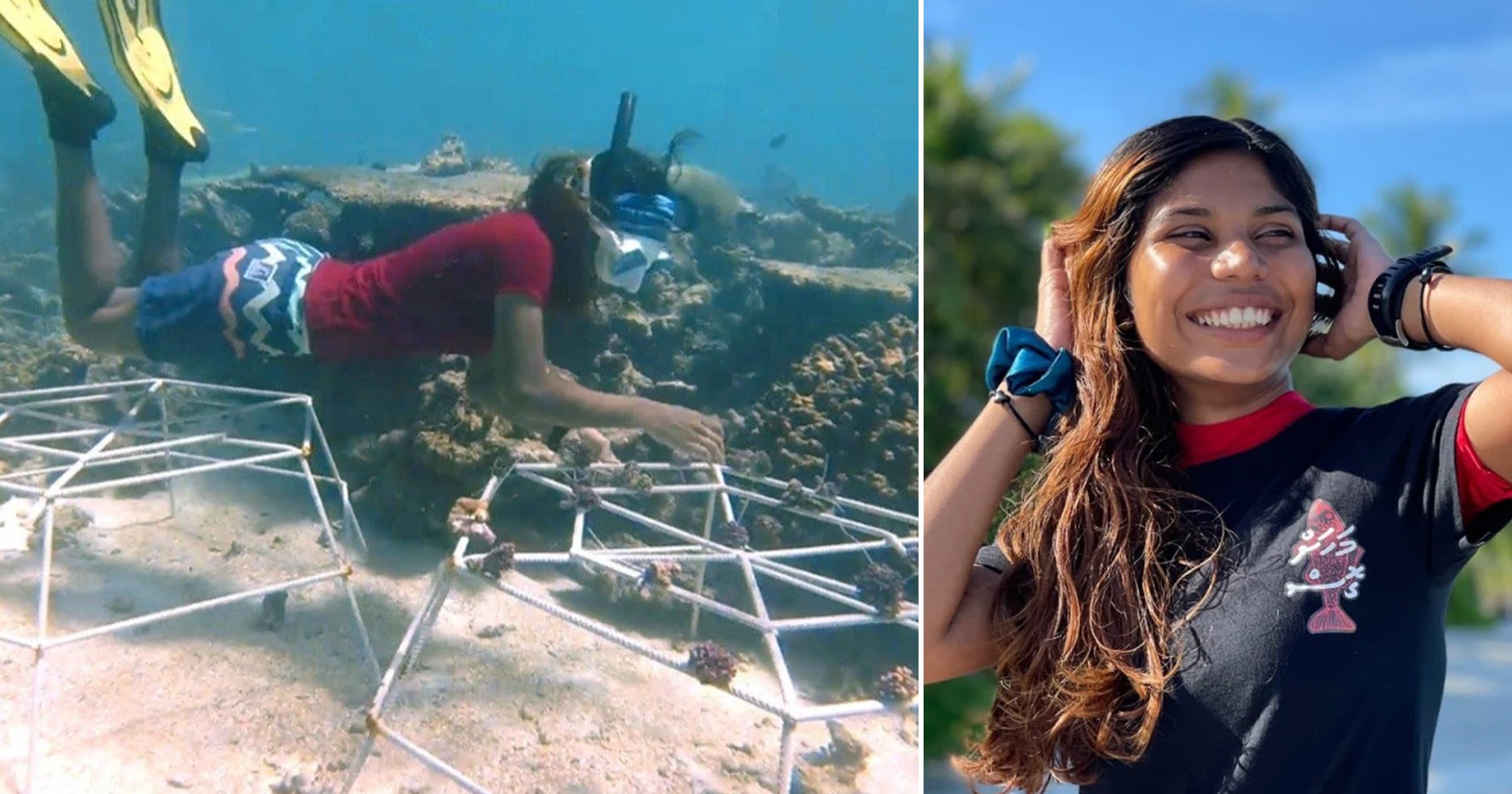 Marine biologists have been a fixture at Maldivian resorts for years.

Typically they’re Europeans or Americans lured by bulging pay packets despite having little – if any – experience of the region.

Mariyam Thuhufa, a 25-year-old Maldivian marine biologist on Noonu Atoll’s recently opened Siyam World resort, is an exception – albeit an increasingly common one at a time when there’s a growing realisation that the best spokespeople for ocean conservation in the Maldives, which has the highest level of marine plastic pollution in the world, are those born there.

Mariyam, who grew up on a nearby island but moved to Malé, the capital, to study, always loved the ocean.

‘As a child, I was always going into the ocean with my brothers, who were surfers,’ says Mariyam, who signed up for volunteer programmes and internships after studying environmental management at university. It wasn’t easy, though.

‘It’s a poor country and parents expect children to do something else, so it can be tough, and you have to do a lot of internships.’ There are several NGOs that offer these.

‘I chose internships relating to fisheries, whale sharks and turtles,’ she says. ‘Fisheries are interesting – they’re tied to everything, especially the economy.

Before I came to Siyam World I was at the Maldives Marine Research Institute researching grouper fisheries. There’s a lot of exploitation but the government wants to make the industry more sustainable.’

Since her arrival at Siyam World, Mariyam’s spent a lot of time exploring the surrounding coral reef.

‘I’m trying to understand its health,’ she says. ‘In 2014 to 2016 we had El Niño, when global sea temperatures rose quickly and caused a mass bleaching. The reefs here were badly affected.’

As a local, Mariyam has a greater understanding of the speed at which damage occurred.

‘Recently I was talking to an older dive instructor who dived here a decade or so ago, and he said that it looked so different.’ But there’s room for hope.

‘Today, the reef is in a recovery process,’ says Thuhufa. ‘I’m creating a coral propagation and restoration programme, and I’ll attach broken pieces to frames and use them to help the reef regrow. We’ll place some of them in the lagoon area to create nurseries for smaller fish.’

Mariyam, who leads snorkelling tours for guests keen to learn about her work, points out that a healthy ecosystem isn’t just about coral.

‘The branching corals act as a nursery for the smaller fish but we’ve also got so much marine life, ranging from smaller species to larger ones such as sharks, so we’ve got predator life too,’ she says. ‘And you need all of these things.’

Luckily, more are exploring beneath the waves, thanks in part to locals like Mariyam and Zoona Naseem, the first Maldivian female PADI course director and founder of the Malé-based Moodhu Bulhaa Dive Centre.

At the centre, there’s an emphasis on teaching locals not only how to dive, but also how to become instructors.

Siyam World’s instructors are all Maldivian and, for Mariyam, getting locals into the ocean is key to marine conservation.

‘I’ve done some work with kids from local islands to show them how to get into this type of work,’ she says. ‘They’re so curious, and if they want to do their own research they just need to get into the water.’

In association with Ocean Saver.