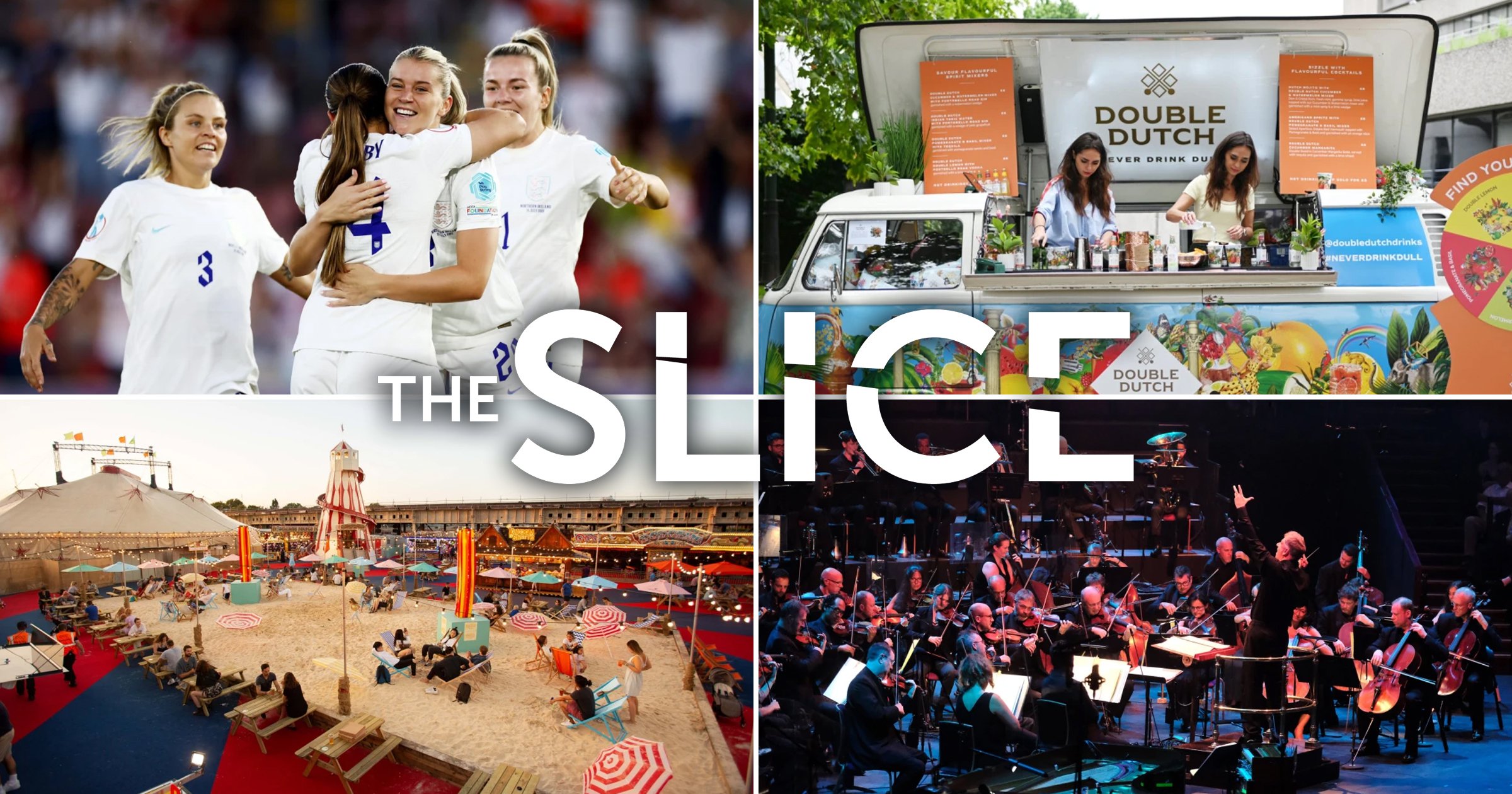 It’s all there for the taking over the next weeks and months for the up-for-it crowd that we know you are, whether it’s taking in the Liberty Festival in Lewisham, losing your mind at Kaleidoscope, fan-girl/boying the England Women’s Team in Trafalgar Square or reliving the excitement of the 2012 Olympics and Paralympics back at the Olympic Park.

Oh and there’s an extra special excitement for youngsters with KidZania’s summer of fun which is available to book until the end of August.

There is truly something for everyone.

Are you ready for a three-day festival that will blow your mind? Well, good, because that’s what we have on offer. It’s called Liberty Festival, it’s free – yay! – and it’s a multi-location celebration of artists who are deaf, disabled and neurodiverse, presented by the Mayor of London, no less.

And you’re in for a treat – multiple multi-discipline treats – as you’re about to be hit by drag, comedy from Touretteshero, talks by poet Raymond Antrobus and performance art on film from Selina Thompson – as well as music, dance, theatre, visual art, the works.

Accessible, drop-in-able and in an area rich with drinks (and food) opportunities, it even has a chill-out area in the garden of The Albany.

Who let the kids out?

It’s an idea so amazing, no wonder it’s been a smash-hit success and now it’s back for a summer crammed full of fun.

Yep, KidZania, the indoor city run by kids, is launching its Summer of Fun Festival, which means parades, a new summer trail, face-painting, a whole bunch of Jack and the Beanstalk-inspired activities and just hanging out in the ‘streetmosphere’.

The idea is that kids from four to 14 choose their role – maybe a pilot in the British Airways Aviation Academy, or looking after animals with the ‘Zupervisors’ and the PDSA – and craft activities around those interests and have a whole lot of fun doing it. Heck, they might even learn something! Could it be any better than this?

Are you eating up the Women’s Euros and wishing you could get even more stuck in?

We know we are, which is why we’re heading – on a fairly regular basis – to Trafalgar Square, where they are running a free, daily fan party which includes a pop-up football pitch, a bunch of football-themed activities, panel discussions, interviews, music… oh and live screenings of the final (which you know England will rule!) as well as a screening of Bend It Like Beckham, the film that put women’s football (and Keira Knightley) on the map and which is celebrating its 20th anniversary this year.

And there’s also a licensed bar – because you’ll have worked up a thirst.

Can you Handel this?

We all know The Last Night of the Proms where everyone gets dressed up in Union Jacks and shouts along to the music – but you can still get patriotic while listening to the classics at Prom 10: Music for Royal Occasions.

Because they love a bit of Handel and Elgar when they’re getting married or having a christening, do them royals.

You can expect the BBC Concert Orchestra and BBC Singers to sail through Britten, Walton, Parry, Vaughan Williams – names that actually mean something to people who listen to Classic FM or Radio 3.

You can also look forward to the actual music from the Queen’s Coronation as well a new piece by Cheryl Frances-Hoad.

Can it really be ten years since we donned big foam rubber fingers in our attempt to bring joy and direction to the millions of people (well, it seemed like millions) enjoying the Olympic and Paralympic Games in London?

Apparently so, or they wouldn’t be marking the anniversary with a series of sparkling events.

It’s all at Queen Elizabeth Olympic Park, the scene of our triumph (not just us, the athletes as well), where a Great Get Together this Saturday will see family fun, food and drinks, a London School of Samba parade, hip-hop theatre from Breakin’ Convention, circus, street theatre, acoustic jamming, roller skating, drumming…

And then a month of smaller scale events to look forward to as well.

Bring an Ally Pally or two

You’ll no doubt be reading the Metro interview with Orbital on Friday and thinking that you could use a bit of rave action… well, this is where it’s going to be, up in north London – Alexandra Palace to be precise – at Kaleidoscope Festival.

The line-up includes not only the Orbital boys but Happy Mondays, Charlotte Church’s Late Night Pop Dungeon (which is highly enjoyable!) and the Magic Numbers, to name but a few.

Dancing comes courtesy of Craig Charles Funk & Soul Show while words and comedy rope in Dom Joly and Ed Byrne. With tons for family and all your street food and booze opps, it’s a very handy festival you can get to on a bus.

We remember when Double Dutch was a skipping thing – two jumpers, one rope – and a Malcolm McLaren song, but we’re certainly not disappointed to hear that it now has tequila connections.

Basically, party-loving premium mixer brand Double Dutch are celebrating National Tequila Day with a pop up VW campervan bar in London’s glittering Covent Garden Piazza. It’s to celebrate their new Pink Grapefruit Soda, which goes down a treat with tequila… but you can be the judge of that.

Other spirits are also available. And if you post your favourite cocktail with #DoubleDutchParty on Instagram and tag @doubledutchdrinks, you get a free case of 24! (Delivery not included.)

Has someone been reading – and taking notice of – our letters to the Mayor of London?

Because this is exactly what we’ve been dreaming of.

Apparently it’s all part of the Underbelly Festival in collaboration with The Earls Court Development Company, but whoever’s behind it, we’re all over it.

So if you need us we’ll be watching Paddington 2 or Encanto or Sing 2 or Blade Runner or just kicking back on a colourful deckchair with a chilled beer from Mardi bar and maybe a pizza slice from Dal Napoli.

See you down there.

If you’re wondering where all the smart, chatty, friendly men are next Wednesday, we can actually give you an address.

You see, JAKE – the social group for gay Londoners – is holding its monthly get-together in yet another gorgeous and fun location, namely Mama Shelter’s Garden Room in Shoreditch to be precise.

You get a welcome drink on arrival and the Mama people are throwing in 20% off dinner if you book in advance and mention Jake.

They’re also offering 20% off the price of staying over – again if you book in advance – if you want to, you know, get a room.