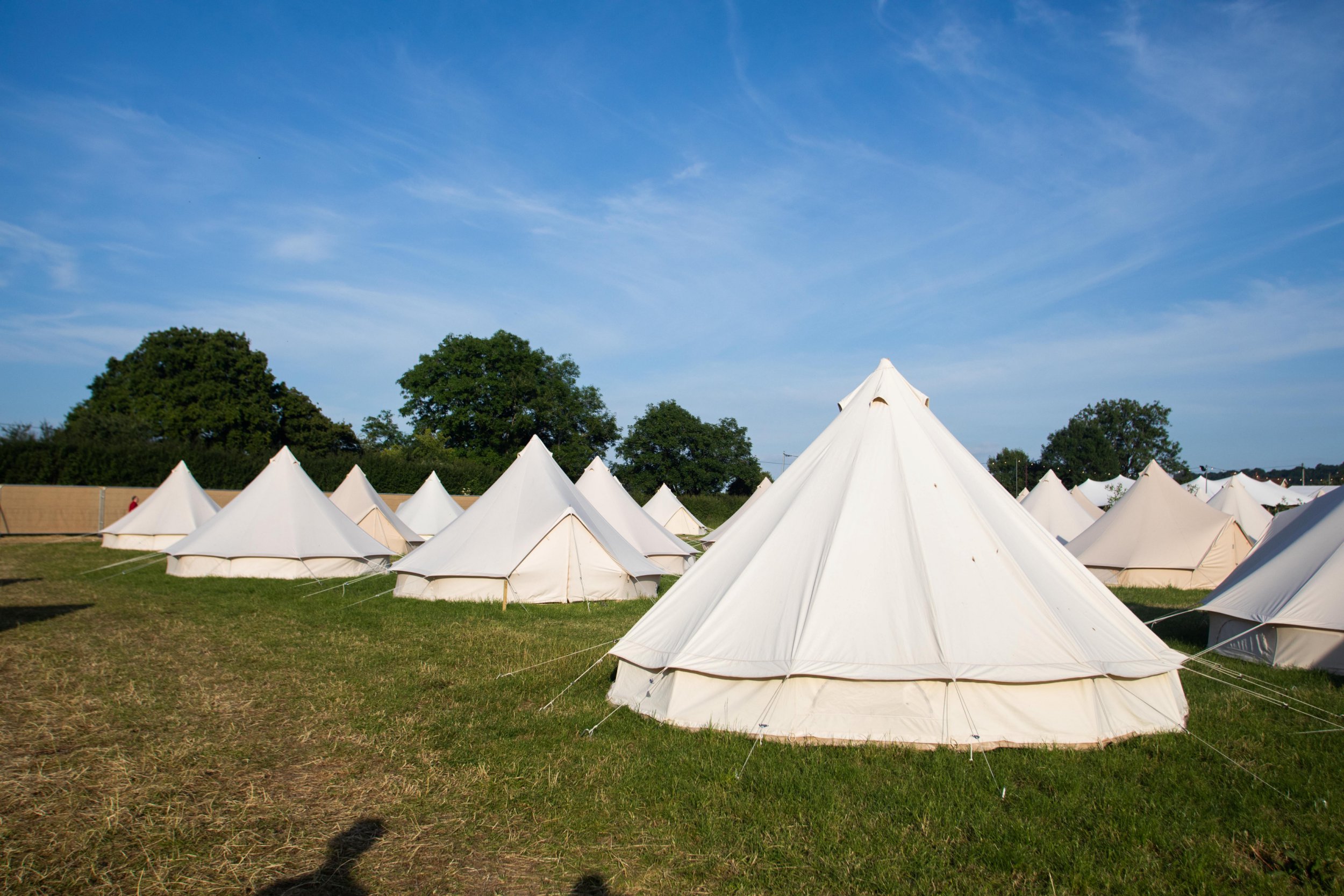 One way people without Glastonbury tickets will be consoling themselves is the fact they don’t have to camp for the best part of a week… especially as thunder warnings have been announced.

But some lucky campers will be living in luxury, as Glastonbury has launched a new glamping option.

Called the Tenthouse Suite hotel, it has a restaurant, bar, spa and pool – costing £24,000 in total for the festival.

The massive canvas structure can sleep 10 people in five bedrooms and includes an en-suite bathroom with a shower and flushing toilet.

It’s basically got everything you could want at a festival – along with fresh towels and toiletries provided for guests.

The giant marquee is lit by orange lights, and a concierge team is on hand to help guests with luggage at the site.

Situated a 10-minute walk from gate D at Glastonbury Festival, its one of several posh accommodation options provided at Glasto by Pop-Up Hotel.

Other accommodation options include colourful one-bed caravans – costing £3,999 – and a converted railway carriage, which sleeps two people and costs £7,499.

More affordable bell tents are also on offe from £2,499, in which up to four people can sleep on floor mattresses.

Guests can opt to have a privately assigned toilet and shower for their use rather than go for shared facilities.

For those keen to avoid the mud, it’s a dreamy option – but at quite the cost.