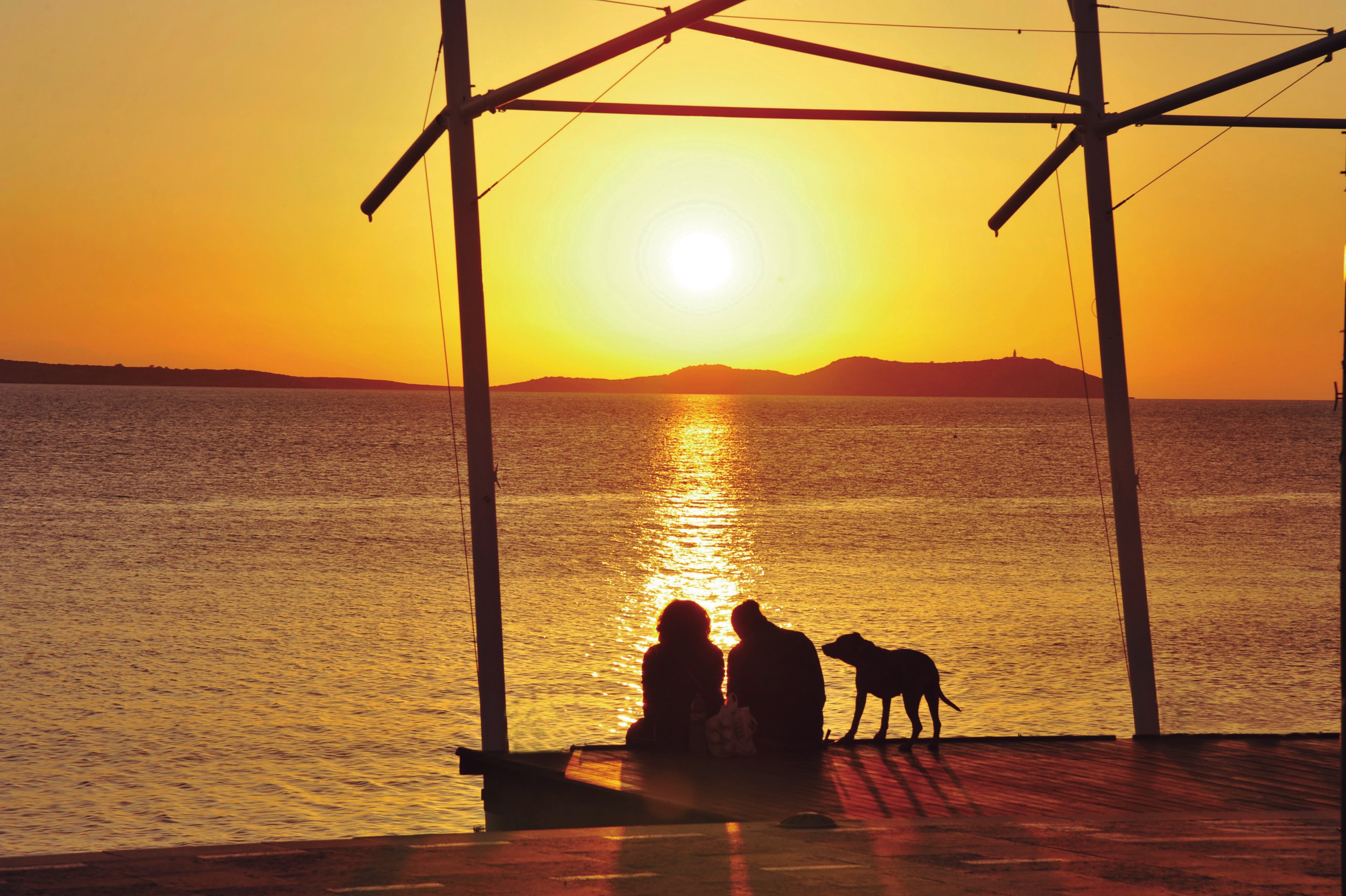 ‘You know, the best time to visit Ibiza is really in the winter…’

I’d often been told this conspiratorially on the party isle over the years but I presumed it was just the potent hierbas talking.

Surely there’s no way a bleak midwinter trip could top the highs of an exhilarating summer jaunt?

Not so. If you’re looking ahead to next winter or willing to put up with the current new restrictions – that is, a health control form and proof of vaccination on arrival, and self-isolation on return to the UK until you’ve received a negative PCR test result (which could just be two days later) – Ibiza without the crowds is a joy.

Although some clubs have extended their nights into December, visitors largely have to find their kicks elsewhere so the fun starts with exploring the naturally socially distanced great outdoors.

Which is why I find myself, one two-and-half-hour flight from London later, not in a sweaty superclub but instead on a hike with Toby Clarke, founder of Walking Ibiza (walks from £25pp).

Winter in Ibiza is more like a state of early spring and the mild, average temperature of 18C means flowers, plants and orchards are in colour, making it the perfect time to explore on foot.

On top of a verdant pine tree-topped cliff, purple flowers making a bright carpet on the wild rosemary bushes below me, I look out into the sun as it reflects off the calm blue Balearic sea. It really brings a whole new meaning to chill-out vibes.

‘In February, it’ll be almond blossom season,’ says Toby as we stomp along the scenic north-west coast by Santa Agnes. ‘Mid-month, there are 5,000 stunning almond trees in bloom. It just about rivals Japan’s cherry blossom season.’

While that Ibizan spectacle is still a while away, I inhale lungfuls of the sea air on our morning walk, feeling rejuvenated at a time when I’d usually be in a sluggish party-circuit slump.

Lucas Prats Ribas, the owner of Can Lluc, the gorgeous agroturismo hotel where I’m staying, tells me that he spends this seasonal downtime with family, his favourite place being Salinas beach, which is normally reserved for the jet set.

He shows me a video of local daredevils running into the sea, as is tradition here, on New Year’s Day. Despite the current pleasant climes, the sea is not quite warm enough for me to follow suit.

For other locals, winter is a time to reconnect with friends they might have missed in the whirlwind of the tourist summer. In the pretty, whitewashed village of San Carlos, I stop by the legendary boho Bar Anita, where famous writers, artists and musicians have hung out since the 1960s.

The buzzy bar is as popular as I’ve ever seen it in summer, with a group of older blokes at the bar, clad in cagoules and chatting animatedly over cortados.

‘We’re busy all year round,’ the barman, Isaac, tells me, pouring me a glass of vino tinto. ‘But winter is when all the people from the villages come together again, as some rent their houses out in summer. I prefer this time of year because it’s not so hot so you can explore the island more.’

I’m keen to see what San Antonio looks like in midwinter. It’s an odd experience. Normally, the island’s unofficial party town is filled with boozy tourists on the main strip.

However, this afternoon the many apartment blocks are boarded up and there are shutters up on the shops and businesses in the surrounding streets.

But then I hear music coming from down near the port and catch the end of a live band playing on a huge stage. Families and groups of friends are dancing around, while others grab a bocadillo from one of the nearby food trucks.

Normally I’d be elbowing through the crowds for a spot at any of the beachside bars but this evening, on the restaurant terrace at Hostal La Torre at Cap Negret, I have the best seat in the house and the falling, fiery sun is just as epic as in midsummer.

It turns out those seasoned Ibicencos might have been right all along about the true peak holiday time on the island. But let’s just keep it between ourselves, shall we?

British Airways flies to Ibiza from London from £43 one way, ba.com. Rooms in Can Lluc start at £243 per night, canlluc.com/en