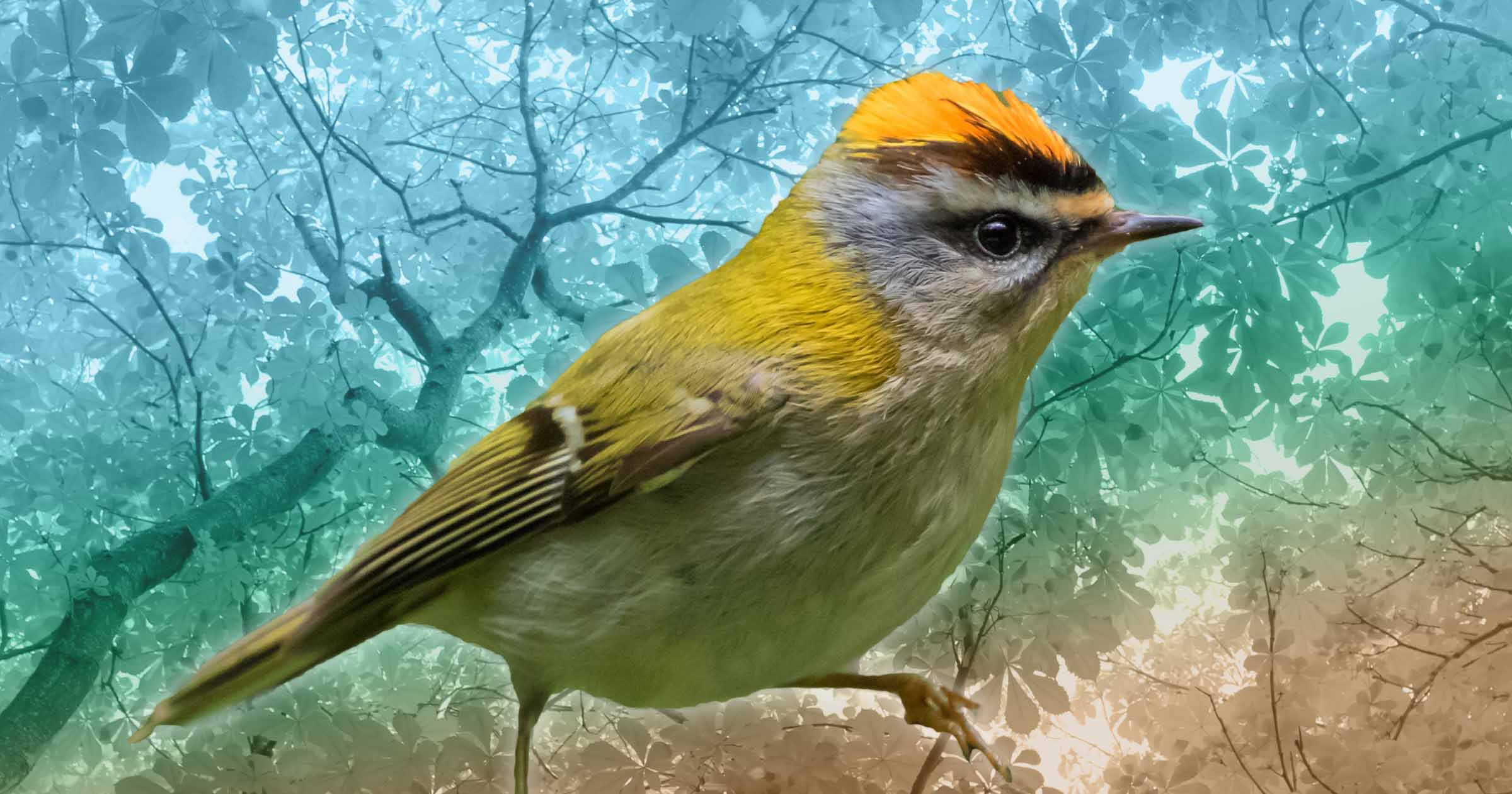 With winter lingering at our backs we head to Kentish woodland on the hunt for Britain’s not-quite smallest bird.

The firecrest may weigh a squeeze more than its commoner cousin, the goldcrest, but at just over 5g you’re looking at somewhere in the region of a 20p piece. Or, if you’ve forgotten what cash feels like, Google suggests five plastic-coated paperclips. Of all things.

Some firecrests do breed in the UK but most are winter visitors from across the North Sea, which makes now a good time to find one, not least because with deciduous trees and bushes yet to come into leaf there’s less stuff for the tricksy little beggars to hide behind.

I’ve only seen a few – four maybe – so they still count as a massive treat, novelty having its special appeal. And they’re a beauty.

We park at Denge Woods, near Canterbury, and there’s a search and rescue-dog training exercise taking place. This is a bit weird until we realise it is only an exercise and not a huge missing persons hunt.

‘Don’t worry if you see someone laying on the ground,’ says one of the trainers. ‘Unless they’re really not moving,’ adds another. ‘In which case whistle and we’ll come.’ OK, lad.

Into the woods and within a few minutes what sounds like an aviary – twitter, chitter, chatter, chirrup.

It’s 50 or so siskin feeding at the top of some alders – neat little finches they are, the males humming yellow against the blue sky.

Invigorated we walk on until ‘THERE!’. A tiny thing, flitting and bobbing up in the ivy.

Is it a goldcrest or a firecrest? Come on you swine, show us your face.

Orange crest or yellow? Neck aching from craning, ivy leaves in all the wrong places until BOOM. Orange. YES.

We watch it hopping about feeding for 15 minutes. And then there’s another. The woods, the last of winter, on fire just a little.