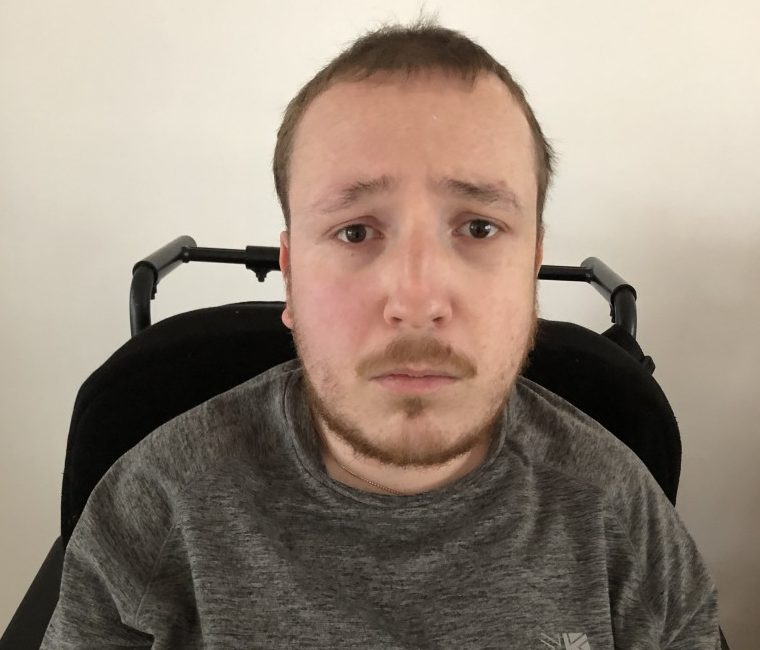 You would think that renewing a passport would be a straightforward process, especially now the website allows you to upload your own digital photo – cutting out the need to visit your nearest photobooth.

However, for me, as a full-time wheelchair user, it has been anything but simple.

I almost refused to believe it when I received the email confirming that the photo for my new passport had been rejected. Especially since the automated check said that it was fine.

Alas, no, an automated email from the passport office said that my photo, with the handles of my wheelchair visible in the background, ‘didn’t meet the standards set by the International Civil Aviation Organisation.’

My application online confirmed the reason for rejection: there was an ‘object in the background’, which I can only assume were my wheelchair handles, since there were no other objects or people present in the shot.

What followed was an immense feeling of pure helplessness, coupled with absolute rage. My vital mobility aid had effectively been dismissed with the automated response implying that I could simply be photographed without it – as if it was an ornamental clock or potted plant. Well, no – it is an extension of me. It is my legs!

So, I rang the HM Passport Office to explain my situation. They couldn’t help me, except to say that I would need to contact my GP and obtain a letter detailing my disability and why I needed to be sat in my wheelchair for the photo. The letter would then have to be posted, rather than submitted digitally, just to add to the inconvenience!

After the call, I was even angrier. I wondered exactly why the handles of my chair were so problematic as to require me to go to the added effort of involving my GP.

This was when I almost reached breaking point. I rang my GP surgery to request the required evidence, only to be told that it was not possible to do so over the phone, and had to fill in an online form.

Not only that, but I was also informed there would possibly be a charge attached to my request. Now, as someone with a severe form of cerebral palsy, which prevents me from being able to work, the spectre of an unknown charge on top of what I had already paid for my passport is not completely insignificant to me.

Furthermore, I had no idea when I would receive a response, and with continued emails from the passport office reminding me that I ‘must submit a new photo,’ I became increasingly fearful that my application would be cancelled if this was not resolved quickly.

In desperation, my parents decided to lift and balance me on a stool, and after several attempts, managed to get an acceptable photo.

I felt a sense of being degraded as a result of having to have my photo taken on a very uncomfortable and unsuitable stool. I was literally being held in place by my dad who was out of shot while mum took the photo.

Having gone through all this, my overwhelming question was: ‘Why?’ Why should wheelchair users have to either pay to obtain and to submit evidence to prove that we’re disabled, or be forced to sit precariously on a completely unsuitable chair in order to satisfy the passport office?

After all, a non-disabled person would never have to contemplate doing any of this. In my view, the problem lies within the structural fabric of society. Wheelchair users and disabled people in general are often perceived as an inconvenience to be managed, rather than as human beings of equal societal worth.

So, what can be done? As a starting point, I see no reason there could not be alterations made to international aviation regulations to allow disabled people who cannot easily meet the photo requirements to self-identify. Wheelchair users should not have to go to the added effort and expense of having to prove that we are wheelchair users when attempting to acquire a passport.

The very fact that my wheelchair handles were visible in my initial (rejected) photo should be proof enough.

After all, full-time wheelchair users like me will be turning up to have our passports inspected while sitting in our chairs. Furthermore, we will always need to be seen by a human, as E-Gates are inaccessible to us.

There is also a wider issue beyond travel and aviation: the potential for continued marginalisation of wheelchair users and other disabled people from society. The MP-backed proposals for voter ID in the Elections Bill risk disenfranchising anybody who is likely to have difficulty obtaining a passport, particularly if they do not already have a driving licence.

Additionally, the upcoming Online Safety Bill will mandate the use of age verification through official ID to access certain parts of the Internet. Through my personal testing, many of these apps are not designed to be used while sitting down (one even instructs people to stand).

This gives rise to the possibility that many non-ambulatory disabled adults could be cut off from legal content, just because, through no fault of our own, we cannot fulfil the requirements to be granted access.

Disabled people like me do not choose to be disabled, but society continually makes a constant institutional decision to either pretend that we do not exist, or that we must fit in around socially constructed barriers to equal access.

This must change, and I will never stop campaigning to make that happen.