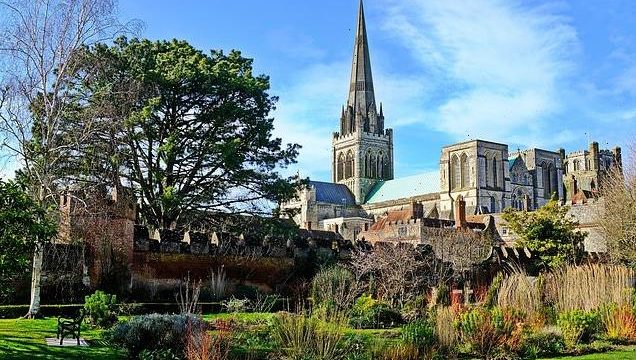 Britain at its best: Inside the exquisite ancient city of Chichester, home to a ‘mini Tate’ art gallery, eye-catching cathedral and a Roman palace bigger than the Queen’s London residence

As we squelch across a soggy field on the outskirts of Chichester, Rob Symmons bends down and plucks something from the soil, like a prospector spotting a gold nugget.

‘Yes,’ he nods. ‘It’s part of a Roman roof tile.’ He brushes off some of the mud and hands it to me. ‘It was probably made locally.’

History lies deep in this corner of West Sussex. Rob is the curator of Fishbourne Roman Palace, an ancient building which itself lay long buried beneath the soil. 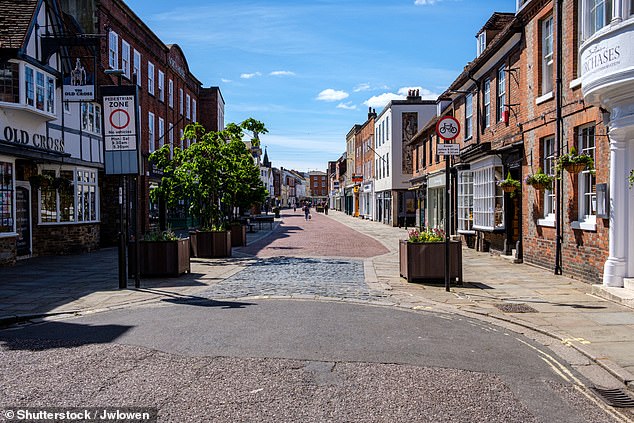 Although it’s a city, Rebecca Ford says Chichester ‘feels like a market town’

Built in the 1st century AD, it stood for some 200 years until it was abandoned after a fire and was rediscovered only in 1960, when a workman was digging a trench for a new water main.

Excavations gradually revealed the remains of a lavish building, with mosaic floors, underfloor heating, a bath house and formal gardens. It was larger than Buckingham Palace and clearly designed to impress.

Fishbourne sits near the tip of one of Chichester harbour’s tidal inlets. This vast natural harbour, with its creeks and saltmarshes, covers more than 9,000 acres and sits some distance to the south-west of the city. 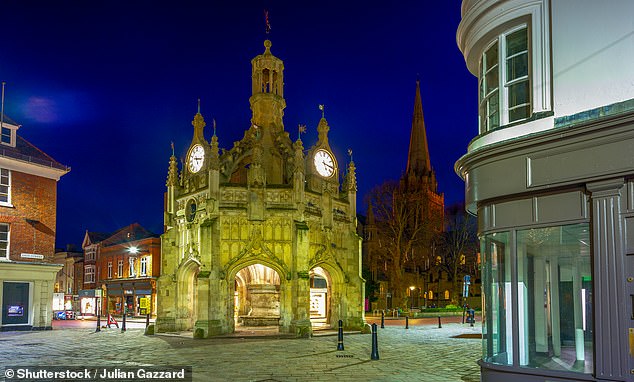 A view of Chichester’s 16th-century market cross, with the cathedral behind 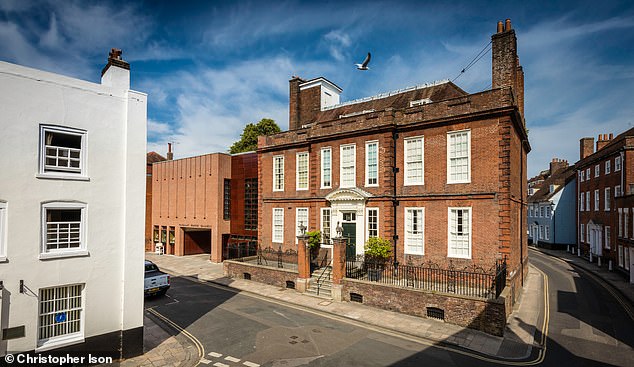 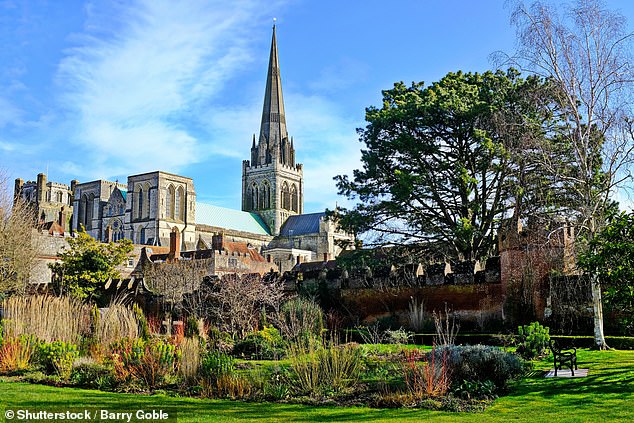 Work of art: Chichester Cathedral is of Norman construction, with ‘medieval carvings and grandiose tombs’ 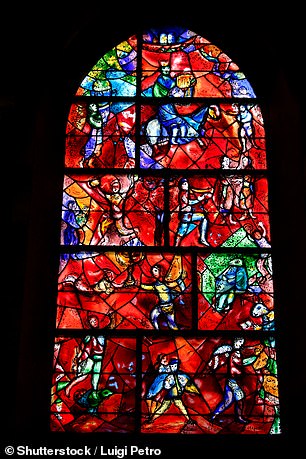 Today it’s noted for its rich bird life, a place where egrets slip silently through the reeds and curlews call from oozy mudflats — but in 43 AD it was a safe port for invading Roman forces. The conquerors installed Togidubnus, a supportive tribal ruler, as regional governor. He ensured there was no local resistance, and was rewarded with this palace.

Chichester, a couple of miles to the east, has similarly ancient origins — the Romans named it Noviomagus Reginorum ‘New Market of the Proud People’ — but this isn’t a city that has felt restrained by history. Far from it.

Perhaps its most famous landmark is the Festival Theatre, just outside the old city walls. This modernist building celebrates its 60th anniversary this year.

Its stage breathed new life into British theatre, and set the scene for Chichester to become a home for the contemporary arts. At Pallant House Gallery, an elegant Queen Anne town house, I find a dazzling array of modern British art.

Built for a wealthy wine merchant who reputedly liked to pop onto the roof terrace to watch for distant ships bearing his cargo, the gallery feels like a mini Tate, but calmer and less crowded.

Its core collection was bequeathed by an art buff — Walter Hussey, dean of Chichester Cathedral from 1955-1977.

Then I wander over to the cathedral and discover that it, like the city itself, is full of eye-catching juxtapositions. It’s of Norman construction, with medieval carvings and grandiose tombs.

But there’s also a stained-glass window by modernist artist Marc Chagall, which blazes crimson against the soft grey stone.

Although it’s a city, Chichester feels like a market town. There’s a 16th-century market cross, a jumble of medieval and Georgian architecture, but its Roman heritage refuses to be forgotten.

In the Novium Museum, I find the remains of a public bath-house. Built around 69 AD, it was discovered in the 1970s when the authorities were trying to build a multi-storey car park.